Commentary and Bible Study on the Book of Daniel

by Ronald A. Clower 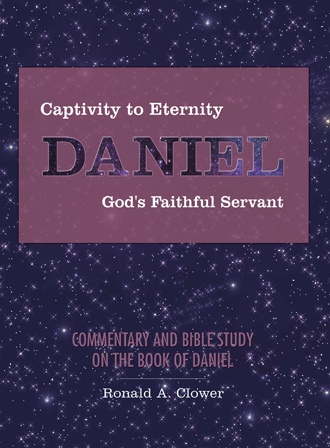 10:5 – 6: Daniel’s last vision began like none of his earlier visions. This was a new revelation or method of conveying a message. This vision contained no image or vision of beasts or years of sevens. Daniel’s final revelation began with the vision of “a man dressed in linen.” As a student of prophecy and God’s Word, there can be no doubt in my mind that what Daniel witnessed was the Person of Christ – the Son of God. We have already seen the pre-incarnate Christ working through Daniel in previous chapters; however, in this vision of Christ, Daniel did not see Him as pre-incarnate, but rather as post-incarnate – as the glorified Christ – Jesus Christ after His ascension into glory. Daniel’s vision strikingly parallels the vision given to the Apostle John: “I turned around to see the voice that was speaking to me. And when I turned I saw seven golden lampstands, and among the lampstands was someone ‘like a son of man,’ dressed in a robe reaching to his feet and with a golden sash around his chest. His head and hair were white like wool, as white as snow, and his eyes were like blazing fire. His feet were like bronze glowing in a furnace, and his voice was like the sound of rushing waters” (Revelation 1:12 – 15).

It is of utmost importance for us to note here that Daniel’s final vision (contained in these remaining three chapters) and the Apostle John’s vision in the Book of Revelation both begin remarkably in the very same manner – with a vision of the Risen Lord, Jesus Christ. That would suggest to us today that the prophecies contained in both visions represent the most significant prophecies of end-time events to be found in the Word of God. Both visions find their fulfillment with the return of Christ to earth to establish His eternal kingdom; and thus, Christ gives both prophets His personal endorsement.

10:7 – 9: Although there were other men with Daniel, only he saw the vision. The Apostle Paul had a similar experience on the road to Damascus: “The men traveling with Saul stood there speechless; they heard the sound but did not see anyone” (Acts 9:7). Paul, however, fell to the ground and was blinded by the vision of the glorified Christ. The vision of Christ had a transforming effect on Daniel, physically, as well it should. The effect was similar to, but obviously more intense than his first encounter with the angel Gabriel. Daniel became “helpless,” his “strength left” him, and his “face turned deathly pale.” As a result of John’s vision of Christ, the apostle said that he “fell at his feet as though dead” (Revelation 1:17). Humans simply cannot stand in the holy presence of God. 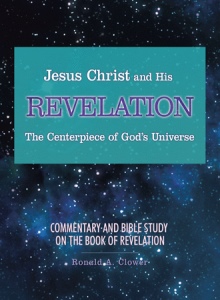 Jesus Christ and His Revelation The Centerpiece of God’s Universe
Ronald A. Clower
$23.95 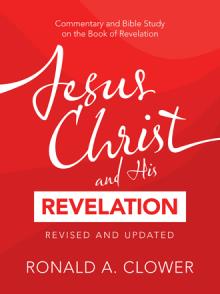 Jesus Christ and His REVELATION Revised and Updated
Ronald A. Clower
$23.95

The Book of Daniel is one of the Bible’s richest—full of astounding historical events and prophetic visions that for centuries have helped readers realize God’s plan for mankind and His covenant people.

This commentary and workbook, the result of several seasons of intense research by author Ronald Clower, presents a concise, verse-by-verse study of Daniel that explores not only the life of the prophet himself but the book’s setting, stories, and foretastes of the future—some of them already fulfilled and some of them yet to be. The chapters are supplemented with illustrations and material on related topics, and each one includes separate questions for review and discussion, inviting both personal use and classroom or group study.

Clower’s work will carefully guide you through this exciting Old Testament book, helping you connect its truths with the whole of Scripture and the centerpiece of the entire gospel, the Lord Jesus Christ—the One who was, and is, and is to come.

Ronald A. Clower, a graduate of the University of Georgia, spent fifteen years as a successful entrepreneur in wireless technology and seven years as a general contractor and developer before retiring to focus on his first love: the calling to ministry and mission. He currently manages an online ministry to promote the reading and understanding of God’s Word (CenterpieceMinistries.com) and has also written Jesus Christ: The Centerpiece of God’s Universe. He resides in Georgia with his wife of thirty-two years. Together they have two grown children.