The Rise of Abaddon

Revelation Revealed in the 21st Century 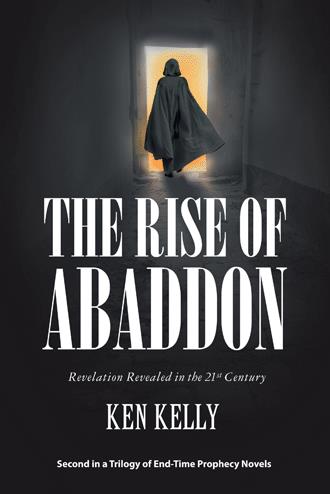 Abaddon strolled into level seven with his usual air of pride and ownership. He wrinkled his nose at the same old environment: perfect weather and lush greenery. It was so boring to him. He pulled his hood as far forward as possible—the infernal light was most perplexing. Ever since he had been given levels three and six as his primary domains, he had learned to enjoy the darkness much more. Abaddon licked his lips, raised himself up on his toes, and strutted forward at a fast pace.

Archangels Michael and Gabriel leaned against the corral fence that housed the stallions. “Welcome back, Abaddon,” Michael said with a smirk. Archangel Gabriel turned to look at the visitor.

“Michael, you’re the most annoying being I’ve ever known—stupid as well—passing up an opportunity to be part of my plan. Both of you can wipe those phony smiles off your faces. I’ve come to retrieve what is rightfully mine.”

“You have come because the Lord has summoned you,” Michael said, smirking.

Abaddon gritted his teeth. It irritated him when anyone saw through his lies and deceits. “You’re quite full of yourself, Michael. Before I return to my kingdom, I want to speak with the carpenter.” Abaddon emphasized the word carpenter.

Jesus appeared out of thin air behind the serpent of old. “What do you want?”

The evil one spun around and looked at Jesus. He noticed Jesus had brought two guests, Chris and Michelle O’Malley. Abaddon ignored Chris and Michelle and looked back into Jesus’s face.He sneered. “Do you know what pathetic creatures the Almighty created on level three? The worst are those new believers who fell for your stupid rapture trick of bringing some of their friends or family here to level seven. That little act caused some to panic and claim they have accepted you as their Messiah. They’re still a bunch of fakes. When push comes to shove, they’ll deny you and follow me.” Abaddon displayed no signs of intimidation when Jesus looked sternly at him.

“Abaddon, I’ve had enough of your accusations. Your time of freedom to enter my realm and cast disparaging remarks about my followers in level three is soon coming to an end.”

Abaddon’s nostrils flared. He held his breath for a moment and let it out slowly. He responded with a superior tone. “You never can keep me from heaven whenever I want to enter it. The Almighty understands my potential and has given me full access to this place you call your realm. I may have been ordered to go to earth and rule it, but he knows that I’ll ultimately be in charge here as well; so it won’t be your realm for long.”

Jesus ignored Abaddon’s arrogance and changed the subject. “I believe you have come for the big red?”

“I don’t want to stop you.” “Michael.” Jesus looked over at his archangel. “Please go and retrieve the stallion for our guest,” he said in a friendly tone. Michael turned and opened the corral gate.

Abaddon’s eyes widened as Michael entered the corral. The archangel went into the horse shed and took the lead rope of the red stallion. Michael whispered in the horse’s ear, “You and the evil one will become one again. Maybe you’ll return to us. Maybe not. That is our Lord’s decision. Do what you must to fulfill your destiny.” Michael walked out of the stable and stood still, holding the reins to the most beautiful red bay stallion ever created.

Abaddon’s stomach churned with excitement, and he released a sigh of appreciation. His eyes narrowed, and he visualized what he would accomplish with the big red. Together they had almost reached completion before, and this time he knew the outcome would be in his favor.

Jesus looked at his nemesis, having heard his thoughts, and said, “It’s saddled and ready for you to mount.”

Abaddon brushed past Jesus and nudged Michael out of his way. Grabbing the reins, he slid onto the back of the fiery red and reached inside his robe, revealing the bow of war he had been given when he rode the white stallion of peace. He reached inside his garment, and a sword appeared in his right hand. He looked down at Jesus. “With this sword, I’ll cause war and destruction such as the earth has never imagined, and they’ll all bow down to me when I rescue them.” Abaddon kicked the big red’s flanks. Its muscles grew taut, and its nostrils flared as the head rose and fell with anticipation, like a racehorse in the gate ready to take on all rivals. As they galloped out of the corral, Abaddon’s voice rang out, “Now, my red, let level three feel our coming!” 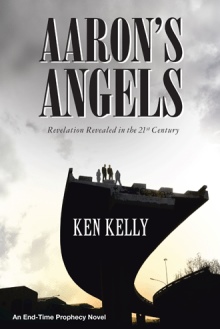 Abaddon’s thirst for power and his blinding pride has taken him on a path that has led him into the first half of the tribulation. He has the mind and emotional control of most of the world leaders from the east and west and has a diabolical plan to play both sides to his advantage. His ultimate goal—to rise to world dominance and proclaim himself as the Messiah.

Cindy is Nef’s right-hand advisor, Aaron is his dedicated friend and follower, and James his army general. Abaddon is using these three as top lieutenants serving his cause. Chris has been raptured and is communing with Jesus about his A team’s future. Following the rapture, CJ and Brad have dedicated their lives to Jesus and to developing the underground Christian church of Symrna. The rise of Abaddon unfolds with help from his demonic angels and support of unsuspecting world leaders.

Since being saved at nine years old, Ken has used whatever environment the Lord has placed him in as an opportunity to spread God’s Word. Ken has served as a youth director, elder, and Bible teacher throughout his adult life. In 1987 God called him to Biblical prophecy, and in 2007 he formed the foundation for a fiction book about Jesus’s second coming to help others understand the visions that the apostle John saw as he peered into the 21st century.

Ken has been married to his best friend for over fifty years and has three sons, two daughters-in-law and four grandchildren.