Revelation Revealed in the Twenty-First Century 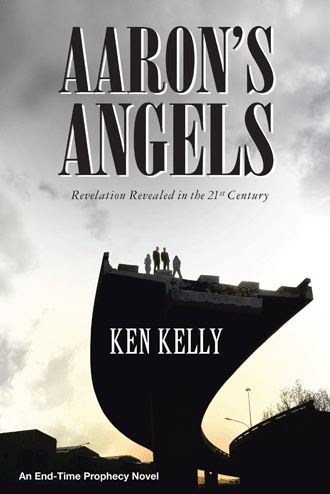 Aaron had heard that Chicago was called the Windy City, and today’s weather brought new meaning to the word cold. The biting chill stung him to the bone, and Aaron was determined to get to a warm place as soon as possible. He slipped down an alleyway, a shortcut to his training, and a place to thaw out—the local Jewish temple. Aaron generally avoided dark alleys. As he had learned long ago, being confined in a narrow passageway was not smart. One of the reasons his father had moved him and his mother to Chicago was because some of his anti-Semitic classmates in New York City liked to use him as a punching bag. His father wanted him to be safe and to enter high school with a fresh start.

Aaron was of slight build and stood five-foot-five. Dark brown hair capped his dome and covered much of his high forehead. His facial features were pleasant—eyes that expressed intelligence and a face accentuated with a great smile. He had inherited his dad’s hooked nose, which bothered him at times. He was well spoken and had an outgoing personality.


As he proceeded down the alley, he was thinking about the two classmates that sat behind him in math class that morning and how they’d offered him money to lean to the left or right during the upcoming geometry test. Aaron was proud that he was skilled at math, especially since he was a freshman and had been allowed to skip the first two years of algebra. But the pride he felt changed to shame as he realized that he was being dishonest in helping them, so he tried to justify his behavior.


Aaron walked at a brisk pace as he thought about it. I’m no cheater, but what could I do? They’re a lot bigger than me and could beat me to a pulp if I challenge them. I can’t control what they do if I happen to lean one way or the other. Maybe I can make some new friends if I offer them free tutoring classes. I can’t help it if God graced me with common sense and an excellent brain. I like helping people, and they just may accept me. Aaron tried desperately to convince himself that he was not corrupt.


“Oh, crud, I’d better get to studying, or Rabbi Cohen will kill me,” he said out loud to no one in particular as he strode through the alley.


Aaron pulled his yarmulke out of his back pocket and pinned it to the crown of his head. He began to think of the verses he had to memorize from the Torah. He’d had his bar mitzvah eight months earlier, and being introduced into adulthood had been electrifying. Being a rabbi like his father didn’t interest him, but he also had no intention of bringing the wrath of his papa down on his head either. His dad insisted that he needed to have a good command of the Holy Book.


It is what it is. Besides, Cohen will be angry if I’m not ready today, Aaron thought with a sense of urgency. He reached into his shirt pocket and pulled out his memory verses. As he held them up, he turned and saw something out of the corner of his eye. It was Billy Lasco, the meanest bully in school, and he was entering the alley behind him. Aaron put the memory cards back into his pocket and started walking faster, but he didn’t dare run. He recalled that in his outdoor nature class, the teacher had said, “A certain way to get a bear or lion to attack is to run.”


That morning breakfast had been a glass of milk and a piece of toast. Billy’s dad fixed eggs some mornings, but this morning hadn’t been one of them. His dad was still passed out on the couch from last night’s binge on dope and good whiskey, so Billy’s mood was set for the day. Just as Avarice had planned.

Avarice was eager to please. He was tired of level six and excited to take part in a new earthly assignment. When he joined the rebellion in heaven, he was a beautiful angel, but his extended stay in level six had caused his body to morph into a hideous imp. The only way to move up in rank and power was to do the bidding of Abaddon and to keep the rest of his superiors happy. He was terrified of General Raze but could tolerate Colonel Odium. When he was seldom in the presence of Abaddon, he could barely utter a word out of fear.


Avarice was excited about his task. He bounced around the room, observing Billy all morning. His demonic friends had done a great number on Billy’s dad last night, and he knew that it would help set the stage to easily fulfill Avarice’s mission. The colonel had taught Avarice that hate is always intensified when a child has to deal with a neglectful and abusive parent. Avarice smiled as he, Colonel Odium, and General Raze easily pushed their way into Billy’s essence. The young bully was already possessed with a small army of demons who recognized the power of their three new companions and fled.


Following Aaron into the alley, Billy felt a shiver up his spine. He ignored it. Billy looked at his two friends and muttered, “Guys, there’s that new Jew boy from school.” Not having any close friends, Billy had managed to coerce some delinquents to join him in his small gang of thugs.


“We hate Jews, right?” Tommy announced with disdain as Colonel Odium made the transfer to Tommy. Tommy was weak in spirit and short in smarts, but he was a fierce fighter when the occasion arose. The colonel planned on using that to his advantage. Tommy was a good five-foot-nine and well-built with messy brown hair… 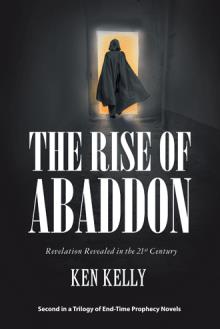 Abaddon’s goal is to derail the carpenter’s prophecies and prove that he deserves his rightful place at the right hand of the Almighty. First, Abaddon must focus on four burgeoning hindrances: Aaron, the young Jew chosen by the carpenter to be placed on Archangel Michael’s protectorate list; Cindy, the precocious cheerleader who has appointed herself leader of the A-Team; James, the son of a war hero who aspires to emulate his father; and Chris, the rebellious son of Christian parents. They form an unbreakable bond. To triumph, Abaddon must destroy them or turn them into allies.


As the forces of good and evil do battle to influence the A-Team, you will embark on a journey with Aaron, Cindy, James and Chris as they mature into adulthood and begin an adventure that takes them face to face with the coming Antichrist in Aaron’s Angels, book one of a trilogy.

Since being saved at nine years old, Ken has used whatever environment the Lord has placed him in as an opportunity to spread God’s Word. Ken has served as a youth director, elder, and Bible teacher throughout his adult life. In 1987 God called him to Biblical prophecy, and in 2007 he formed the foundation for a fiction book about Jesus’s second coming to help others understand the visions that the apostle John saw as he peered into the 21st century.


Ken has been married to his best friend for over fifty years and has three sons, two daughters-in-law and four grandchildren.