His Call for the Seasons: Fall & Winter

A Devotional for Youth 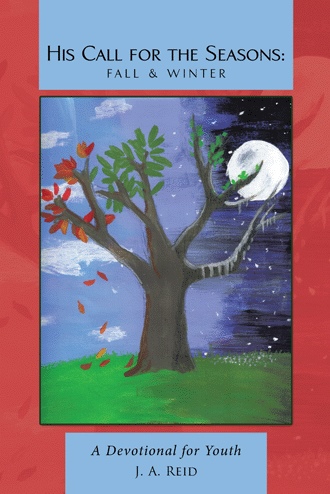 “When she first heard the popping sounds, she really didn’t know what to think. It sounded like those black cats they would set off at the Fourth of July parties she celebrated with at her aunt’s country home. Yet, it was really out of place. The teacher had left the classroom moments earlier to make some copies. The kids in her classroom, waiting on their teacher, were all looking around with consternation on their faces, a “what is going on?” captured in their eyes. Brian got up first and went to the door. He looked through the glass window that had a view of the hallway. “Get down!” he squealed. “There’s shooting!”

All the students sprang into motion with terror. Several of them headed towards the windows that looked out over the school yard. Some froze in panic. Screaming started. The popping noises got louder. Screams came from the hallway….”

Jeanetta read the narrative off of the internet. There was talk that this particular incident was going to be a made-for-TV movie, taking in several of the school shootings from Columbine to Virginia Tech.

Required to write a report for English class on a current event, Jeanetta had chosen school shootings. A shooting on a school bus three towns over had been her motivation. Now that her research had led her to more noted events, she was feeling overwhelmed at her findings

Turning away from the computer to look at her mother, she asked with fear in her eyes, “Mom, why would someone do something so awful?”

Her mom came over and sat down beside her as Jeanetta searched through the internet, scrolling through the different articles and events. “Jeanetta, there is no easy way to sum up what you see. There is evil in our world. The main focus for Christians, however, is to be a force for good.”

Looking over at her daughter, her expression registered seriousness with affection. “As long as we live in a fallen world where people are lost and don’t know the Way, Satan will rear his ugly head and there will be this kind of evil.”

Jeanetta, her eyes welling with tears, paused in the scrolling. “But, Mom, where is the hope? I mean, gosh, get on a bus and you get shot; walk into a school room and you get shot. How can a person ever feel safe?”

Her mother lovingly pulled her close. “Jeanetta, we have Jesus. We are never alone. And our time is not in Satan’s hands. Our time is in God’s hands. I promise you, Satan never gets one over on God.”

Jeanetta’s hand cupped over the mouse as she scrolled through some more articles. “But Mom, some of these kids that died were Christians. Why would God let them die such horrible deaths?”

Her mother stroked her fingers tenderly through her daughter’s hair, pausing for a moment in thought. “You know, honey, you’ve read the scripture ‘All things work together for the good to them who love the Lord, to those who are called according to His purpose.’? We may not know why God allows certain things to happen as they do, but I can tell you, everything good and bad that has happened in my life, when I turned it over to God, He brought something good from it. Sometimes a bad situation brings people to Christ that may otherwise never have turned to Him.”

Jeanetta reflected on this, “Yes, I remember hearing one of the girls at Columbine was a Christian and how a book written about her helped other people to know Christ.” She looked tentatively over at her mother. “But, Mom, I’m still just a little afraid.”

Her mom went and located her Bible, bringing it over to the desk where the two had been sitting in front of the computer screen. As her mother pulled out scriptures that shared about Christ’s protection and God’s presence, Jeanetta began to see that God did indeed have her in the palm of His hand, and that she could trust in Him, not only for her salvation, but also with her life.

Laying her head on the pillow that night she read comfortingly, “What time I am afraid, I will trust in thee.” Psalms 56:3;* “Jesus calmed the storm.” Luke 8:24b; and “He will give His angels charge over thee.” Psalms 91:11* 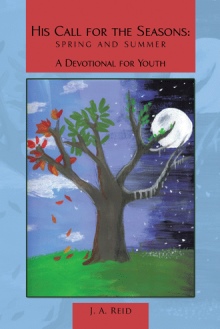 His Call for the Seasons: Spring and Summer A Devotional for Youth
J. A. Reid
$22.95

This is a book that addresses real life experiences for young adults while pointing to Jesus as the Source of hope in difficult times. See some of the following excerpts:
■ “Don’t you ever talk to me that way again!” Tina’s mother scolded her angrily. “You just don’t understand,” retaliated Tina…
■ Bret faced the crowd with sweat breaking out on his temple… “We need to stop this!” Two rival gang members were fighting each other…
■ Sometimes being fifteen seemed to be the hardest thing a person could live through… ”He said he loved me!” Jeannie mumbled to herself. “Yeah, right! ”
■ Bruce walked away from the grave site. The family was still gathered sorrowfully around the casket… How could Johnny have done this to the family?
■ Thomas felt so lonely sitting at the back of the room by himself. Being the new kid all the time made adjusting and finding new friends so difficult…
■ Serena looked down at her stretching belly, feeling the little growth inside her. She was too young for this… just barely a junior in high school.
■ Candace walked to the window and watched the kids down below playing together. She had come upstairs for a moment of peace… the bruises on her upper arms no one could see…
■ Jennifer coasted her wheelchair over to the lunch line. She hated this time of day!

J.A. Reid has been story telling since her pre-teen days. As a young teen she wrote her first book, creating the illustrations. With a vivid imagination and love for reading, many of her stories have come from personal life lessons. Becoming a Christian at age 12, she was active in a Christian youth group called “Youth Ranch.” She stayed active in ministry, worked as a youth ministry secretary for a number of years, was a youth counselor, and helped lead worship music. Raising three teenagers of her own and being a mother to seven exchange students has opened the door for more opportunities to enrich her life with youth. Her love for the Lord and desire to see young people know Him and His solutions to life’s problems is the major factor that led her to write this book.