His Call for the Seasons: Spring and Summer A Devotional for Youth 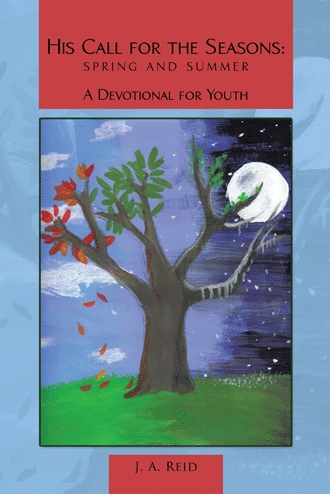 The righteous man is rescued from trouble and it comes on the wicked instead. Proverbs 11:8; Do not be afraid, for I am with you. Isaiah 43:5

Where was her mother? She was supposed to be here now. Her friend Tamara’s mother had already left 20 minutes ago. It was dark and Josie was feeling somewhat afraid. The lights were rather dim in the parking lot and many people had already cleared out of the bowling alley. She now wished that she had encouraged Tamara’s mom to stay but the woman had been in such a hurry to get home to her newborn and relieve the babysitter that Josie had not felt comfortable pressing the issue.

The wind had picked up a little, causing suspicious little noises to accelerate her nervous heart. Just then, that rowdy group of guys who had been causing a ruckus inside the bowling alley all night stepped outside laughing and bantering and shoving each other back and forth. That is, until they noticed her. Then they quieted and one of them sneered. “Ahhh, the little girl that was throwing the gutter balls. I’d be glad to help you with your game, Sweetheart.” He leered at her as he came closer reaching out to play with her hair. Fear caught in her throat as she wished for a way to move away from him. His breath reeked of beer and stale cigarettes.

At that moment one of the guys called out to him, rather nervously, “Hey, Joe, come on and leave her alone, man.”

Shut up, Sam!” The other three guys came closer to her, each a head taller than her fourteen year old frame. Where was her mother? She cried inwardly.

Then Joe again raised his hand to play with her long hair. “I don’t know how your mommy and daddy could let you out this late by yourself.” He grinned as he pulled her hair a little, causing her pain.

“Don’t you tell me what to do, you hear?” With Sam’s nose bleeding, he dropped back to stem the flow of blood with his hand.

“Lord, help me!” rang through Josie’s heart. Then she remembered the scripture verse, “When I am afraid, I put my trust in You.” * A supernatural peace suddenly settled over her. At that very moment a squad car pulled up with lights flashing. Joe quickly dropped back, his cohorts with him. Sam slunk away into the darkness as well.

“Hey, are you ok?” the officer called out to her.

Josie, trembling, came up to the car. “I-I-I’m so glad you came…I’ve been waiting for my mom.”

“Are you Josie Wilson?” Josie nodded and the officer continued, “Your mom had a small fender-bender up the road and is fine but she asked if me and my buddy would hurry and get you while she finishes the report with the other police officers.”

As Josie said a quick prayer of thanksgiving to God for His timely provision, she knew that He was indeed watching over her. She was driven to join her mother, and it was with fervent relief and praise to God that she thankfully embraced her mom and found some comfort in the waning hours of night. 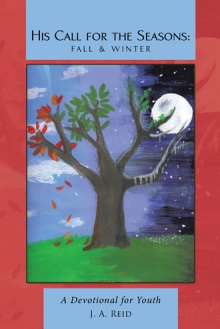 Call out to God….when fear is present:

The shadow was moving behind the curtain again, wafting here and there. It looked so human, like someone was standing on the other side of the glass. Lord, I am afraid. Maybe it is nothing, but I can’t sleep. I’m too afraid to look for myself.

Respond to God…when He is speaking to you:

Back outside he picked up the gas pump handle and started filling up the car. Then he heard it: “That’s the one. Tell her.”

Startled he looked around. Who was talking? The words seemed sharp, firm, commanding. There was no one around him. “Tell her, Terence.” Yes. It was Him.

Release to the Lord… those secrets that haunt you:

Selena had kept her secret for many years…There were days when she wanted to confide in her close friends but fear of their judgment kept her silent.

J.A. Reid has been story telling since her pre-teen days. As a young teen she wrote her first book, creating the illustrations. With a vivid imagination and love for reading, many of her stories have come from personal life lessons. Becoming a Christian at age 12, she was active in a Christian youth group called ‘Youth Ranch.’ She stayed active in ministry, worked as a youth ministry secretary for a number of years, was a youth counselor, and helped lead worship music. Raising three teenagers of her own and being a mother to seven exchange students opened the door for more opportunities to enrich her life with youth. Her love for the Lord and desire to see young people know Him and His solutions to life’s problems is one of the major factors that led her to write this book.