The Way, the Truth, and the Life

Who Is A Christian? What Is Christianity? 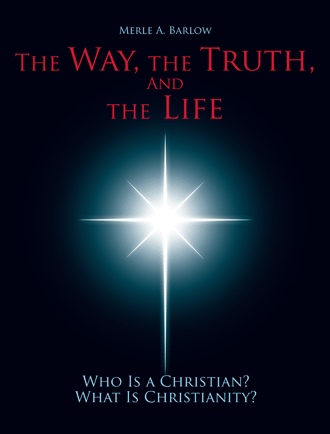 WHO IS A CHRISTIAN? WHAT IS CHRISTIANITY?

The Loving Lord of all Creation did not give us His Word (The Scriptures) that we also know as the Bible to increase our knowledge. His purpose is to change our lives. His specific Plan, as stated by His Word, is that everyone will honor His specific request to receive and trust the Lord Jesus Christ (Jesus is God [Reference John 10:30]) as Personal Savior and Lord. He tells us that we all need Him as Savior, and that we all will live eternally, depending upon our choice, either in Heaven or Hell. If we reject or make no decision for Jesus, we are condemned to an eternity in Hell, but receiving Jesus secures an eternity with Him in His Heavenly Kingdom.

Do you believe this?
Your eternal future depends on your answer to His question.

What is your answer to Jesus?
DEFINITIONS

When you reference a dictionary for the definition of “Christian”, you will find phrases such as “one who professes belief in the teachings of Jesus Christ”, or “a follower of Christ”, or “manifesting the qualities or spirit of Christ”, or more casually, “decent”, or “respectable”. For Christianity, you find “the religion derived from Jesus Christ, based on the Bible as sacred scripture, and professed by Eastern, Roman Catholic, and Protestant bodies.” These expressions are certainly consistent with the Christian concept, but these definitions do not reveal the extent or essence of the Christian nature. Historically, Believers or followers of Christ have been called “Christians” since the days of the early Christian Church in the first century A.D. (Acts 11:26), but prior to that time they were referred to as people “who belonged to the Way.” (Acts 9:2) That is not surprising because Jesus tells us that “I am the Way, the Truth, and the Life: no one comes to the Father, except through me.” (John 14:6) Following are two descriptive definitions you will not find in the dictionary:

(2) Fundamental Beliefs of the Christian Faith
Ø Inerrant Inspiration of Scripture (2 Timothy 3:16)
Ø Full Deity (Holy Trinity – Father, Son, Holy Spirit)
Ø Substitutionary Death of Jesus (Jesus died for you and me)
Ø Resurrection of Jesus (Yes, He is alive)
Ø Second Coming of Jesus (Yes, He is coming to earth again)

WHAT A CHRISTIAN IS NOT

Sometimes it is helpful to describe something by defining what it is not. To dispel some possible misunderstandings, let us examine some of the false notions about the meaning of “Christian” and “Christianity.” Being a member of the Catholic faith does not necessarily mean that a person is a Christian. The same is true for the Judaistic and Protestant faiths. These groups do not define a Christian or Christianity. No denomination (Baptist, Episcopalian, Lutheran, Methodist, Presbyterian, etc.), no cult, no religious group defines Christian and Christianity. In other words, being a Baptist, or a Catholic, or a Methodist, etc. is not equivalent to being a Believer or follower of Christ. Neither will choosing not to believe anything (actually, you cannot believe in nothing, because you are then trusting in yourself – you are your own “little g” god). Some people fallaciously believe that being born as an American automatically qualifies one as a Christian. Others erroneously believe that a Christian is someone living in a “Christian” nation. (Do not be deceived by the notion that America is a Christian nation. Many people and the Media may promote this idea). Similarly, associating or socializing with Christians does not cause you to become a Christian. Neither does mentally accepting or believing the teachings of Jesus cause you to become a Christian (Although, these actions help you understand what to do). Becoming a Christian does not happen because you join or attend some church. The same is true for living a “good” life or being a “good” neighbor. You may be a “better” person (whatever that means) than others, and there will be others “better” than you. So, the question of how “good” do you have to be becomes irrelevant and nonsensical, because, like Jesus says, we are all sinners and need Him as Savior. Obviously, church attendance and membership (The idea that going to church will make you a Christian is similar to believing that going to a garage will make you a car), and living a good life projects a socially positive image which satisfies the “Christian” expectation of many, but it is vital to recognize that it is God’s requirements that are relevant, and not the beliefs, tenets, and doctrines of individuals, organizations, and religions. Some relatively small percentage of the American people and the people of the world are Christians because they know who Jesus is, and since they know Him for who He is, they have trusted and chosen Him as Savior and Lord, and they know that God’s Word (Bible) is true and authoritative. Do not permit pride or the pursuit of pleasure, possession, or prominence prevent you from making the correct choice.

This book describes, from various perspectives, the Love, Mercy, and Grace of someone who loves you and me. Unlike a novel, each of the chapters in my book is an independent topic. Each chapter topic is relatively brief, except the last. The last chapter is a comprehensive presentation of the answers to these questions: “Who is a Christian?”, and “What is Christianity?” My supreme and profound purpose for this book and its content is to proclaim, celebrate, praise, and glorify Jesus, His Faith, and His Truth.

This book is about truth. Conditional and relative truth are human fabrications. Truth has no versions. God is the author of truth. He, and He alone, is the authority for Righteousness, and His Truth will free you from the bondage of sin.