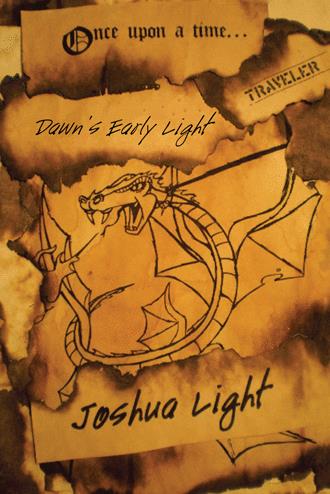 Mia adjusted herself. "What's going on?"
"Like I said. Misunderstanding. They'll release us soon."
"And after that?"
"One thing at a time."
"Who are these people? You work with them?"
"Never seen them before today."
She leaned in to whisper, "Only two of 'em in here. I can take 'em out if you can-"
"Hold that thought. Plenty more outside to stop us."
She slowly settled backward. "Am I in trouble?"
"Strangest thing. He thinks he knows us. Like they've been stalking us."
"Both of us?"
"You saw the photos. They think we can travel time."
She leaned closer, and raised an eyebrow. "Can we?"
"Don't start."
"Be pretty cool."
"Be pretty crazy."
Flander entered the conference room with two lackeys. They flanked the conference table. He glared at Nate for a long moment. His chest heaved, as if contemplating a serious matter, mustering the resolve to act on it.
Mia's whole body instinctively tensed in raw reaction.
Precursors to attack practically radiate from-
Flander produced a silenced, nine-millimeter Jericho, and leveled it on Nate.
Mia sprang, as if electrocuted. Her foot moved in a blur, and struck Flander's pistol hand.
The weapon discharged with a bright, orange plume, but slowly as though underwater. Riding the flame, a hollow-point round emerged in a slow spin, and lazily stopped three feet into its trajectory.
Mia's forward momentum expected Flander's wrist to give, but instead froze, like kicking a concrete wall. The strike's kinetic energy reversed upon Mia, and sent her hard into the wall with a loud thump.
She slid to the floor. "Ow-"
Nate jumped from his chair, and moved to safety. "Are you okay?"
"Yep." Mia rolled backward, moved her cuffs behind her legs, and jumped to standing, cuffs in front.
The entire room was frozen. The digital clocks no longer flipped their second-counters. The tank's bubbles hung suspended. Every fish had stopped moving, like a three-dimensional still-shot.
Wide-eyed, Mia tried to touch the bullet, but her flesh stung from the gunshot residue particles suspended all around it.
"Uncle Nate? What's-"
He whispered, "Stay near me."
Anytime, Marcus.
Beyond the window, birds frozen in flight. A woman in mid-stride with a stroller. Another woman guarded her dress from a strong gust, her hair a horizontal mop. In the park beyond, a dog hung in the air, jaws-wide and a Frisbee within inches of capture.
The room's atmosphere suddenly compressed.
"What's happening-"
A seven-by-seven-foot square section of wall behind Nate transformed into a shimmering surface.
What the-
Two hands appeared through the portal, grabbed Nate by the shoulders, and yanked him away.
"Hey!" She ran headlong toward it, but the portal evaporated. "Uncle Nate!" She pounded the wall hard, and growled in frustration.
She faced Flander, and the frozen plume, the bullet's stasis, and swallowed.
He's really done it.

The travelers are back, with supercharged push-button technology to control time and space. A martial-arts prodigy and a counterterrorism agent are swept into the pre-Flood world where hideous giants are at war with mankind, aided by spirits with frightening powers. While history accommodates them, it also constrains them, requiring cunning and creativity to affect justice and to rescue the doomed as their skills are stretched to the limit.

Light deals with the genetic corruption preceding the Flood and how modern genetic enhancement plays into this model in the Last Days. He integrates potential pre-Flood physics and cosmology with the possible technologies available to the first generations of humanity.

The biblical dawn of man included gargantuan animals, strange landscapes, and spirit-born technologies, an early light of brilliance snuffed out by sin and violence. Dawn’s early light will shine again upon the Redeemer's return.

Joshua Light has spent over thirty years deeply immersed in cutting-edge technology and innovation. He has extensively studied creationism, the end-times and approaches each firmly lashed to the Scripture. He has a sweet and beautiful wife of thirty years, three wonderful children, a daughter-in-law and two grandchildren.