Once Upon A Time Traveler

The Reluctant Tourist and the Hitchhiker 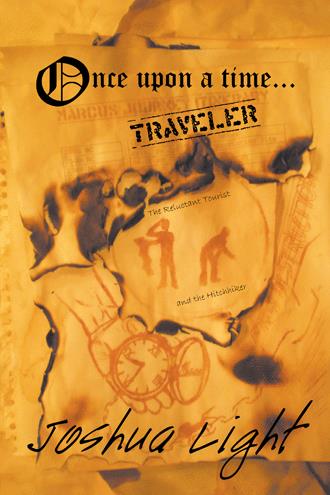 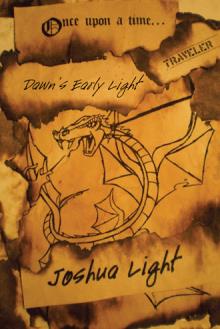 Three brilliant scientists harness the power to fold time and visit the past and future like a common tourist. One scientist formulates a tour of Biblical events because he believes in God, but the tour is reluctantly and accidentally traveled by a scientist who does not. What will unbelieving eyes see, and how will they interpret the most significant supernatural events of all time?

The tour embraces world history from the beginning of creation and into the future, where Biblical prophecy tells us that dangerous people will control the whole world, countless millions of people will evaporate, and society will plunge into darkness.

What if a time traveler visited just two years into the future after the Biblical Prophetic clock has already started ticking? And then catapulted into the past, where Earth is like another planet entirely? What kind of world, and what kind of tribulation would he find? And as an unbeliever, how would he respond to it?

Light deals with the issues of Biblical prophecy, recent young-earth creation, a literal and startling twist on how things were, and how things will be. Set aside the notions of being left behind, and embrace the idea of being brought along, in the circuits of Earth’s end-to-end timeline.

Enter a future we’d rather forget, and a history that nobody remembers.

Joshua Light synthesizes prophetic events and personalities of the Last Days, modern musings of science, recent discoveries in the Earth and Heavens, and the Scriptural record of a world destroyed by water, to reveal a chilling consistency pervasive throughout history: that mankind is not alone and forces of both light and darkness want to affect his fate.

Light takes the subject of time-travel directly to Scripture, answering the questions: Is time travel possible? Is time a fabric or just a concept? Has anyone ever traveled through time and lived to tell about it? Are there rules for time travel? Has anyone seen the future and shared its reality with others? What is the meaning of “time”?