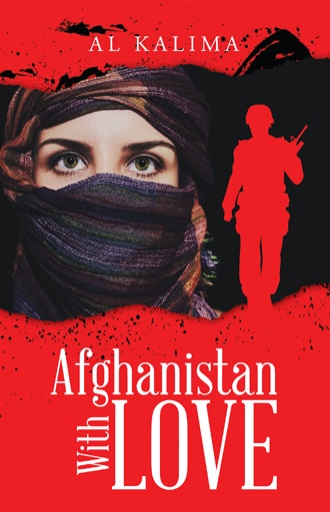 Alex, handsome and tall with his noble head of blond curls, piercing blue eyes over a hawkish nose and a heart full of adventure, was on the last watch, looking forward to the beautiful wash of colors that painted the sky as the sun rose. Suddenly he felt the ground shaking with the pounding of hooves. He sat up and felt his colleagues come alert at the same moment. On top of the mountain to their right came a figure on a horse riding very hard towards them. Just before it reached their hiding place, the horse veered to the left and kept going. By the beardless face and the mass of reddish-brown hair flying behind, they deduced that the rider was probably a woman.

Hard at her heels came other horsemen, maybe about six of them. She was very fast but they were not making real efforts to gain on her. The Americans watching from their hiding place willed her to move faster and outstrip them. Suddenly she literally flew off the horse and landed a few feet below them and lay there immobile – stunned, unconscious or even dead but the horse kept going. It was a well-known trick. There must have been a nearly invisible rope stretched across the path that the rider had not seen. No wonder her pursuers were not making more serious efforts to catch up with her - they knew they could pick her up easily after she fell.

As the Americans continued to watch, the horsemen came up to her and surrounded her. They came down from their own horses and just sat around until she groaned and started coming to. She looked very young and had defiant, flashing green eyes. She must have known what was in stock for her but her immediate emotion was anger at her tormentors, and at herself for having fallen to their trick. The Americans could not understand the words the horsemen exchanged but they could well imagine what they were saying to her. She stared at them defiantly, challengingly and whereas she was not verbally replying to their taunts and threats, her expressions were eloquent. The men had no friendly intentions towards her and she was very obviously out-numbered but there was no visible display of her fears.

As the tormenting riders moved about getting ready for whatever they had in mind, Alex could not just bear the injustice of it all anymore. He took a step forward his commander shook his head almost imperceptibly. Alex either did not see, or chose not to heed this restraining gesture. He ran a short distance up the hill, towards the direction the girl and her pursuers had come from. Crooking his arm in the habit of one well-practiced in playing baseball, he tossed a grenade as far as it would go, and then he hurried back into the hollow a little less than a minute before the grenade exploded, the noise magnified in the early morning quiet by the mountain echoes.

Immediately the men tormenting the girl froze and listened; and then they dived for cover under the spare bushes, and cautiously began to crawl towards the distracting explosion neglecting their prisoner, confident in the bonds that now held her hands and feet. As soon as they left, Alex was beside her in one bound. He cut her bonds with two slashes of his army-issue knife and rubbed her ankles and wrists briefly to help the return of circulation speaking as he worked. “Now Princess, you probably don’t understand a word I’m saying but this is your lucky day. I don’t know who you are but I hope for God’s sake you know what to do. Try very hard not to mention anything about us in return for this favour. Now make good use of your chances and run for your life. Good luck!”

As soon as she got up, she flashed him one green-eyed look and after peering closely at his name tag, to his astonishment said with a sweet and low musical voice, “Thanks Mr. Pearson. I understand you perfectly, and I owe you my life. I hope I shall return the favour one day.”

Alex turned towards their hiding place but his company was already moving across the mountain, ninety degrees to where the drama had just taken place. They crossed to the opposite side of their former hiding place, found another hollow behind some dwarf shrubs and set up their scope again. “What on earth…” Alex exclaimed when he looked through the scope.

The other men nudged him aside so they too could take a look. They reacted with emotions ranging from bemusement to amusement. The girl that Alex had just risked their cover to liberate had not bounded away as he had told her to, and as was plainly the logical thing to do. She was calmly rounding up all the horses of those that had been pursuing her and was tying them one to another. When she was good and done, she mounted the lead horse, turned and thumbed her nose at her returning pursuers and then canted off with all the horses.

“A very strategic planner with an astute mind” remarked the American squad leader with genuine admiration. “She has accomplished several things including covering up your tracks, Alex. By letting her captors see her get away, they will not have to search the area closely and accidentally discover our presence; and by taking their horses, they must either pursue her on foot or go back for fresh horses; and not knowing if she has accomplices they dare not fire at her and draw attention to their position. She will be a formidable opponent in war. Afghan women usually are. That girl is someone I would really love as an ally, and hate as an opponent in battle.” 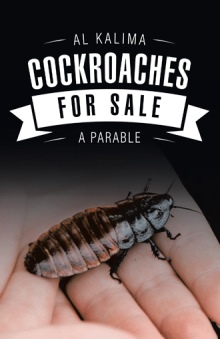 People are often caught at crossroads in matters of what is right and what is wrong. When is it right to strictly follow manmade rules and when is it right to balk at red tapes? Decisions are not always clear-cut black and white. The heart should sometimes be allowed to rule the head. After all, is it not love that makes the world keep going round? And yet rules are made for some very good reasons.

Al Kalima is the name used by this author who chooses to remain anonymous. She tells her stories from experience. Her hope is to entertain her readers, and also leave them with deeper thoughts about who we are as human beings, what we are doing with our lives, where we are headed, and how we can touch the world for good in our own little ways as we pass through life.