Restoring the Fortunes of Zion

Essays on Israel, Jerusalem and Jewish-Christian Relations on the Fiftieth Anniversary of the Six-Day War 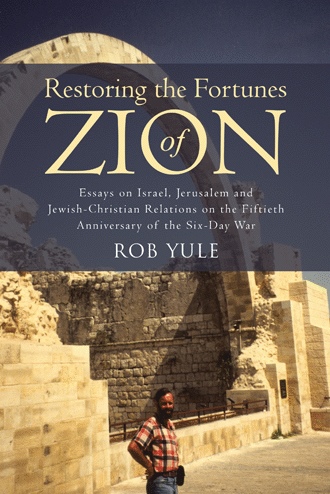 Today, Israel is internationally assailed for its occupation of
Arab land. But its critics wilfully ignore two circumstances
that brought about this situation: that Israel fought a defensive
war to avert annihilation and that the Arabs have persistently
refused Israel's offers to exchange occupied land for peace.
Surveying the social, political, and biblical significance of
the Six-Day War, I gave this message at the Classical Service
of Greyfriars Presbyterian Church, Mt Eden, Auckland, on
10 June 2007, to mark the fortieth anniversary of Israel's
spectacular victory.

It was one of the most stunning military victories of all time – reminiscent of David's triumph over Goliath. In six days of intense fighting, beginning on 5 June 1967, Israeli forces saved their country from the threat of annihilation, defeated three major Arab armies, and confounded the world's superpowers.
The Israeli Air Force, outnumbered three to one, destroyed the Egyptian Air Force in the first forty-five minutes of the war, ensuring complete air superiority and victory over the Egyptian Army in Sinai. Jordan entered the war despite Israel's repeated calls for it to stay out. As a result, Jordan lost the West Bank and – after heavy fighting between Israeli paratroopers and the Jordanian Arab Legion – the Old City of Jerusalem.
Israeli flags flew on the banks of the Suez Canal, over the Golan Heights, and above the Temple Mount in Jerusalem, the holiest site of Judaism and the world's most contested piece of real estate. It brought to pass the dream expressed in Jewish daily prayers throughout nearly two thousand years of exile.
It was such a great victory that many Israelis thought it would be their last war and that they could trade their gains for recognition of their state and permanent peace.
It wasn't to be. Today, apart from peace treaties with Egypt and Jordan, the prospects for peace in the region seem more distant than ever. The euphoria that followed Israel's unexpected victory in 1967 has given way to despair. Many Israelis now wonder whether it was a pyrrhic victory, leading only to international criticism, more wars with the Arab world, prolonged occupation of Palestinian land, and a campaign of terror from hate-filled Arab nationalists and radical Islamists.

To understand the miraculousness of Israel's victory, we need to go back to the situation at the beginning of June 1967. Israel was surrounded by hostile Arab states bent on its destruction, and was completely isolated and outgunned. Egypt alone had five times as many soldiers as Israel and ten times the number of tanks.
The Soviet Union was encouraging and arming the military forces of Egypt, Syria, and Iraq. Other major powers, like China and India, were hostile to Israel. The United States, though friendly, refused to sell weapons to Israel. France, until then Israel's only major weapons supplier, had suddenly switched sides to curry favour with the Arab oil-producing states, imposing a total arms embargo on Israel.
Egypt menacingly deployed its army in the Sinai Peninsula, and it forced the United Nations Peacekeeping Forces to withdraw precipitately, leaving Israel's southern frontier in critical danger. Egypt's President Nasser closed the Strait of Tiran, at the entrance to the Gulf of Aqaba, then mined it, blocking Israel's only southern access. On 26 May, he declared that Egypt's objective was "to destroy Israel". Massive Syrian troop manoeuvers were taking place in the Golan Heights to Israel's northeast.
On 4 June 1967, Israel looked destined for annihilation: Holocaust 2.

All the aforementioned circumstances changed within a week. Israel began the conflict with Arab guns pointed at all of its cities. It finished the war with its troops in artillery range of every neighbouring Arab capital. This turnaround convinced the leaders of these states that Israel could not be destroyed by military means – which led ultimately to peace treaties with Egypt (in 1979) and Jordan (in 1994).
With hindsight, we can see that the Six-Day War marked the beginning of the collapse of Communism. The victory over Soviet arms severely dented the Kremlin's influence in the Middle East, and it impressed the Indians and Chinese, who later established diplomatic relations with Israel. Israel's stunning victory inspired the Prague Spring popular uprising in Czechoslovakia and the beginning of the campaign for human rights and Jewish emigration in the Soviet Union.
Above all, Israel's victory in the Six-Day War brought a worldwide surge in Jewish self-confidence. It hugely lifted Israel's standing with Jewish communities abroad. Many more Jews began to make aliyah to Israel. The Messianic Jewish movement – the movement of Jews who believe in Jesus as Messiah but wish to retain their Jewish identity rather than join Gentile churches – began its amazing emergence after the Six- Day War. There are now more messianic believers and communities in Israel than at any time since the days of the New Testament.
In the United States, the youth revival known as the Jesus People Movement began as a direct result of the euphoria that followed the Six-Day War. The greatest revival of Christianity in Western culture in our generation, involving many Jewish young people, it led to an explosion of Jewish music and Jewish songs; it also led to widespread interest in community living among Christians inspired by the Israeli kibbutz movement. All this has transformed the face of contemporary Christianity.
Jews and Christians were inspired by the reunification of the state of Israel with Judea and Samaria – the biblical land of Israel – and especially with the Old City of Jerusalem and its Temple Mount, the site of the Temple in the days of Solomon and Jesus. There has been a surge in biblical archaeology; hardly a week goes past without some exciting find confirming the historical veracity of the Bible. Tourism brings Christians from all over the world to Israel, to learn about the historical, geographical, and cultural sources of their faith. Since 1967 Christian evangelicals in the millions have become Israel's firm friends – a remarkable change from the shameful anti-Semitism that so often marred Jewish–Christian relations throughout the centuries.

Today, Israel gets bad press for its occupation of Palestinian land, its security barrier, and its firm response to Palestinian terrorism. What people don't understand is that most of the negative consequences of the Six-Day War are the result of persistent Arab rejection of peace. As Golda Meir once observed, "The Arabs never miss an opportunity to miss an opportunity."
Following the Six-Day War, the United Nations passed Resolution 242, which called for Israeli withdrawal from "occupied territories" to the pre-war frontiers. On 19 June 1967, the Israeli cabinet offered to return the Sinai to Egypt and the Golan Heights to Syria in exchange for peace. But the Arab League, meeting in Khartoum, Sudan, later that year, responded with its infamous "three nos": "no peace with Israel, no recognition of Israel, no negotiations with Israel".
As recently as 2001, Israel offered to return more than 95 per cent of the West Bank for a Palestinian state, to dismantle all 163 Jewish settlements in the West Bank and Gaza, and to make Jerusalem the joint capital of a Palestinian state as well as Israel. Palestinian Authority chairman Yasser Arafat's answer to this magnanimous offer was to renew the armed intifada – the bloody terror campaign against ordinary Israeli citizens. 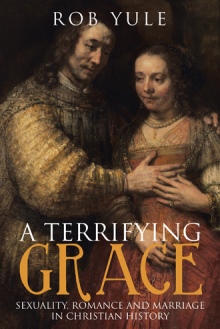 Restoring the Fortunes of Zion tells the dramatic story of the reemergence of Israel onto the stage of modern history – from the genocidal fury of the Holocaust to its extraordinary survival in face of regional hostility and global contempt. It shows how the return of the Jewish people from two millennia of exile realizes with uncanny accuracy the visions of the biblical prophets, and explores what this signifies for the future.

“Rob Yule brings together accessible scholarship – biblical, historical, geographical, political and theological – with strong advocacy, to create a book that I found riveting and moving.

“I commend Restoring the Fortunes of Zion to all those who wish for a clearer sense of Israel, its emergence from desolation to vitality and those who helped and hindered its progress. It is an exceptionally valuable resource.”
—Dame Lesley Max, Auckland

“The publication of Restoring the Fortunes of Zion is extraordinarily timely and vital for our understanding of current world events. It enables us to better understand from a biblical perspective what has happened in Israel’s past, what is happening in Israel today, as well as what is going to happen to Israel in the future.”
—Revd. Murray Dixon, Palmerston North

“Rob Yule’s book weaves together a carefully researched, erudite, scholarly but eminently readable and fascinating account of Israel. He intertwines and interprets the history, politics, military strategy, theology and culture of the region, in the past, present and future! The sweep of his vision is as breath-taking as the intriguing subject matter that he covers.”
—Revd. Owen Hoskin, Auckland

Rob Yule is a retired New Zealand Presbyterian minister and a former Moderator of the Presbyterian Church of Aotearoa New Zealand. He was chaplain at Victoria University of Wellington in the 1970s, a leader in charismatic renewal, and pastored churches in Christchurch, Palmerston North, and Auckland. He lectured in the Manawatu Branch of the Bible College of New Zealand and on mission trips to the Czech Republic. A long-time supporter of the Jewish people, he was a founding board member of the International Christian Embassy Jerusalem (New Zealand Branch) and Prayer for Israel (New Zealand).