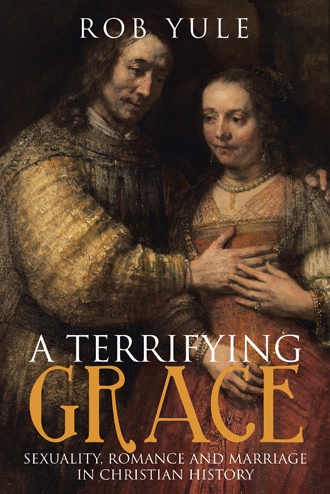 Continence, But Not Yet
Augustine on Sexuality and Marriage

No individual has influenced Christian views of sex and marriage more than Augustine (AD 354-430). His colorful career – from profligate to celibate – contributed to a denigration of marriage that was not corrected till the Protestant Reformation eleven hundred years later. His views still shape Roman Catholic teaching.

Augustine’s influence was extraordinary. He influenced people as diverse as the theologian Thomas Aquinas and the mystic Thomas à Kempis, theocratic popes as well as those who would reform the church, masters of the Renaissance like Petrarch and pioneers of the Reformation like Luther and Calvin. The extent and variety of his influence is astonishing.

The great Christian writer, theologian, and leader was born in Tagaste, North Africa, in 354. All but five years of his life were lived in Roman North Africa, and he spent the last thirty-four years of his life as bishop of the busy seaport of Hippo Regius, now Annaba in Algeria. During his lifetime the barbarians were pouring into the Roman Empire. He died in 430 as the Vandals laid siege to Hippo.

Augustine came to Christian faith after a long and tortuous search for God through religion, philosophy, rhetoric and sexual indulgence. He had a profound effect on the medieval church’s attitude toward marriage and sexuality – and indeed, on the outlook of the Catholic Church to this day. A writer of enormous psychological insight, he pioneered our modern use of the heart to represent feelings. In this, he anticipates modern evangelicalism. In many ways he writes like one of our contemporaries.

The Confessions is Augustine’s most famous book. He wrote it in his early forties. It is sometimes called the world’s first autobiography, but it is better viewed as a theological reflection on experience. Augustine wrote it in the form of a sustained prayer, and it is written with great literary skill and some embellishment. His account of drinking from his mother’s breasts is hardly infant memory. Likewise, when he recalls his turbulent teenage years, it is to instruct the reader as much as it is to remember his early life. One of his aims in writing the Confessions was to encourage people to adopt a life of sexual and worldly renunciation, as he had done.

In the Confessions, Augustine describes how his youthful sex drive led him astray. From the age of fifteen, he tells us, he confused the search for love and friendship, the desire “to love and be loved,” with the satisfaction of his sexual impulses. “At one time in adolescence…. I ran wild in the shadowy jungle of erotic adventures…, pleasing myself and being ambitious to win human approval” (2.1.1). He says that “the bubbling impulses of puberty,” like a misty swamp, obscured his heart’s vision “so that it could not see the difference between love’s serenity and lust’s darkness” (2.2.2). He gave himself “totally to sensual folly” in shameful acts condoned by society but against God’s laws (2.2.4).

In his new biography, Robin Fox discusses Augustine’s early sexual experiences. He concludes that the fifteen-year-old Augustine “went beyond ‘impure thoughts’…, actually did things, and was as ‘wicked’ as possible.” Henry Chadwick compares Augustine’s description of his wild adolescent years with a pagan historian’s portrayal of the riff-raff of Rome. Ammianus Marcellinus spoke of people spending their entire lives on alcohol, gambling, brothels, and public shows.

Augustine’s parents were aware that he was floundering in “a whirlpool of vice” (2.2.2). But they responded in different ways. His father, Patrick, may have been entangled in extramarital affairs himself. He was amused at his son’s sexual stirrings and reported the prospect of grandchildren to his wife, Monica (2.3.6). She was ambitious for her son and caught in a dilemma. She was reluctant to suggest marriage to channel her son’s sexual desires. She feared it might hinder his career opportunities. But she did speak to him about his lack of sexual restraint. Above all, she warned him that he “should not commit adultery with someone else’s wife” (2.3.7). 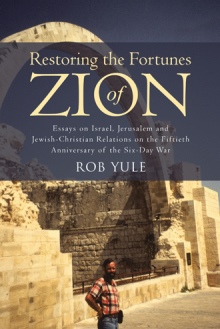 Romance and sexual intimacy are among life’s highest joys. How we handle our sexuality is an ultimate challenge, particularly in today’s sexualised global culture.

Rob Yule looks at a fascinating selection of romantic relationships from throughout Christian history, from Augustine, Abelard and Heloïse, and the Luthers to Billy and Ruth Graham and Pope Saint John Paul II. Illustrating how challenging and far-from-straightforward the relationship of men and women is in real life, he draws many insights for relationships and marriage today.

A Terrifying Grace explores the romantic relationships of leading Christians throughout history and how they handled sex and marriage.

• What did they believe or teach about sexuality and marriage?

• Did their marriages – or celibate lives – live up to their professed beliefs?

• How did they handle the joys, pains, temptations, and responsibilities of their intimate relationships, alongside their public life and witness?

Even great Christians have struggled to handle their intimate relationships. We can learn much from them how to live with integrity in today’s hypersexualised culture.

Rob Yule is a retired New Zealand Presbyterian minister and a former Moderator of the Presbyterian Church of Aotearoa New Zealand. He was chaplain at Victoria University of Wellington in the 1970s, a leader in charismatic renewal, and pastored churches in Christchurch, Palmerston North, and Auckland. He lectured in the Manawatu Branch of the Bible College of New Zealand and on mission trips to the Czech Republic. He and his wife Christene have been married nearly fifty years and have five children and fifteen grandchildren