The Answer Key for The Chronological Bible Workbook 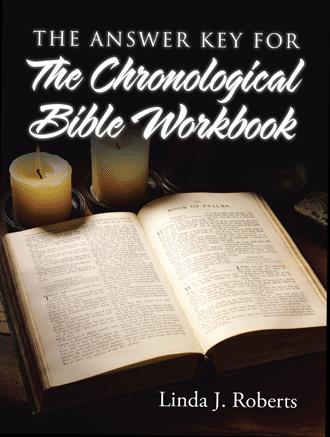 Creation: The Beginning of All Things

In this section be prepared to discuss why God created the human race. Look for ways God used flawed people to carry out His divine purpose. Identify examples of how God blessed the faithful. Be able to give examples of humanity’s deceit and to describe the consequences of these sinful choices.

(Start this study by simulating what it was like before the creation. Make the room as “cave” dark as possible. Use a penlight to read Genesis 1:1–2. At verse 3, turn on the light and continue reading through verse 5.)

What did the expanse/sky separate? The sky separated water underneath from water above. What did God create on day three? On day three, God created dry land, seas, and vegetation: plants and trees with seeds.

Something to think about: What is the significance of seeds being created?

What did God create on day four? On day four, God created the sun, moon, and stars that separated day from night and created days, seasons, and years.

What was created on day five? On day five, God created sea life and birds.

What was created on day six? On day six, God created both wild and tame land creatures.

Who was created on day six? Also on day six, God created man.

Something to think about: How are human beings different from all other created creatures? How are all people created in “our image”? Who is the “our” mentioned in these verses?

What did God do on the seventh day? God rested, establishing this day as blessed and holy.

Why did God make this day holy? God knew people would need a time set aside to focus on Him and be reminded of the importance of their relationship with Him.

What was the garden called? Eden.

(Look at the map of the Ancient Near East and see if you can pinpoint where this garden might have been located.) Eden’s possible location was at the headwaters of the Pishon, Gihon, Tigris, and Euphrates Rivers.

What one rule did God give to Adam? Do not eat from the tree of knowledge of good and evil.

What was the penalty if this rule was broken? Sure death.

Explain how this was accomplished. God put Adam into a deep sleep, removed a rib, and made a woman.

What did the woman do after eating the fruit? The woman gave some to her husband.

Something to think about: They broke the one rule, but did not die—or did they?

Explain what was produced as a result of their sin. Shame, fear, blaming, separation from God, painful childbirth, the establishment of the husband’s rule over his wife, and mortality were all consequences of this original sin.

What was the woman named? Eve.

Who were the first two sons born to this couple? Cain and Abel.

Why was one son’s offering unacceptable to God? Cain did not offer his best to God.

Discuss some of the consequences of anger.

Who was born to replace the son who was killed? Seth.

What type of men descended from Cain? Angry and vengeful men.

What type of men descended from Seth? Worshippers of God.

List the descendants from Adam to Noah. Include how long each man lived.

• Enoch was 65 when he had Methuselah. He did not die; God took him away.

Something to think about: Why did men live so long at this time? 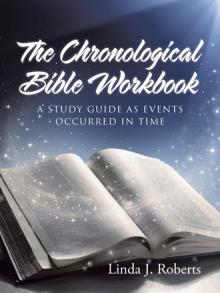 The Answer Key is the teaching tool for The Chronological Bible Workbook. This publication provides a way to check the accuracy of answers for those who want to use The Chronological Bible Workbook in a small group, home school or traditional bible class setting. The charts are all completed and the same links to maps and photos are provided. Additional information has also been included to help stimulate class discussion.

A trained teacher with an advanced degree in Education, Linda has more than 35 years of classroom experience. Over the years, she has developed coursework for a number of classes from the university level to the pre-school stage. In one of her most recent classes, she taught F. LaGard Smith’s Daily Bible In Chronological Order, New International Version, Harvest House, 1984. As she prepared this particular class, she was struck by the fact that the Bible, the greatest book ever written, is usually taught topically, jumping from basic Bible stories to the life of Jesus to instruction on Christian principles, and not cover to cover like a regular textbook. Her degree in education, her background in curriculum development, and her teaching experience told her no instructor approaches a classroom textbook in this manner. Class always begins at the beginning of the book where important information establishes a strong foundation of basic concepts and ends at the end of the book where all facts and ideas come together to provide a deeper understanding of the material. Linda decided to use this same approach to help individuals who want to study the Bible from cover to cover. This Answer Key will help you lead a study, which begins in Genesis at the beginning of time. As your study progresses, you will travel through events as they occurred. This approach will help develop a stronger foundation of biblical knowledge leading to a deeper understanding of God’s Word. Your study will end in God’s Revelation to John at the end of time. Linda believes a cover to cover study of the Bible will allow God to reveal His Word to you in a way like no other.