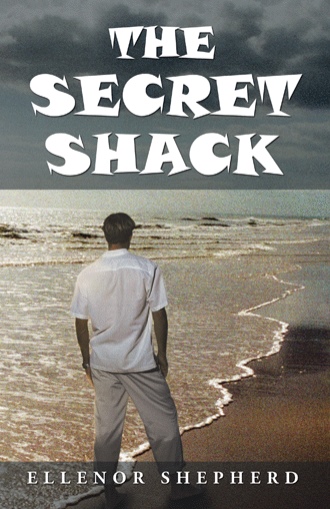 Laney had long forgotten what she had heard that night many years ago when her mother found out she had been listening and became very angry and threatened Laney. But tonight, while riding her bike home, for some unknown reason, she began remembering it vividly until she was startled suddenly by a noise, bringing her quickly back to the present. Laney spotted a man dressed in what appeared to be a Beach Patrol uniform, sneaking away from the rear of the shack. After she managed to unlock the door, jump inside to the safety of the shack, and relock the door, she was shaking, and for the first time in years, she didn’t know what to do. Should she call the Beach Patrol or Mr. Mac, or should she keep quiet and hope it was just a beach bum looking for food? Opting for the latter, she checked every square inch of the shack and, satisfied that he had not been inside, got ready for bed. She was exhausted but unable to sleep, so finally, she got up and started baking, which was her calming tool. While mixing the ingredients for the scones the way her mother had taught her, another forgotten memory flashed through her mind. As she placed the scones in the oven, all of a sudden she saw her mother doing the same thing while talking to a certain man who lived there on the island. The flashback was what she had overheard as a child, the incident that had caused her mother to threaten her. That was the reason she had run down the road and hidden in the dense vegetation until Daniel found her. She spoke aloud, “I won’t go there. I refuse to allow myself to think about Daniel.” But she wondered if the man who had been involved with her mother was the same man who was nosing around her home tonight. Perhaps he thought she might have something that would prove what she had overheard that awful night. Or maybe he was simply trying to hurt her or frighten her so she would leave the area? What am I to do? thought Laney. “Maybe it won’t happen again,” she repeated out loud, trying to convince herself. Laney sat down at the kitchen table to wait for the scones to bake.

The smell of smoke woke her up and, of course, the scones were charred beyond recognition.

The next day, the man the nurses called Mr. X was so agitated that he had to be restrained. Near the end of the day, he began to calm down and tried to speak. Soon he was putting words together to make simple sentences. “My name?” he would ask, but sadly, no one knew. Social Services had contacted authorities on the Outer Banks, but no one there remembered him. They did remember that the couple with the biggest home there had had one child, but no one knew where they lived since they had divorced and gone their separate ways. As Mr. X slipped in and out of his sleepy state, now and then he would utter, “Laney.” The nurse and staff wondered if this Laney were a friend, a girlfriend, a relative, or who. They had adopted this young man who obviously had no one who cared about him or gave him extra attention. The nurses would sit with him on their breaks and read to him, hoping to trigger a thought or memory. Little did they know that Mr. X was an aspiring writer who had planned to major in English in college. They were dreading the day when he would be alert and stable enough physically and emotionally to be told he had lost a leg.

One week later, Mr. X was talking and making sense, but he still could not remember his name. The doctor explained that he was suffering from amnesia and that his memory would come back, but he could not predict when. “But, son,” said Dr. Warner, “there is something else you do not know about that happened to you in the accident. To be truthful, there is no easy way to tell you. To put it bluntly, you have lost your left leg.”

Mr. X did not respond. He just stared. He did not blink. Finally, after what seemed like an eternity, he muttered, “What about my other leg?”

“It was badly injured and will require several surgeries and much rehab, and then it still may not work well. Only time and your attitude will determine the extent of your recovery.”

“You know you just knocked me for a loop, Doc? Can I have a pen and a pad? I need to write about this.”

“Certainly. Nurse, would you please get our patient a pen and a pad?”

“Thanks, Doc.” Mr. X turned his head toward the wall and did not speak again that day, even when the nurse brought him a pen and pad as requested.

Mr. X remained in the same position for the rest of the day with pen and pad in his hand, staring at the wall but not seeing. He did not move, nor speak, nor eat, nor answer any questions, as if he were in a catatonic state. The news of losing his leg was too much to bear alone, and there was no one who cared. Laney cares, flashed through his mind and he turned his head and connected with the world again. “Why did I say that? Who is Laney? She must be someone special with a caring heart.” Mr. X picked up his pad and wrote one word that night—Laney. The next day he wrote, “No leg, my leg is gone.” Then he asked on paper, “What do they do with legs that are no longer connected? Do they have a funeral service for the leg? It was once a living thing. Is it tossed into the garbage? Is it given to the animals as a special treat?” All kinds of bizarre thoughts raced across Mr. X’s troubled and agonized mind. And then, from out of nowhere—or so it seemed—came the words, “Thank you, Lord, for my other leg, badly mangled as it may be. Thank you.” 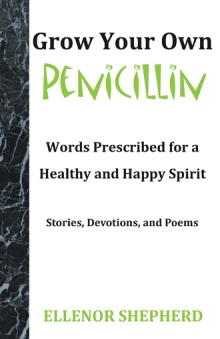 Grow Your Own Penicillin
Ellenor Shepherd
$13.95 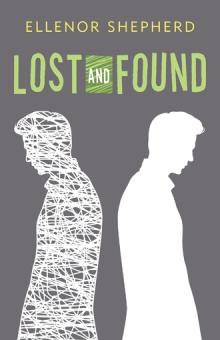 In The Secret Shack set in the Outer Banks of North Carolina, 2001, Shepherd spins a story of relationships. Two twelve year olds—Laney, a native, and Daniel, a summer resident, meet quickly, bond, and develop a sweet relationship that fills a void carved by uncaring parents. They spend their days either frolicking in the ocean or retiring to the shack that Daniel discovered, where he writes or Laney listens contentedly when he reads to her.

Laney is disappointed and hurt when she never hears from Daniel after he leaves at summer’s end. Five years later, he returns to reunite with her, only to disappear again almost immediately, which devastates Laney, who is unaware that a tragic car accident had taken his leg, his memory, and his identity.

Six years later, a young reporter named Speare, short for Shakespeare, arrives in Goose on assignment to expose a longtime covert operation involving the local Beach Patrol Officers. He is drawn to Laney, her six-year-old, homeless friend, Cassie, and this coastal town, experiencing a familiarity and a desire, for the first time, to search for his parents. Laney, unknowingly carries a deep, dark secret that endangers her life and will ultimately threaten Cassie.

Ellenor Shepherd, a North Carolina native, wrote her first book, a nonfiction, Holding God’s Hand: Teaching Children to Pray in 2004. In 2012, she followed with Grow Your Own Penicillin: Words Prescribed for a Healthy and Happy Spirit. Now at age eighty-three, she has written her first fiction novel, The Secret Shack.

She currently serves as lay chaplain in her church and co-leads Homebound Communion. Competitive ballroom dancing is her secular passion.

She has three sons and five grandchildren and lives in Greensboro, North Carolina.