My Divine Connection with God

Meditations of the Heart 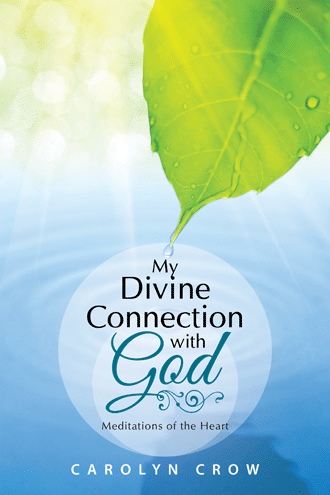 “This isn’t what I expected,” I thought to myself as I reached for my belongings and headed to the parking lot of the hospital. I didn’t know where I was going, I just needed to get away. The more I walked, the more confused I became. Then bits of moisture began to gather around the corners of my eyes. The moisture turned to tears and I started feeling completely incompetent. “Oh help me Lord I cried.” It took all my might to remain steady, just to keeping from lowering my body to the ground. I had never felt so helpless in my life. I wanted to run to the depths of the earth screaming as loud as I could in order to get it all out. If it was at all possible, I would have ran out of the world without returning---“God where are you in the midst of this?” I kept asking.

Despite my feelings, I knew I had to get it together. At this point Joe had not been told the devastating news. He was a man of faith. He preached and taught the word of faith, but I wandered what his initial reaction was going to be. Once he was told, I never saw him waver. He was more determined to fight for his faith than ever before. Throughout the years of his ministry his favorite quote came from Romans 8:10: “But what does it say? THE WORD IS NEAR YOU, IN YOUR MOUTH AND IN YOUR HEART "--- that is, the word of faith which we are preaching.” In the midst of the storms of life, it can be hard to believe anything good will come. But it will. Sometimes it takes a while to see what God is doing. But if we choose to believe that He is orchestrating the final outcome for good, it can provide the motivation we need to persevere in the face of the unexpected.

Joe’s first diagnosis was a malignancy on his right kidney. But more tests and surgery indicated that he had aggressive bladder cancer. As we began wading through the medical reports, we came to terms that cancer was now a part of our lives. We didn’t know what to expect in the months ahead, but we remained with a peaceful and joyful spirit, knowing very well that God was in control. We spent very little time discussing the cancer itself. Our main focus was the real “C” Word which is Christ. We didn’t have time to pucker down to the enemy. The only thing that was suffice for this battle was to gather up all the spiritual ammunition that we could in order to stay strong and fight with zeal.

Exactly two weeks later we were scheduled to meet with the oncologist who would explain all necessary procedures and treatments. Our first step was surgery, removing the mass from his kidney. After surgery, the pathologist report revealed that he had 80% recovery. At this percentage rate we felt that we had a great chance at beating this cancer.

In the months ahead we continued to face unfortunate situations, one after another. Then came the chemotherapy and radiation. However, the disease continued its assault. Amazingly, I never heard Joe complain. His faith in Christ was his solid rock. He had no fear, no anger, and more profoundly, he had a deep sense that his God would sustain him. No matter how bad he felt, he continued to radiate God’s unspeakable joy. 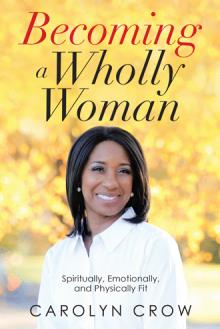 In January of 2009, Carolyn Crow’s world was shattered in a matter of minutes. As her husband, Joe, slept in his hospital bed, Carolyn met with his doctor and received an unexpected announcement: Joe had aggressive bladder cancer. Suddenly, Carolyn’s life was diverted from its course as she and Joe faced the unknown with just one weapon: their unwavering faith in God.

In her devotional, she highlights her up-and-down moments and describes how God sustained her during a tragic experience. Carolyn candidly recalls her pain as she helplessly watched her husband suffer and her joy at witnessing him demonstrate his faith until his last days; she also shares how she eventually found a path of restoration as she learned to live without her husband of thirty-one years. As she walked on a seemingly never-ending path of grief and sought answers to her many questions, Carolyn relied on her divine connection with God to experience his healing power, rediscover herself, and embrace a joyful life again. Included with her powerful, heartfelt devotionals are applicable Scriptures and room for personal reflections.

My Divine Connection with God shares a message of hope and healing that encourages anyone facing life-changing challenges to remember that God is good, steadfast, and always present.

Carolyn Crow, a native of Gurdon, Arkansas, received her Bible training from Rhema Bible College in Tulsa, Oklahoma, and World Harvest Bible College of Columbus, Ohio. She made her commitment to Christ as a teenager and since then has enthusiastically pursued her passion for loving God and serving people. The musician, songwriter, Bible teacher, and speaker resides in Arkadelphia, Arkansas. This is her first book.