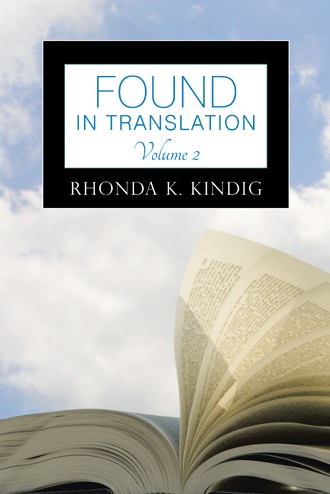 We have all used the idiom before "He's the spitting image of his father." To us, this use means that when we look upon the child, we can see the physical likeness to the parent. In fact, we are so accustomed to this usage, we probably assume that is what the creation story of the first chapter of Genesis is also saying. What do you believe?

Actually there has never been consensus among church folk for what "in his image" truly means. There has been endless speculation about whether Genesis 1 27 is suggesting a mirror-like reflection of physical likeness or not.

The English word "image" is the translation of the Hebrew word tselem, a word that denotes a shadow, a copy, or even a counterpart. It can be an outline or a representation of an original. In the political arena, a counterpart or representative stands in or acts on behalf of another. We elect representatives to speak for us in

Congress. Ambassadors are appointed to represent us in foreign lands.

Could it be that being in the image of God means that humans are created to act and speak on behalf of the Creator? How is it even possible to reflect the Lordship of God through our actions or our words? We are given clues in the verses that follow the Genesis 1 27 "in his image" passage.

Two possibilities show up in God's instructions to humankind. Genesis 1 28 gives the advice to "be fruitful and multiply". Humans are called to share in creation through procreation. Another clue is in Genesis 2 18-25, when the man is asked to name the animals. Humans are called to share in language from the very One who spoke creation into being. From there, though, it is up to us. Can we find ways to use these directives, to act and speak on behalf of God in the world? Thanks be to God.

y a human shall that rerson's lood e shed;

jor in his own image

and jill the earth and su due it.

There is a very troubling word in this passage, a word that has caused great concerns over the use and the abuse of all the natural resources of this planet "subdue". Many individuals, many corporations, many governments have considered this charge of God's to be carte lanche given to humans over all of nature. That is, of course, an absurd position.

The Hebrew word translated as "subdue" is kabash. If saying that word makes you think of the English word ki osh, you would not be too far from the Hebrew definition! One of the ways ka ash can be translated is "to force" or even "to bring into bondage". So, on the surface, that seems quite harsh.

When trying to figure out appropriate translations for Biblical texts, one of the techniques used is to investigate other uses of the word in the Bible. This very word is also found in Micah 7 19 He will again ha e comrassion uron us; he will su due (ka ash) our iniquities

To try to deduce what the Micah verse is suggesting, it might be very helpful to trace the pedigree of the English word su due Reaching back through Middle English to Middle French to Old French and then to Latin, we come to the Latin verb su ducere, which is "to draw away". That works well for the Micah passage. But, for the Genesis use, consider that this Latin verb is intimately related to the Latin verb seducere, which is "to seduce".

Now, it seems we might be closer to the intention of the Genesis passage, especially since God's directives to the man about his relationship to the "garden", given just a little later in Genesis 2 15, are "to tend it and keer it " The Hebrew for "tend" is abad, which can mean "serve" or "worship", while the Hebrew for "keep" is shamar, which is to "guard" or "exercise great care over". Neither of these suggests a 8> power-play. How lovely to think that what humans are called to do with the earth is to lovingly seduce it. Thanks be to God.

Yet you ha e made them a little lower than God, and crowned them with glory and honor You ha e gi en them dominion o er the works oj your hands " Psalm 8 5-6

*A further note about dominion- Contrary to popular belief, dominion is not related to the word dominate No, it is from the Latin word dominium, which is a place where one has settled connections. We are connected to all the creatures of creation; we are not put here to dominate nature! 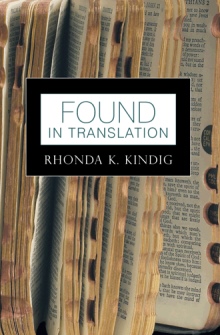 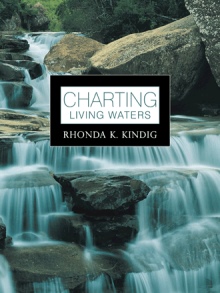 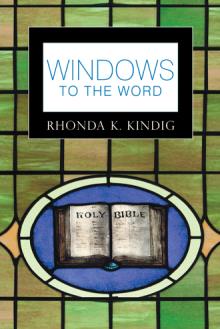 Found in Translation Volume 2 offers an innovative approach to Bible Study by immersing readers in the word choices of the biblical texts. While the first volume was devoted to the New Testament and its Greek word choices, this new volume focuses on key texts from the Hebrew Bible, digging into the background and meanings of the original Hebrew words.

Rhonda K. Kindig, an experienced educator and scholar, has penned a collection of devotional essays that bring to light the deep and resonant messages embedded in the selected Old Testament passages. The forty-seven essays are crafted in a conversational style that quickly draws the reader into the Scriptures. Each begins with a passage, moves into a reflection upon its message, and then concludes with another verse that amplifies the point.

Found in Translation Volume 2 provides some additional tools and resources: a summary of the books of the Bible, a timeline of biblical events, a plan for matching the devotions to an observance of Lent, a Lenten countdown calendar, indices of scriptural references and vocabulary, and a compendium of helpful resources.

Whether you have a beginning Bible reader’s curiosity or the appreciation of the Bible’s riches that comes with the passing of years of study, Found in Translation Volume 2 will help you unearth the treasures that lie beneath the inspired words that come together in life-changing ways to form the texts of the Bible.

Rhonda K. Kindig brings a background in languages and a fascination with words to the Bible Study classes she leads in historic Abingdon, Virginia, where she resides with her husband and two spoiled cats.