An Epistle to John Hagee 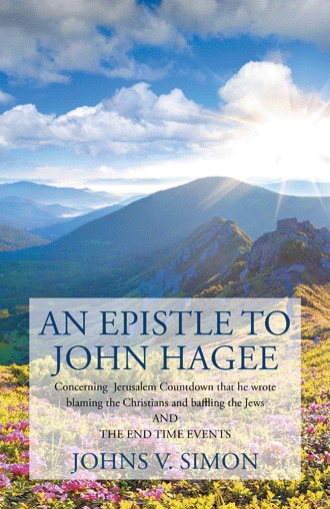 The Book An Epistle to John Hagee is a polemic based on JERUSALEM COUNT DOWN that John Hagee wrote blaming the Christians and baffling the Jews. Those who hold on to the testimony of Jesus Christ cannot approve certain things found in the book JERUSALEM COUNTDOWN. The author of JERUSALEM COUNTDOWN makes it look like the Christians are the sole reason for all the miseries the Jews had to go through for the last two thousand years. When the Book accuses that many evils came upon the Jews is by the anti-Semitism of Christians, the author is not only silent about the evils the Jews did to Christianity, but also distort some Biblical and historical facts to justify his views. After quoting some few harsh words spoken by a couple of “Church fathers’, the author adds to the list the names of martyrs, saints and godly men and portrays them as people who spit anti-Semitic venom so that it might appear like Christianity was evil from the beginning. This is not true. Some of the things written in the book JERUSALEM COUNTDOWN could do injustice and injury to the Testimony of Christ and it could discredit the Gospel of Jesus Christ. The book will give a wrong impression to a Jewish reader that the Bible and Christians were always wrong concerning the crucifixion of Jesus. 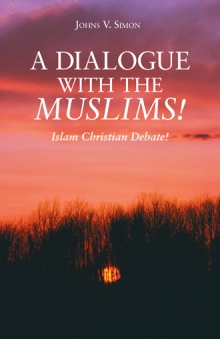 A Dialogue with the Muslims!
Johns V Simon
$9.95 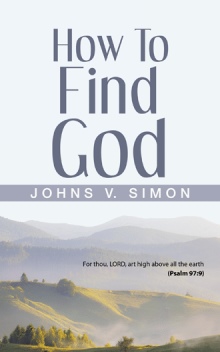 An Epistle to John Hagee is a polemic based on John Hagee’s Jerusalem Countdown, which blames the Christians and baffles the Jews. Those who hold on to the testimony of Jesus Christ cannot approve certain things found in the book Jerusalem Countdown. After finding out that many things written in this book were not written according to the truth of the gospel, An Epistle to John Hagee was written in the defense of the gospel of Jesus Christ.

Johns V. Simon is an evangelist, a minister of the gospel. He is the author of A Dialogue with the Muslims, in which he explores the major issues of common interest found in the Koran and the Bible. How to Find God is a book that explains different spiritual topics as found in the Holy Scriptures. His book The Jungle Pageant!, written under the pen name Jabesh, is a children’s book that tells about the animal of the year contest in which the donkey was crowned the Animal of the Year. The author has also written and published many flyers (Gospel Tracts) and booklets and produced a TV program about the divinity of Jesus Christ: Is Jesus the Son of God? (www.Jesussonofgod.tv). He has created many blog posts and a few websites such as www.NoProphetLikeJesus.net, NoMoreDrugs.net, www.gilead.ws, and Islammistakes.com for the spreading of the gospel. His videos can be watched on YouTube.