Finding God in The Ordinary 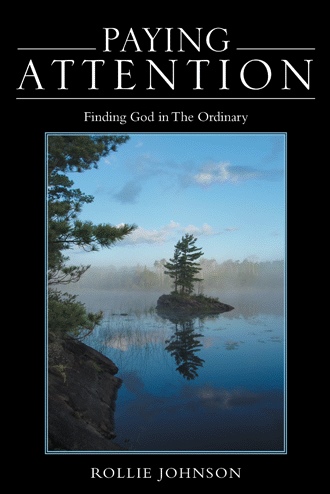 I was working in my steamy hot garage last Sunday afternoon. Temps in the high 90's were stifling, but good work was at hand and begged for my presence. A new bow was being birthed and my heart and hands had the privilege of shaping it into being. I absolutely love co-creating with my Creator. He gives me raw materials of stone, or wood or sinew or leather and I have the privilege of bringing into existence an object of function and beauty. I tingled with anticipation.

It was even hotter outside the garage, the sun was a blazing, and Shane was out there somewhere in the driveway deeply engrossed in one of his trucks or a stick or batman figurine or a mud puddle... I knew not which. Occasional banter back and forth from he to me could be heard in between the pauses of the drone of my grinder. Taking a short break I began to hear the unmistakable rumble of thunder from the western sky, which seemed a bit odd, as it was brilliant sunshine still burning down outside. I continued my work/play as did Shane.

I could hear the rumbling more frequently now, so I set aside my bow project, and stepped outside to observe what little I could of the sky through my thickly treed yard. I told Shane there must be a big thunder cloud headed our way, and we should get ready. I suggested that maybe we should shed our t- shirts and get doused with the impending shower and that it might be awesomely refreshing to dance in the rain on this muggy afternoon. Shane proved game, so we immediately tore off our shirts and headed up the dike to see if we could get a better view of the incoming storm.

The rumblings began to grow in volume and frequency and our conversation soon turned to God and his bowling alley. "He must be having one heck of a game!" we assumed. Soon the sky dome began to close and all remnants of blue were replaced by the ominous dull and dark gray of thunder clouds. Sporadic rain drops began to fall but our parched skin seemed to be like the dry air around us which absorbed each drop as it fell. We wanted more.

Our wish was granted and it soon began to downpour in earnest and we ran for the street to catch its fullest deluge. The cool rain was soothing and refreshing to our bare skin and the puddles made almost bathwater warm by the heat of the tarred street lapped at our bare feet. Tongues extended, we tried to catch rain drops and were soon soaked from head to toe. After a few moments of pleasure and laughter in the natural shower, a trickle of sunshine broke through the thunder cloud. I immediately mentioned to Shane that somewhere soon we ought to see a rainbow. Within seconds we turned to the east and there it was… a shimmering, translucent rainbow not 20 feet away perfectly arching over our street, barely 8 feet off the ground! Not in the sky as per usual, but right there in front of us and it appeared as though it was within our grasp. Shane’s childlike instincts took over and he giddily chased into the rainbow attempting to grasp and touch it. The ephemeral apparition just absorbed him and danced and dodged around him as this transient and temporary image evaded his grasping. The pot of gold that should have been in the ditch was nowhere to be found. The rain disappeared heading east and we were left with nothing but misty, steaming streets.

Chasing rainbows with youthful delight was truly a gift. But it reminded me very quickly of how we as a human race, adult and child alike, are continually chasing rainbows. They look so real, and promise gold, but in the end they dissipate and dissolve like dust in the wind. I’ve chased a few in my day; athletic accomplishments, academic or career achievements, human accolades and applause, trophies and ribbons, a girl friend, a job, a title or position, hobbies and diversions. Others I know believe the right car or clothing label, or house on the right block, or newest toy or techno gizmo will bring the ultimate fulfillment that our world continually promises. Others I know have chased the rainbow in a bottle, or a needle, or in a slot machine, or a new wife or husband. And while some of the things I’ve mentioned are good, wholesome and healthy pursuits, none of them, not a single one can provide long-term, life-long fulfillment, deep down purpose and meaning. I honestly believe that God our Creator purposefully hard wired us with a hole in the heart. It’s a hole that we have tried to fill with chasing rainbows since the dawn of time. With the multitude of ever increasing distractions that our modern world continues to throw at us with technology, I think it only gets worse.

But God in his wisdom, intentionally made it so that only one thing will fill that gaping, hollow hole… and that is pure and simply God himself, revealed in the person of Jesus Christ. Until you fill that God hole with a living, ongoing relationship with Christ, you’ll just keep on chasing rainbows that look good, and promise everything but leave us empty and still searching.

Thanks God for rainbows. They are beautiful and mysterious and awe inspiring. But let rainbows be not our pursuit, but rather our signpost that point us to the One who can give purpose, meaning, direction and fulfillment. Rollie J. 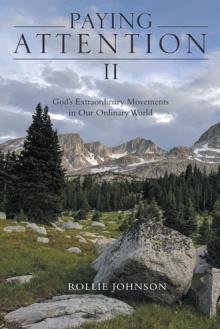 Most of us race through our days at a hectic and frantic pace oblivious to the Godly and divine in our midst. We are tuned in to the latest electronic gizmos and out of tune with the holy and sacred that moves in and around us throughout our days. Journey with Author Rollie Johnson who has a most unique gift for observing and sensing, and recognizing Godly movements and spiritual truths in our ordinary day to day lives. His observations and unique insights from the natural world of creation and ordinary encounters will inspire you to new depths of trust and intimacy in your walk with God.

Rollie Johnson has served in ministry the past 35 years. He is currently a Lay Pastor at First Lutheran Church in Fargo, ND. His duties include overseeing and leading Contemporary Worship, preaching and Men’s ministry. His ministry focus is using outdoor adventure; backpacking, canoeing, rock climbing and winter camping as metaphors for life and faith. He is passionate about missions and has led over 20 mission trips to remote areas of Mexico. He is also an inspirational speaker leading Team Building and Motivational Retreats for schools and businesses. Rollie has many interests and passions including bow hunting, bow building,sewing, flintknapping, camping, rock climbing and canoe building. Rollie is an accomplished writer and has had dozens of articles published in national outdoor and hunting magazines. Rollie and his family make their home in Moorhead, MN.