The Diary of Anna Gorgon 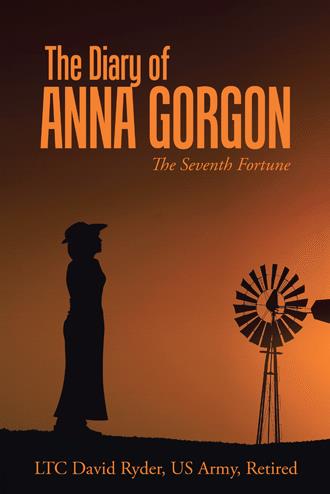 “Your man dead!” I don’t know how Xue made it up the mountain to deliver the shocking news so long after nightfall. Thousands of thoughts immediately ran through my half-asleep mind. Xue said she learned the news from Bes’s friend, and “She no lie!” I asked her how he died. She did not know, replying, “You safe now. You no hide no more.”

I trusted that man with my love and he betrayed me. I still loved him anyway, but what a strange attachment. He provided for my welfare, but not my heart… Never again will a man be trusted with that treasure or my touch. They are an unworthy gender, and I will not be hurt by one of them again. Their words are smooth when they want something. Those silky-mouthed sweet talkers can keep on wanting, wanting, and wanting some more. Never again! Never again!

I soaked my pillow with tears tonight.

The small cabin tucked away in the fold of the hill had been Anna Gorgon’s home for several months. She had a hired man, a mute, to stay and work the small adjacent mine that overlooked Peedee Gulch just below her hiding place. His primary purpose was to scare all strangers away, and he had a perfect disposition for the job. Anna’s cook, maid, lifeline to provisions, and all Deadwood news was a loyal Chinese woman who spelled her name Xue; and pronounced her name like the English word shoe. Citizens of Deadwood assumed that Xue was the mute’s helper, or as the rumors described, his indentured servant. The arrangement kept Anna’s concealment protected.

Their morning started with a thick frost, a down payment for the promise of frigid weather as the days grew shorter. This location had been a convenient hideaway for Anna during the warmer months, but winter on that windswept and treeless high ground called Lexington Hill would be too harsh for her liking. She also knew she could not keep her concealment forever, nor wanted to. What she wanted was sweet revenge, restored wealth, and her once high social status in Deadwood reinstated with due pomp. She did not want her husband dead. She wanted him to suffer in every way imaginable and live the rest of his life drowning in impoverished shame.

Over the last months Anna Gorgon had much time to ponder why her love for her husband had turned into hate. They had amassed six fortunes in Deadwood, and he with her help had squandered five of them. She and her husband were now major shareholders in several large mines, but more importantly they owned several businesses in town. Everybody knew the mines would eventually play out, but never the need for citizens to eat and stay warm.

The lure of the poker table gave way with time to newer carnal desires within her husband. Anna, on the other hand, started to think long term about her financial wellbeing. Their latest investments focused on both city and rural land, and jointly the Gorgons purchased property that would skyrocket in value if the railroad ever extended into Deadwood.

These later days were emotionally painful, and Anna was tired of it. Yes, there were moments of hope and suspension of hostilities between them, but the seething anger never went away. With the blossoming of her opinion came the blossoming of his, and the playful quarrels turned ugly. When he could not compete verbally, he competed physically and shut Anna up for weeks at a time.

Anna harbored even a worse memory of her husband’s dark side. He had become loose in sharing his negative descriptions of his loveless wife within the social circles of Deadwood. He also applied his social charms (and up-front cash) to impress the bar honeys into showing a deprived man sufficient loving. He then made a habit of coming home late to brag to Anna how other refined women seemed to enjoy his company.

But it wasn’t that simple. She blamed herself for not keeping her husband close. His wandering eyes could have been cured. She certainly had the beauty for it, but no longer the disposition. Anna’s emerging desire for security along with her new demands to put away their childish rowdiness they both had enjoyed turned her husband against her. He protested; he wasn’t done having his fun. The only words he wanted to hear from her then, and especially now, were those of adoration. He poked her back on this issue too. She was no model of maturity either. She longed for and would respond brainlessly more often than not to strokes playing to her vanity, and he knew it.

She often relived that fateful night when her husband came home late and woke the following morning with a painful social ailment. Her amorous Mr. Gorgon was suffering greatly from contracting a venereal disease, or maybe a herd of them. Without any sympathy or mercy for the man, Anna decided from that moment that their marriage was over. With this final betrayal, he forever forfeited all his rights and privileges as her husband. Forget the vows. Gone. Void. Null. The man she once loved would never touch her again.

But tonight was different. Her hundreds of plans for revenge on the man melted at the shock of hearing of his death. The news was totally unexpected. 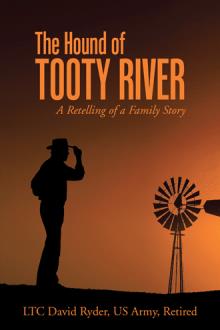 This thrilling tale of travel on the western plains reveals that the universal truths of life were as non-optional then as they are now. This expanded diary of Anna Gorgon illustrates the power of covenants and the fruit of unconditional kindness. An excellent and exciting read. - Dr. Lloyd Olson

David Ryder retired from the Army after twenty-six years of commissioned service with Special Forces, Counter-Intelligence, and Combat Engineers. He and his wife life in Huntsville, Alabama and as empty-nesters they are actively planning their retirement. In 2014 David completed a 3,872 mile bicycle ride across the United States from California to Maine.