Moon in the Darkness

100 Reflections on the Kingdom of God 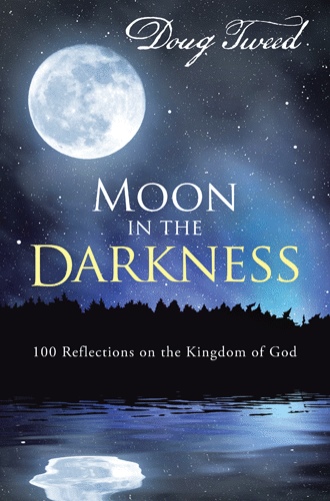 Jesus Has Many “Believers” but Few Disciples

Then Jesus told His disciples, “If anyone would come after me, let him deny himself and take up his cross and follow me. For whoever would save his life will lose it, but whoever loses his life for my sake will find it.”

So therefore, any one of you who does not renounce all that he has cannot be my disciple.

For the gate is narrow and the way is hard that leads to life, and those who find it are few.

As Jesus Christ prepared to ascend to heaven in the aftermath of His resurrection, He gathered His disciples to Himself and gave them these closing instructions: “Go and make disciples of all nations” (Matthew 28:19).

Peter, Andrew, James, John, Matthew, and the others understood all too well what Jesus was saying. He had called each of them as a disciple through the seemingly easy invitation, Follow me.” But following Jesus had been anything but easy.

Jesus taught truths that required them to abandon their religious traditions. Jesus insisted they lay aside their personal ambitions and live the life of a servant. Jesus performed feats of power that were not humanly possible and then asked them to do the same. Jesus had enemies who became their enemies, and sometimes those enemies were family and friends. Peter summed it up to Jesus this way: “See, we have left everything and followed you” (Mark 10:28). Now Jesus was asking Peter and his fellow disciples to go invite others to do the same.

And that is exactly what those first disciples did. It began with a core group of 120 disciples, both men and women, who devoted themselves to prayer and fellowship while eagerly awaiting the promised power of God’s Holy Spirit (Acts 1:1–15). When God’s Spirit was poured into them ten days later, they went out manifesting the spiritual gifts of language (tongues) and anointed preaching (Acts 2).

Three thousand people came to faith that first day, and over five thousand more came to faith a few days later in response to the spiritual gift of healing (Acts 3; 4:4). Just as Jesus commanded, the disciples were making new disciples who received the Holy Spirit and devoted themselves to learning and obeying everything Jesus had taught (Matthew 28:20; Acts 2:42–47).

If you are looking for some inspiration, read the book of Acts. It is the story of disciples of Jesus—a story of men and women who, in the face of tremendous opposition, changed the world.

Where are our world-changing and community-changing disciples for today?

Let’s be honest with ourselves. The Christian churches in America are not disciple-making organizations. We invite people to “be saved” or become “church members.” We may go so far as to politely ask people to “get involved.” But when is the last time you heard an altar call using the Scriptures cited at the beginning of this chapter? When have you heard your pastors demand of a congregation what Jesus demands of everyone who would follow Him?

According to 2006 Barna Group research, only 15 percent of regular church attendees rank their relationship with God as the top priority in their life. Only one in six believe spiritual maturity is meant to be developed in the context of a local church or community of faith. This is not disciple making! We have invited people to come with open hands and open hearts to receive the free gift of eternal life. But we have not told them of their King’s demand that they also come with open minds, open wills, and open daily planners.

I wonder who will be held accountable on the day of judgment for those virgins whose lamps ran out of oil, those servants who buried their talents, and those “goats” who failed to address the needs of others (Matthew 25). Is it their failure alone when we never taught them all Jesus required and never held them accountable?

Most of all, my heart aches for what is lost when we lose the “Way”— the way of a disciple who fellowships with Jesus through the Holy Spirit, learns everything He teaches, obeys His every command, and does “even greater works than these” (John 14:12).

The life of a disciple is the life of an apprentice to the Son of God: a life filled with love, truth, purpose, and power; a life that transforms you so you can bless and transform the world around you. It is the only life worth living, and it lasts forever.

Resolve to become a disciple. Link up with other disciples. And see what happens as a result!

God bless you, and God bless our community. 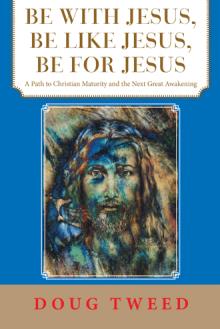 Doug Tweed uses “Moon in the Darkness,” a poem inspired by his dramatic encounter with God, as the launching pad for reflections on how the kingdom of God can be revealed through the life of a disciple, the church, family, prayer, revival, and intimacy with the Holy Spirit. Because each reflection includes multiple Scripture references, they can be used as tools for both personal spiritual growth and small-group Bible study and discussion.

Doug Tweed and his wife, Christie, are the founders of Friends of the King Ministries in Kingsport, Tennessee. They have two beautiful daughters (Jen and Jes), two wonderful sons-in-law (Micah Morlock and Shannon Williams), and three terrific grandchildren (Joshua, Mia, and Elijah).

Doug’s transformation story is briefly told in this book’s introduction. He and Christie share a passionate desire to see a great and abiding spiritual awakening come to their region, their nation, and the world. Please visit their website at friendsofthekingministries.org.