Letters to My Son

Meditations on the Gospel of Jesus Christ for a New Christian 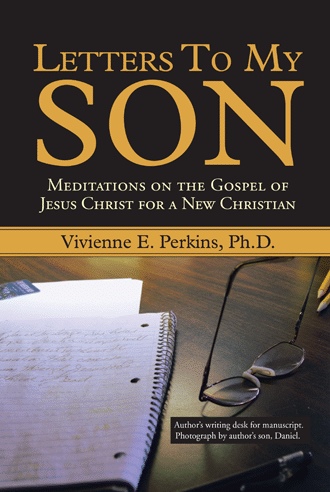 The propaganda for our present world seems to consist of "Horray for us; we have invented cloud computing, technological gadgets, "better living through chemistry," and long-distance killing machines we now use to devastate large parts of the world, leaving behind failed states and humanitarian disasters that become breeding grounds for an unlimited supply of terrorists. While we in the "advanced" world are doing these things, we are ignoring the terrible destitution of millions upon millions of our brothers and sisters, and we are denying our damaged environment and on-coming climate change. In traditional Christian terms, we are ignoring the need for real self-examination, for repentance, for the new birth that Jesus referred to as metanoia (changed thinking). Instead of self-examination, we attend our often meaningless and faithless churches looking for a "ticket" into heaven when we die. The Kingdom of Heaven Jesus announced we could have here either does not exist, or is represented by our gadgets and apps. Speed and power have replaced any and all human values, while the command to love our neighbor as ourselves is totally impractical and impracticable.

"Let us not talk politics" say all the Christians I know. "It's so divisive." So, we rule out the very self-examination we desperately need to be undertaking if we are to survive as a species on a healthy and life-sustaining planet. We pretend that our technological "advances" have not harmed the biological substrate without which human beings cannot live. We pretend that we will devise synthetic substances to take the place of those upon which industrial civilization depends--steel, rubber, oil. We are already eating the stress-laden flesh of animals raised in our factory farms, and plants raised in denatured poisoned and radioactive soil. We conveniently block out of our memories the fallout from the 1947-1963 atmospheric tests of high-yield Hydrogen weapons--fallout that contaminated every inch of our planet. We tell elaborate lies about why we cannot give up nuclear power and nuclear weapons, and we keep secret the terrifying accidents that have occurred. We certainly deny the many meltdowns of reactors, now exceeded in severity by Chernobyl and by Fukushima-daiichi that pose serious problems with very long-term consequences.. Although where energy is concerned, the Second Law of Thermodynamics tells us there is no free lunch, we continue to hunt for it., sure that the idol we now worship--technology--will spit out some interesting and novel solution to the problems we face. If this does not represent having our hearts hardened so as to continue to sin with impunity, I am at a loss to describe it. Sin is the violation of reality, which we no longer think exists.

Our current fatuous notion is that religion itself is the culprit. If we abolished those fanatical believers because, after all, we're sure God is dead, we would all live peaceably together and wars would cease. But our present wars are waged to control the Earth's remaining, ever-dwindling resources. They are not the theological wars waged in previous centuries. We now worship globalized capitalism and refuse to see the problems it is producing that are moving us inexorably toward a totalitarian world, which all previous totalitarian systems, however dreadful, will make pale into insignificance. We now have methods of cybernetic social control which George Orwell warned us of, but we refuse to take the warning.

Our worship of technology makes us forget that everything in life is limited: the time span allotted to each of our individual lives, the United States' continuation as global hegemon, the earth resources we are mining and exploiting with a rapacity no previous civilization ever even approached. Much evidence shows that the 250 year party we have been attending is drawing to a close, but we are in denial about it. We certainly are refusing to repent--which means that we cannot be saved. In such a situation Jesus' prodigal son, stopped eating pig food and decided to return to his Father's home where he was received with great joy. This is the Gospel of Jesus, the Christ, who died to save us because we cannot save ourselves; we need to return to it and to connect it to every aspect of our lives. This is my only hope for my God-given and precious son, Daniel, for whom I wrote this book. But the world is full of Daniels--lost and confused; maybe the explanation of the Gospel story will help you--if you can read it, think about it, and allow it to change you. God saves the world one transformed person at a time. 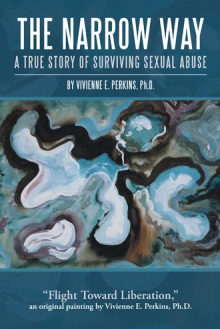 After forty years of theological, historical, and scriptural study, Vivienne E. Perkins, PhD, came to a unique conclusion: that man’s entry into the modern and postmodern ages—facilitated by the superficial thought of the Enlightenment philosophes—undermined the traditional Christian understanding of human sin in relation to the God who created and sustains the universe. This path had been blazed before her by the great Russian philosopher, Lev Shestov, and by the French Reformed Christian author of forty books on technology (as well as the Gospel), Jacques Ellul.

Believing that the evil effects of Enlightenment thinking pose an unrecognized obstacle to her contemporaries’ realizing the absolute necessity of a scriptural understanding of Christ’s role in saving man from his overwhelming social and personal sin—which is now destroying the only planet upon which man can build a future—Dr. Perkins is determined to live her faith by adopting Daniel as her son and laying out a clear explanation of Western civilization’s wrong turns during the last 250 years. Modern man, this author believes, is so absorbed in worshiping his supposed technological “progress” that he does not yet see what Shestov, Mumford, Lyotard, Ellul, and other serious thinkers have seen—that we misunderstand the real essence of progress and that the unrestrained technological “progress” we admire so much cannot give us a human future on a healthy planet. Climate catastrophe looms, and we are now facing a situation in which to repent (to change) is our only option.

As a teacher, artist, antinuclear activist, Ruskin specialist, expert on the Enlightenment, and author of The Narrow Way: A True Story of Surviving Sexual Abuse, Vivienne E. Perkins, PhD, found a new life in old age when a twenty-seven-year-old man asked her to become his adopted mom. Considering this a God-given task, Dr. Perkins adopted Daniel and, at his request, wrote Letters to My Son to teach him the doctrines of traditional Christianity as transmitted to us from the early church to Karl Barth.