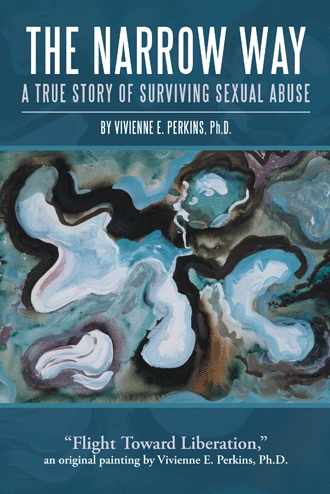 From the Preface: “When I reported my father’s sexual abuse, it caused disaster. My father, who was a clergyman, was forced to resign from his church; my brothers and I were removed from the home; my mother and I became permanently estranged, and I entered a very long period of my life where I was not only self-destructive, but permanently enmeshed in self-hatred, depression, and suicidal impulses. While I struggled with these problems, I had to deal with the overriding need to keep a roof over my head, to eat every day, to finish my education, and to present a reasonably normal “face” to the outside world while I kept my secret in a dark pit of despair.
The abuse also affected my religious life; I became convinced that God had set me up for this agony. Since I was enduring something [in 1947] no one ever talked about at that time, I had no evidence it had ever happened to anyone else. What other conclusion could I have drawn than that I had been singled out? But my first friend had been Jesus of whom I had read in the Gospel of Matthew in my early years.
So, I was caught in a dilemma that would take me many years to resolve.
On a very practical level, one of the things I discovered was that escaping my father did not mean I could escape the problem of sex. Men are always out there, and a girl with no emotional or financial support is certainly going to look for some kind of security--which she will inevitably find she can get only at the price of having sex. So, the very thing I was most anxious to avoid became the exact thing I was required to participate in if I was to find any emotional security. As far as I can tell, there are no men out there who will love a woman and take care of her without wanting to have their sexual needs attended to.
With the pain of possible readers in mind, as I have written this account, I have tried to focus on a much larger picture--one that says as little about the uglier parts of my childhood--in order to draw attention to the train of consequences that persist throughout the long life of the abused person and which affect every aspect of her life, including her marriages, her children and, in indirect ways, even her grandchildren.
But this book is not just about sexual abuse, which is really only one portion of a larger picture. As I pursued my academic career, I devoted myself to trying to understand the work I found myself living in.
The subject of my doctoral work was John Ruskin, the great Victorian writer and social reformer. Ruskin and I had similar minds. His great mental drive was to understand the direction in which the world was going. At a time when the Industrial Revolution was in full swing, Ruskin, almost alone, foresaw what the machine was going to do to human beings as they struggled to live their lives in an entirely different context than human beings had ever lived within before. Like Ruskin, I wanted to understand the world I was living in and how every part of that world affected every other part. Like him, I was interested in the big picture. It seems to be how my mind works.” 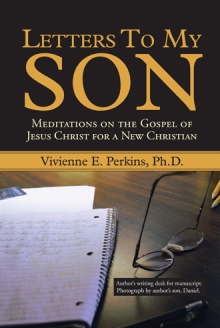 The Narrow Way is an honest account of a life, fully lived, under God’s all-seeing eye. Although a memoir, it is not a conventional one. No reader will like everything in this book, but every reader struggling with some aspect of life—sexual abuse, marriage, militarism, prison, the loneliness of the American experience, the failure of democratic institutions, the quest for self-knowledge, the search for God—can find something interesting and useful in it. Opening with an examination of the long-term damage done to sexually abused children, Part One covers the problems of marriage, the significance of dreams, art, and literature, an insight into suffering, an approach to understanding Scripture, and the social impact Jesus had on His society via teachings that we are still refusing to take seriously. In Part Two, the author gives an overview of the impact of the so-called “Enlightenment,” a period that promised a better human type living in an improved world, but that brought the human family instead to non-stop, high-tech war-making, rampant resource consumption, and an on-coming social, environmental, and economic catastrophe—precisely because Christians, seduced by the products of the machine, have steadily diluted their commitment to Christ, who showed us the “narrow way that leads to life.” The Narrow Way—the result of fifty years of hard study of the intellectual and social trends of the past 250 years—is a challenging book. Starting where theologian Reinhold Niebuhr left off, it critiques the so-called American way of life and calls for change.

A sex abuse victim, Vivienne E. Perkins describes how she survived to become a Ruskin scholar, a teacher, an anti-nuclear activist, an artist, a prison worker, a Cold War specialist, a critic of the modern church, and a critic of the increasingly dangerous world bequeathed to us by the Enlightenment and its stepchild, technology.