John 3:16 An Introduction to Christ and Christianity 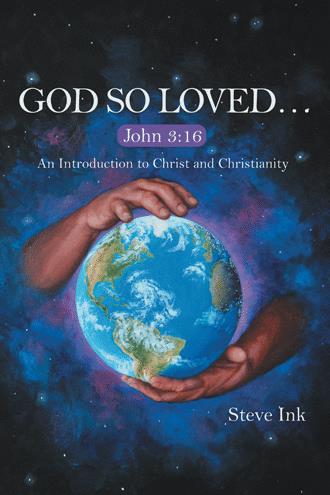 Everyone knew his name. He had excited the people as no other had. His words were powerful. He was fearless even before the authorities. He had a confidence that exuded from the sense that he knew what he was talking about from first hand experience. He didn’t just study about God. He really knew God. The tales of his healings ran rampant throughout Jerusalem.

Just days before, in Bethany, two miles out of Jerusalem, Jesus had stood before a cave, which served as the tomb for the corpse of his friend, Lazarus. Those mourning with the sisters of Lazarus watched Jesus as he prayed to God. Then Jesus shouted, “Lazarus, come out!” Their eyes turned to the cave not sure what to expect. To the astonishment of all who were present, a shrouded body slowly walked out of the darkness of the cave. It was Lazarus – raised after being dead for four days. Could Jesus truly be the long awaited and prophesied messiah? Many ran to Jerusalem and excitedly shared the story of the miracle they had just seen occur.

The religious leaders of the day also took notice of the events of Bethany, but they had a different reaction. Many false messiahs had risen to prominence claiming to be the savior only to be executed by the Roman authorities. These self-proclaimed “messiah’s” had given people a false hope. Such a false hope might eventually lead to the destruction of their faith and a rejection of the prophecies and teachings of Scripture. Hoping in someone who is eventually executed without fulfilling his mission is deflating and frustrating. It is faith destroying.

Additionally this itinerant preacher was proclaiming some radical ideas. Jesus taught people were to love their enemies, which was completely impractical and dangerous. He taught that the people should follow God’s words from Scripture. He explained the religious leaders were often hypocrites in giving lip service to the teachings and then finding some selfish and self-serving way around the principles of Scripture. Most of all, Jesus was leading the people away from the authoritative ruling of the religious leaders. He had to be stopped. But how?

Then word spread that Jesus was coming to Jerusalem. Crowds started to gather in anticipation at the entrances to the city. The religious leaders also gathered to analyze the situation and develop a plan. Jesus climbed on the back of a donkey and entered town in the company of his Apostles, other disciples, and huge crowds lining the streets. Riding a donkey with followers before an enthusiastic crowd was the long held symbol of a king’s processional. This further disturbed the religious leaders.

Jerusalem had not seen anything like this in a long time. The people who lined the streets spread their cloaks on the road before Jesus and began shouting, “Hosanna, Hosanna!” They laid palm branches on the ground before Jesus as a sign of honor much like we lay out the red carpet. The religious leaders were clearly agitated at the excitement Jesus had created. How could so many fall for this charlatan? What could they do to stop him without inciting a mob reaction?

As Jesus rode by one of the religious leaders, the exasperated man of authority commanded Jesus, “Teacher, rebuke your disciples,” for they were much too exuberant. Jesus responded, “I tell you, if they keep quiet, the stones will cry out!” This leader got the message. Jesus was saying that just as it is not in the nature of a stone to cry out, it is also not in the nature of a disciple of Christ, excited by the greatest event and personage in the history of mankind, to keep quiet. This was God incarnate passing by. How in the world could you keep those who recognized this quiet?

The raising of Lazarus from the dead and Jesus’ triumphal entry into Jerusalem was the final straw. This man had to be stopped and the religious leaders would find a way to do it. Within a few days, this itinerant preacher, this “messiah,” would be dead and buried along with all the other “false” messiahs. But that was not the end of the story. 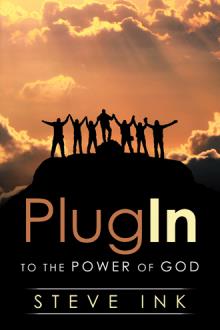 John 3:16 is perhaps the most popular verse in the entire Bible. It provides us with a concise description of God’s motivation and action that leads to the hope of the eternal, abundant life promised through Christ. It is the Gospel proclaimed in one brief sentence.

In God So Loved ..., this powerful verse is broken down so that each concept of the whole can be examined, explored, and personalized. Author Steve Ink examines who God is, what God has done, and how we should live our lives in response.

This book is written for those seeking to learn about and gain a better understanding of the good news of Jesus Christ. The main text of the book provides an overview of the Christian message as seen through Ink’s personal experiences. The notes provide supportive information for those who want to learn more.

Steve Ink has a BS in Film & TV from Montana State University, an MA in Religion from Pepperdine University, an M.Div from Abilene Christian University, and a J.D. from Santa Clara University School of Law. He has worked in a wide variety of full-time and lay ministry positions. He presently serves as an Elder of a church in Campbell, California and works professionally in trust and estate administration.