To the Power of God 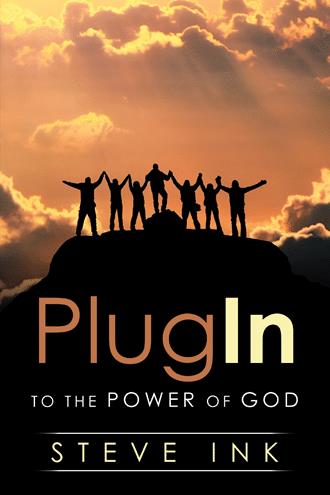 Imagine buying a brand new, high-powered laptop computer. It is advertised as having a long battery life, solid internet and wi-fi connections, and the capability of running multiple programs simultaneously without noticeably slowing down processing speeds. This computer can do complicated math computations, create powerful audio and video files, provide you with tools for creative and technical writing, grant you access to a world of Internet research, and significantly enhance your gifts so you can effectively accomplish all kinds of activities.

You’ve seen the promotional material on this computer and are excited by what it can do. You smile as you take it out of the box. You remove the plastic wrapping and connect the cables to the printer, carefully following the instructions. And then you push the power button.

Nothing happens. You push the power button again. Still nothing. What’s wrong with this computer? It should work. You’ve followed all the instructions to a T. They advertised this laptop as an amazing tool that will enhance your life and work. Did you get sold a bill of goods?

So you call technical support.

“Well, I just bought this new computer. It’s supposed to do all kinds of wonderful things, but nothing happens when I push the power button.”

The tech support person asks, “Is the computer plugged in?”

“Well, no. Isn’t it supposed to have a long-lasting battery?”

“But did you charge the battery first?”

“No, I thought it came charged.”

“Sometimes they do, but I suggest that you plug the computer in and see how it works.”

You pull out the plug, connect the computer to the outlet, let it charge a bit, and then push the power button. It takes a little while as the computer needs to store enough power to be able to run the programs. The computer then makes its opening sound, the screen lights up, and the programs begin o load. In no time at all, the computer is up and running with all the bells and whistles that were advertised. You sheepishly realize, “I guess I just needed to plug in.”

Every electronic device needs to be plugged in at some point. My wide screen TV, toaster, lamps, hair dryer, refrigerator, and vacuum require a direct connection to the outlet. If the device is not plugged in, it will not run at all. Other devices like my cell phone and cameras run on batteries. Batteries may last for hours, days, or perhaps longer. However, all batteries run out of power eventually. Then it is time to replace the battery or recharge them to get the equipment running again.

Sometimes devices can run off either power taken directly from the outlet, or from the battery. While plugged in, some devices can run with the battery charging at the same time. My laptop works like this, as does my electric razor and my cell phone. Technology has just recently introduced wireless charging, but there is still a charging process.

Even solar devices are plugged in - to the sun. We place solar collector panels on our rooftops or on the ground facing in the direction that will maximize their exposure to sunlight. We store the power collected from the sun in batteries so that power can be provided when the sun is not available. But sooner or later, the collectors need to be able to see the sun or they will not be able to draw power from the source.

No matter what type of electrical device we try to use, it has to be plugged in to a power source sooner or later, or it will not operate.

People will tell you how wonderful God is, how much he can do for you, and the power that comes from being connected to him, but we do have to connect. Instead of being plugged into the sun as solar collectors are, we need to be plugged into the Son – the Son of God, as the incarnation of and access to God. Without this recharging and empowering, we will spiritually lose strength and die. 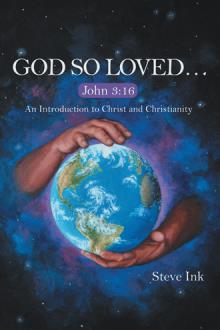 God has given us a three-pronged spiritual plug to plug into His power. Once we are plugged in, God’s Holy Spirit provides transforming power to help us become the people we become only with His help.

Plug In is designed to help people tap into the power of God. It is written for those just beginning their Christian walk and old-timers who find themselves stuck in a rut. Author Steve Ink describes a simple process of accessing the most powerful, life-changing force in or out of this world. “I hope a copy of this book will be given to every new Christian. We were never very good about equipping new believers in any systematic way.” - Randy Hall

Steve Ink has a bachelor’s degree in film and television from Montana State University, a master’s degree in religion from Pepperdine University, a master of divinity degree from Abilene Christian University, and a law degree from Santa Clara University School of Law. Although he works professionally in the trust department of a bank, he has served in multiple paid and lay ministry roles. He writes to help people to find their way to God through the Lord Jesus Christ. His first book, God So Loved, was written to introduce the message of Christ. This second book, Plug In, takes the next step to help people connect with God.