To Make a Long Story Short 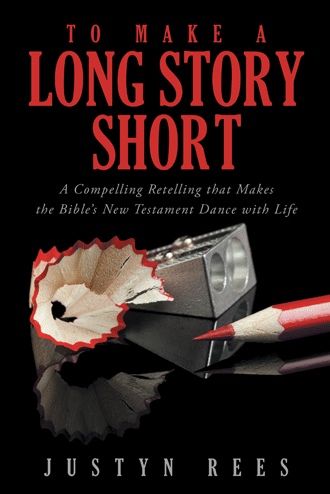 On the following Sabbath, one of the leading Pharisees from that region invited Jesus and a number of important guests to his home for dinner. The religious set in Perea didn’t seem to be as hostile as their counterparts elsewhere; nevertheless, as they took their places, Jesus was conscious of the careful scrutiny of his fellow guests.

Sitting directly opposite him was a man in evident discomfort. Jesus had noticed his lumbering walk on the way in. His legs and arms were severely swolen. To heal the man would hardly be politically correct in a Pharisee home and on the Sabbath to boot, but to sit there and watch him suffer was unthinkable. Had word reached this far out into the country about his Sabbath healings of the lame man and the deformed lady? Was this perhaps a trap? Maybe he could quietly reach out under the table and heal the man without causing a fuss, but that was not Jesus’ way.

“Tell me,” said Jesus raising his voice and addressing himself to the top of the table, where sat the leading Pharisees and teachers of the law, “does the law permit healing on the Sabbath or forbid it?”

All conversation round the table immediately died away. There was silence. No one replied.

“Well then, tell me this. If your son, or even one of your livestock, fell into a well on the Sabbath, would you leave him there till the Sabbath was over, or would you pull him out?” Again silence. “I’ll take that as a ‘yes’ then,” Jesus said, reaching over the table to grasp the man’s swollen hand. Before their eyes, the swelling shrank, and the man rose from the table with a look of surprised wonder on his face. He turned and walked quickly out of the room, leaving a buzz of animated conversation behind him.

“I have some advice to offer, particularly to you gentlemen at the top of the table,” Jesus said when the excitement had died down. “When attending a wedding reception, you would be smart not to grab the best seats, lest a more important guest than yourself comes along, and you are relegated to a lower position. Embarrassing, don’t you think? Much better to take a humble position and have the honour of being moved up the table when your host notices where you are sitting. Remember, the man who promotes himself risks being humbled, while the humble man can only ever be promoted. “And you, sir,” he continued, addressing their host. “I notice that most people at this table are your friends and relatives, who will doubtless return the favour by inviting you to their homes, just to keep things even. How much better, then, to invite disadvantaged people to your dinner parties, people who can’t repay you. That would be to your credit at the resurrection.”

“Hear, hear!” agreed one of the guests. “What a privilege it will be to eat at the great feast in the kingdom of God.”

“You’d think that everyone would be only too anxious to be there, wouldn’t you? But the reality is that it’s not quite like that.

“A rich man once threw a great banquet and invited many guests. But when the day came, they all made excuses. ‘I have just completed a real estate deal and have to go to check it out.’ Or ‘I have just had delivery of five teams of plough oxen. Must get them settled in.’ Or even – and this is the best excuse yet – ‘I have just got married. Can’t possibly leave the wife at home alone!’”

Laughter rippled round the table, easing the tension.

“As you might imagine, the would-be host was most upset,” Jesus continued. “He sent his servants to find some other people to share his banquet. ‘Go quickly into the street and bring in the homeless, the handicapped, the vagrants, and the misfits.’ But even then there were still empty seats. ‘Very well,’ said the frustrated benefactor, ‘go out onto the highway and drag in all passersby. I will have a full house!’ he roared. ‘And another thing,’ he shouted at the backs of his retreating servants. ‘Don’t let in any of those so-and-sos who were on my original guest list!’”

Once again, there was restrained laughter, but some had the uneasy feeling that the story was directed at them.

One of the guests, who had disapproval written all over his face, leaned forward: “I notice that you are not exactly choosy about some of the company you keep. This is not the only dinner party you have attended in recent days, if I am not mistaken?” Jesus had indeed recently been guest in a very different home: that of a notorious taxman, attended by all manner of his low-life associates.

“Well, look at it this way. Suppose you own a hundred sheep and one goes missing. Wouldn’t you leave the ninety-nine to go find the lost animal? And when you find it, wouldn’t you be so thrilled that you’d throw a party to celebrate? Well, it’s just like that in heaven when one sinner repents.

“Or think of a woman with ten silver coins and one rolls off the table and is lost. Wouldn’t she spring-clean that house from top to bottom till she finds it? And when she finds it, my, but what a party she shares with the whole neighbourhood! The angels in heaven throw a similar celebration over even one sinner who repents.

“A man had two sons. The younger of the two asked his father for the share of the inheritance that would one day be his, and he wanted it right away. With the cash in his pocket, he left home and travelled abroad. There he blew it all, living it up with no restraint. Eventually, he ran out of funds and, finding himself homeless and hungry, took a minimum wage job feeding pigs. Finally he came to his senses, realising how much better off were his father’s employees back home than he was, starving to death in this pigpen.

“‘I’ll go home,’ he resolved. ‘I’ll eat humble pie, admit my mistakes, and ask Father for a job.’ And that’s what he did, or rather, that’s what he set out to do. But when he was still some way from home, his father saw him coming. He ran to meet him and enveloped him in a big bear hug.

“When the boy could finally speak, he delivered his prepared speech: ‘Father, I have sinned against heaven and against you. I am not worthy to be known as your son.’ He would have continued with the part about needing a job, but the father was already turning back to the house, bellowing to his servants: ‘Hurry! Prepare a banquet to celebrate my son’s homecoming.’ So the party began.

“Returned sons are always more cause for celebration than even returned sheep or coins, don’t you think? But the story doesn’t end there. You see, there was the older brother who was out in the field at the time of the homecoming. He heard the sounds of music and dancing and came in to find out what was going on. ‘Your brother’s home and your father has killed his prize calf to celebrate,’ explained an excited servant.

“But excited the older brother was not. He refused to join the party, so the father went out to persuade him to come in.

“‘See here, Father. For years I have stayed home, working like a slave, never rebelling or doing anything to displease you. Never once did you give me so much as a goat to celebrate with my friends. Then in walks this son of yours who has blown your money on prostitutes and wild living, and you kill the fattened calf in his honour.’ 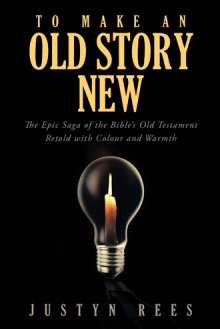 A baby is born to an unwed mother in a barn. The child grows up in an obscure mountain village until he emerges—a man with a revolutionary message. His out-of-the-box thinking and non-conformist charisma infuriate the guardians of the status quo who determine to destroy him, along with his dangerous ideas. Love and hate; life and death stand their ground in the ultimate face-off. But who will have the last word? Fascinating characters and fast-moving action, laced with humor, trace the thread of the original Bible story, allowing the narrative to live afresh today.

What others have said…

…the story line of the Bible reduced to a gripping tale, told with wit and warmth. This is the spinal cord of the world’s oldest and most influential book…

…respectful yet readable, insightful and invigorating.

…the drama, the wonder and the life changing impact of the Bible…

…a book that simply tells the story – and just the story! It’s brilliant!

…exposes the emotion of each moment with subtle details that form a new picture in one’s mind.

…the essence of the Bible—true to the text, true to the Spirit, eminently readable.

Justyn Rees is a lifelong student of the Bible. His deep understanding of the book enables him to make its profound truths accessible to ordinary people. He is a storyteller whose ability to keep audiences of all ages on the edge of their seats has taken him to several continents as he tells the greatest story ever.

Born in the United Kingdom, Justyn uses his many British dialects to lend color to the characters he portrays, while his sense of humor brings the truth he relates to street level.

Justyn’s career has included directing a conference center near London, England; serving as pastor for one of Canada’s largest churches; leading a team of musicians and actors across Canada on a five-year mission of reconciliation; and facilitating a delegation of church leaders from a dozen denominations to Rwanda. He has authored several books and is in demand as a speaker at conventions and conferences on both sides of the Atlantic. Justyn now lives in the province of British Columbia in Western Canada with his wife Joy.