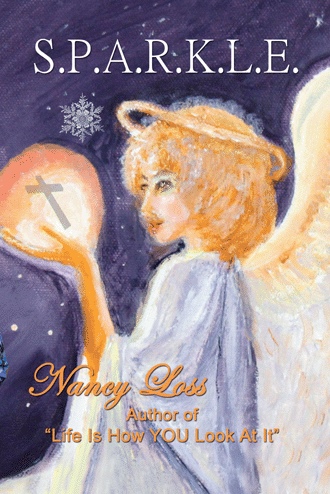 Last summer, while mindfully reviewing my first book, Life Is How YOU Look At It out on my sun-drenched lawn swing, the thought would next cross my mind as to what I hoped my cherished readers would remember from it most. At the same time, I recalled from my enlightening Helen Keller story, “how we are all born with an inner sparkle” that spills over into anyone’s life that we take the time to touch. Where here also, once hearing the word “S.P.A.R.K.L.E.” it was as if I’d been struck by lightning, as the Lord had just illuminated me fully on the theme for this next book! As even between “all the whining and the workloads, tons of pressure and thankless people” – remains the option to make pursuing peace the key, to living and loving our lives more by consciously doing less!

You see, by surrendering “both our battles and bliss” to God’s care, amidst leaning to rest and relax – we make the necessary room for the Lord to not only take over the reins unconditionally, but to work His magic in our worlds! Yet, at this time, you may also be asking: “What exactly does “S.P.A.R.K.L.E.” stand for?
It means to:
Seriously
Pursue
A
Relationship (with the)
King of
Life
Everlasting!

*** All this amid being truly grateful also, for those “lackluster situations” that you are actually going through while learning how to SHINE! 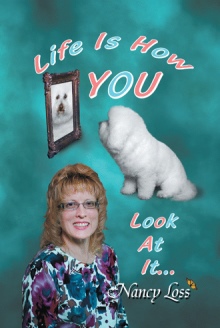 For all those times we’ve been told things like: “We’ll never amount to anything” and “Our efforts are never enough,” that we simply release these “supposed inadequacies” to the LORD -

and, like some truly shining examples learn how to totally S.P.A.R.K.L.E. instead?

Nancy Loss lives in the Western New York area and remains truly grateful for the God-given ability to light up people’s lives. Where foremost today, by willfully learning to become less busy, she continues to walk by both His grace and favor - and is eternally thankful also, for those special friends and family who’ll always have her back. Moreover, once stumbling upon the cherished concept herself, of “what it truly means to S.P.A.R.K.L.E.” - Nancy aims most to inspire others to pursue this trek as well. Excitedly too, while this second book’s journey would again reflect the wondrous bliss behind the Lord’s’ abundant blessings, she hopes that every reader will also learn to forgive, their own “not-so-sparkling moments,” amidst settling now for nothing less, than a stellar life that’s meant to be lived! Meanwhile, as it has since been Nancy’s biggest challenge to have her book’s rough draft submitted in about ninety days to coincide with her fiftieth birthday, she remains totally thrilled that for as much as some others tried to sabotage her creative energy (and even amid some last minute illness to her computer team), she was surreally able to pull this task off!

Yet, in closing she credits most God’s light for expediting her manuscript’s completion, joyfully combining some real-life heroes’ and heroines’ courage with the magnificence of His vibrant verses. While spiritually hoping also, that her victorious attempt to “share other’s sparkling stories” will appear in print just in time for Valentine’s Day, Nancy knows it will only ultimately publish, whenever the Lord sees fit. Where sweetly too, regardless of all the heightened strife and struggles endured, especially within the homestretch - it really is the perfect gift for those who refuse to give up as Nancy also believes, in the refreshing luster of the sand, the sun and the sparkle of living happily ever after!