To Whom It May Concern 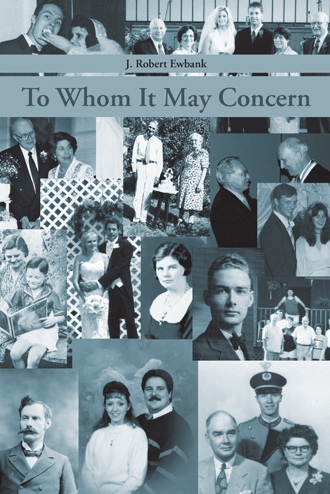 My sister-in-law, Gladys’ mother-in-law, one day was commenting on the perfume somebody was wearing. She said, “I smell toilet water.” Just then one of her grandsons was passing through the living room and said, “you should, Grandma, I just peed.”

We are Eating on What?

One day in Albion, Helen decided our kitchen table was not good enough so she got rid of it. I came home to find it was gone. We did not have much money in those days, so we had to eat off of the picnic table which had been in the back yard for some time until we were able to save enough money to buy a kitchen table and chairs.

One day Helen was at the mall in Peoria with her sister. I believe it was soon after their other sister had died. They looked up and here came this old man streaking in the mall—in his wheel chair. Quite a sight, I bet!

Helen’s Dad was quite a kidder and jokester. One day he was coming home from town in his pickup and one of his friends asked him what cotton was, meaning what is the price today. Bill said, “little, white fuzzy stuff.” His friend then said, I mean, what did you get for it? Bill looked at the seat of his pick up and said, “milk, eggs, some bread and other items.” His friend then said, come down out of that truck and I’ll give you a licking. Bill said, “I wouldn’t come down out of this truck for two lickings,” and drove on home.

One of my uncles would have me over to their house for dinner occasionally when I was in Topeka. We would be sitting around the living room talking and when his wife called us in for dinner he would say “You don’t care where you sit for dinner do you?” As an obliging nephew I would always say, “No, I don’t” to which he would reply, “Then you sit out here while we eat” and laugh uproariously. For some reason I did not see the humor at the time, but he caught me on several occasions with this question.

You Have to Pray

While visiting the Barkley’s one day all were out of the home except for Grandfather Cook, Ronald, Beverly, Paul, David and myself. When we were called to lunch, Ronald not wanting to get caught having to say the prayer immediately said “why don’t you say the prayer, Bob?” There’s not much you can say in our families but “yes.” So I started to pray, and I prayed, and I prayed some more, everything I thought about to pray for I brought up. As I was waxing eloquent in my prayer I hazarded a look at Grandpa Cook to see how he was taking it and saw he was silently laughing very hard because he knew what had happened and why I was praying so long, so I kept on praying.

Dad as a Preacher

Dad had a very interesting way of preaching. Some people could remember some of his sermons even years later. For instance one sermon was “Rivers.” He talked about long rivers, short rivers, shallow rivers, muddy rivers etc and related those rivers to our lives and how we live them.

One day in grade school a group of us were running together towards the front of the building. The fellow in front of me fell down and the boy running by him, who did not see me because he was looking forward, turned around, pointed at me and said “You tripped him.” I had seen his two feet get tangled up with each other just before he fell and I certainly did not trip him. I was sent to a detention room with a teacher in it to wait until after our lunch. I tried to tell her that I did not do anything but she would not let me talk and said “I don’t even want to talk to you.” That really hurt me.

When Dad was at Philander Smith, I was the only white child in a three block radius. All of my playmates for years were black, or rather Negro as we properly called them then. You would never think of calling them black at that time. I could walk the streets day or night in my area and know that there would be no trouble. One night I was coming home late, after dark, and I was walking in the middle of the gravel street and a group of black youths came towards me and stopped me. One of the group said, “That’s the Ewbank boy,” and I was allowed to go on my way.

As a college professor, when Dad started teaching at Philander Smith he received the tidy sum or $1 a month. This was during or around the depressing and money was tight. Dad said that he didn’t know what he would have done if his father hadn’t sent him a $20 dollar bill at times to help. Notes by my mother to this effect are retained in my files.

That SOB Really Goes, Doesn’t It

When Bill Glenn and his wife were visiting us one time I came home from the church office and went to the bathroom in the rear of the house before going into the front room where everybody was talking. As I entered the bathroom I saw shaving cream over the sink, the mirror, the walls, and yes, even the ceiling—everywhere. Apparently Bill had borrowed my shaving cream can and he always used soap but probably Helen told him to use the pressurized can and he was totally unfamiliar with it. When I laughingly asked him about it he said, “That s.o.b. really goes, doesn’t it?” 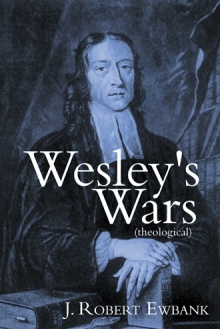 This is a compilation of vignettes of things that have happened to members of our family. It is recollections of events and people and of their interactions. Most of these recollections and events are told with a touch of humor, but some of them are straightforward and of daily life and problems we all face.

These little stories are grouped around various events in the author’s life, such as childhood, children, Baker University, Garrett-Evangelical Theological Seminary, various organizations for which he worked including the ministry, Union Steel Products, Michigan Standard Alloys, Echlin, Hi-Lex Controls, teaching at colleges and universities, and yes, even a bakery after retirement. There are some words about his prostate cancer, which after surgery and radiation therapy seems to be in remission—at least for now.

Some are about his difficulties and disillusionment with God, but God has won out largely or particularly through getting to know and love his wife. There are stories about both wives and the love and some of the troubles they had. The book ends with postscripts and some conclusions that are taken from the author’s life and thoughts.

This memoir is intended primarily for the four children as a Christmas present in 2013. Hopefully these recollections and concluding remarks will be interesting to others so they too will enjoy these memories of one family.

J. Robert Ewbank is a third-generation Methodist minister who graduated from Baker University, Baldwin, Kansas, in 1955 with a BA in psychology with honors and from Garrett Evangelical Theological Seminary, Evanston, Illinois, with an MDiv in theology in 1958. He has written two previous books on John Wesley’s theology.