Living with the Book 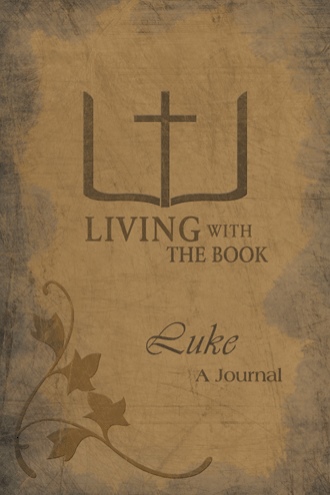 Luke 1
And Mary said: “My soul glorifies the Lord” (Lk 1:46; NIV)
The NIV uses the word “glorifies.” The NASB uses “exalt.” Most versions translate the Greek word megaluno into the English word “magnify,” which means to make or declare to be great. This word from Mary’s opening line has caused her song to be known through the ages as the Magnificat.
Lk 1:46-2:5

Luke 3
And the crowds were questioning him, saying, “Then what shall we do?” (Lk 3:10; NASB)
The people wanted to know how they were to respond to John’s call for repentance. He told the crowds, tax collectors and soldiers that they should be bearing fruit (v. 8) which reveals itself in generosity, honesty, integrity and commitment. Which things on this list are you doing well? Which of these things could you improve upon?
Do you find it interesting that Jesus did not tell the soldiers to lay down their arms but to use them justly and to be content (v. 14)? Are you content with where God has placed you?
Lk 3:10-17

Luke 5
But so much the more went there a fame abroad of him: and great multitudes came together to hear, and to be healed by him of their infirmities. (Lk 5:15; KJV)
Three times the KJV speaks of Jesus’ “fame” (Lk 4:14; 4:37; 5:15). Other versions refer to it as the “news” of Jesus. In these three verses, Luke actually used three different Greek words that show a progressive growth in fame. First (Lk 4:14), he uses a word (pheme) meaning “a saying” or “rumor” spread at the beginning of Jesus’ ministry. It wasn’t long (Lk 4:37) before Luke speaks of it as a “noise” (echos) or a “roar.” Finally, he uses the word logos (Lk 5:15), which means a “statement.” Jesus’ miracles were no longer seen as a growing rumor or loud speculation but rather as accepted fact.
Lk 5:15-19

Luke 6
Now it happened that He was passing through some grain fields on a Sabbath; and His disciples were picking the heads of grain, rubbing them in their hands, and eating the grain. But some of the Pharisees said, “Why do you do what is not lawful on the Sabbath?” (Lk 6:1-2; NASB)
Deuteronomy 23:25 permitted the taking of some grain as one passed through a neighbor’s field. The problem wasn’t the picking of the grain it was doing so on the Sabbath. The fourth commandment (Ex 20) says no one is to do work on this holy day. The Pharisees even objected to Jesus healing a man’s withered hand (Lk 6:6-10) when it was done on the Sabbath. They missed the point of God’s command. People weren’t to go about their lives as they did on the six other days. This day was to be special. It was to be a day of rest from ordinary things. That was the principle God gave, but the people turned it into hard and fast rules that were never intended.
Lk 6:1-19

Luke 7
And John calling unto him two of his disciples sent them to Jesus, saying, Art thou he that should come? Or look we for another? (Lk 7:19-20; KJV)
John the Baptist saw and heard God’s recognition of Jesus as the Promised One when he baptized Jesus at the river. John understood this to be the coming king that would lead the Jews to freedom. When John was arrested, Jesus withdrew from the region and it is not surprising that John would have some doubts. Had he misunderstood?
John the Baptist was the greatest of all the prophets for he was the one that saw the coming of the Messiah and he heard God the Father proclaim it to be so. We are even greater than John in that not only do we know Jesus the Christ came but the rest of the plan has been revealed to us. Jesus was the Messiah but He came first as a sacrifice. His return as the King has yet to occur but we are promised that the day will come.
Do you ever have doubts? If you do, then do as John did. First, he went to the Lord for answers. When he received the answer, John accepted it and boldly carried on without further doubt.
James wrote:
“If any of you lacks wisdom, let him ask God, who gives generously to all without reproach, and it will be given him. But let him ask in faith, with no doubting, for the one who doubts is like a wave of the sea that is driven and tossed by the wind.” (Jm 1:5-6; ESV)
As you consider the Word of God and His promises today, what doubts do you have? Write out your prayer regarding this matter.
Lk 7:19-30

Luke 9
They started arguing over which of them would be most famous. When Jesus realized how much this mattered to them, he brought a child to his side. “Whoever accepts this child as if the child were me, accepts me,” he said. “And whoever accepts me, accepts the One who sent me. You become great by accepting, not asserting. Your spirit, not your size, makes the difference.” (Lk 9:46-48; the Message)
Fame and pride tempt people of all ages, gender and race. Even the disciples fell into this trap when they argued among themselves. Jesus used a small child to help remind them and us that by putting others first we are following His example. Where might pride have crept into your life and your witness for Him?
Lk 9:46-52 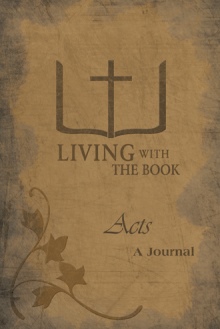 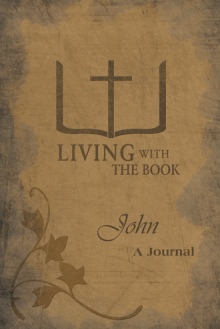 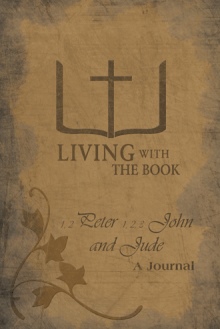 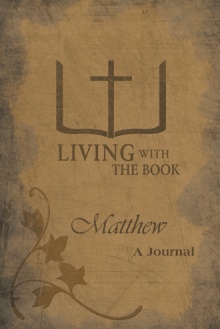 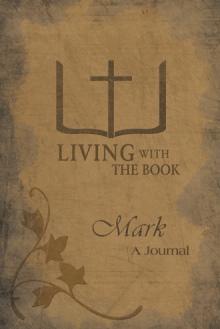 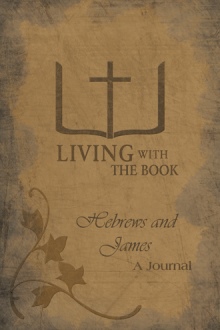 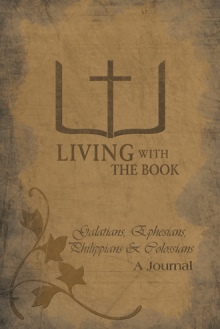 We should spend our entire Christian life searching the Scriptures to learn about God and His will for our lives. Throughout our lifetime we may study a book of the Bible many times. We will also hear messages and read commentaries or other books that help us better understand God’s word. Most of us take the insights we receive on various occasions, make a quick note, and promptly lose them.

Your journal provides a permanent place to keep a record of what you learn when you study the book of Luke. Add to your journal over the years, each time you return to this gospel, hear another message or read a book that provides new understanding of these Scriptures.

This journal provides insight into the times and the context in which God’s Word was first delivered. It will also challenge you to consider how the passages you are studying apply to your life today. As you read through a book of the Bible, spend time meditating on His Words. Pray about them. Write down what God is telling you from these passages and how you have been responding.

God bless you in your journey with Him.

Philip served nearly thirty years with an international management consulting firm. In 2007, he stepped down as president and COO and moved to Cincinnati, Ohio, to be become COO of Horizon Community Church. Phil holds a BS, MS, and PhD in Forest Science and an MA in biblical studies.

Linda has experienced nearly forty years of Christian growth and leadership. She has been a frequent mentor of women exploring their faith and has led numerous Bible studies for women in all stages of spiritual development.

In 2011, Phil and Linda said goodbye to Ohio and now share their time between Minnesota and Wisconsin, which is near their children and grandchildren. Linda continues to manage her business, Wild Goose Chase, LLC, and Phil is principal of Charlton & Associates, LLC.