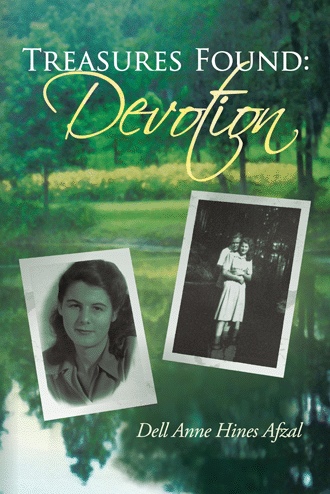 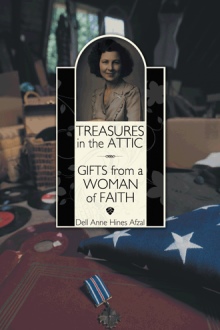 The time is 1991, and the family has moved their matriarch from her treasured home of over five decades to small-town living USA. Two of the family’s daughters have recovered lost items from their grandmother’s attic lost for decades. The discovery leads the author on a journey to uncover their beginning—that of family.

The treasures recovered that day will begin a journey back into time and offer a glimpse of a simpler and sweeter time and place.

Travel back in time to meet two youngsters straight from the rural North Central Florida backwoods and witness their growth to adulthood, straight into a full and wonderful life of love, laughter, and devotion.

Witness a treasured letter from a successful businessman and much revered relative that contains a heartfelt thanks to a mentor. This letter would open the author’s heart, mind, and soul to discover her beginnings.

The stories contained herein are lessons for those descendants left and hope they will know from whence they came.

Dell Anne Hines Afzal is a resident of Alachua County, Florida, and is employed by the Alachua County Clerk of Court J. K. “Buddy” Irby in computer operations.

While her father was ill in 2007, he received a beautiful letter written from a treasured nephew (TheRobertD) thanking him for the life lessons shared to a young boy and later as a man.

Robert D. Smith, author of 20,000 Days and Counting, is the owner of First Image of Franklin, Tennessee, and manager of inspirational speaker and author Andy Andrews. The impact of his letter to his uncle, Dell’s father, opened her mind and heart to note her family’s treasures and history.

Dell and her husband, Naser, live in Alachua County, Florida, with their family.