A Biblical View of Man’s Fall from Grace, His Redemption, and the Empowerment of the Holy Spirit 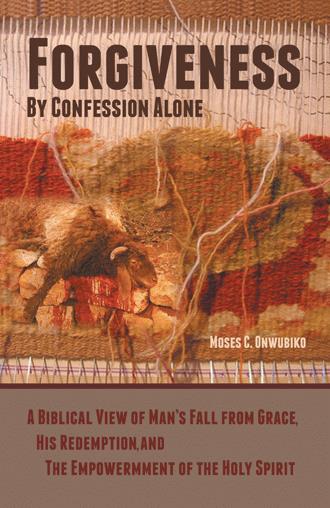 Jason Jarrard Stowe, what a way to end the year! At the young age of 30, you’ve had a great job with an international company eight years. You finally finished that mind-sapping, energy draining project. For a bonus, you have an opportunity to go overseas in the future. The company hired your best friend, Charley and you’ve had the privilege of working in the same department. And most of all, you have a lovely fiancée who is ready to share the rest of your life. Look out world! I’m ready for my next challenge! He whispered his grandmother’s saying when she was proud of him. “Jason, you have the world by the tail.”

Charley called from his office. “Hey, Jas’. Come here. This is very interesting.”

“Not now. Got things to do, people to see and the world to conquer.”

“I’m serious. Look at this! It could change your life.”

Jason stepped inside the office smiling. “My project is finished and my next assignment doesn’t start until January. I have a week to update my files and get my office ready for next year.” He glanced at the screen to see what was so exciting.

“Charley, you know better than to be on the internet. There is no telling why they are looking for that man. This could be bait for a criminal so they can arrest him.

“But Jas, you were born on that day. Maybe you’re a twin and your brother or sister is looking for you. Maybe you were adopted and no one told you. Why don’t you at least call?”

Jason glared at him. “Not interested! Besides, Mom would never lie to me. You know my natural father was killed when I was a year old. My stepfather married her and adopted me when I was eighteen months old. We’re a happy family and I’m not going to get involved with this.” He walked away. “My name is not Micah Joshua Ashley. Now, give it up!”

“No!” Jason lowered his voice to a controlled whisper. “Get off that site before they catch you. Remember, curiosity killed the cat.”

Charley argued, “Yea, but satisfaction brought him back.”

As Jason reached the door, he stopped, took a deep breath and turned around. “Charley.” No response. “Charley!” Finally he looked at Jason. “I’m sorry I lost my temper. We are best friends. You have the smarts to make a good name for yourself here. You’ve had two written warnings. One more and you will be escorted out with your belongings.”

Charley grinned. “Why do you think I turned my workstation around? I’ll see them before they see what I’m doing. Besides, there are other jobs.”

Jason leaned forward and reasoned with him. “Charley, THINK! This Company has gotten where it is because they are careful to keep all information secure and making sure employees don’t misuse equipment. They are not deaf, dumb or stupid! Please use your good brain and make something of this opportunity.” He straightened up and stared over the monitor. “I am going to say this once. As much as I care for you, if you are fired over this, don’t call me! I’ve worked hard for my position and you are not going to ruin it for me. DO YOU UNDERSTAND?”

Jason stormed out and closed the door. He wondered what prompted the missing persons notice. Poor guy. It must be important to resort to a missing persons internet search for a 30 year old man. Maybe he doesn’t want to be found. Mom said my father’s parents didn’t want either one of us, so no way is this about me! He was surprised how much being told they weren’t wanted still hurt. He’d never tried to contact his father’s parents to ask ‘Why?’ If they didn’t want him, he didn’t want them.

When he got to his office he muttered. “I’m leaving that alone.”

After trying to work for awhile, he swallowed his pride and went to ask Charley to join him for an early lunch. “Charley, let’s go eat.”

Without even looking up, Charley said, “I’m not hungry.”

Jason laughed. “You usually jump at the chance to get out of the office and especially feed your face. What is so important you can’t eat early? What is WRONG WITH YOU today?”

“You’ve got it! I’m out of here.” Jason stormed out, closing the door hoping to protect his friend a little longer. Charley was acting strangely and it bothered him. But he remembered his mother’s warning about the consequences to his own professional life if he continued trying to cover for his friend. He lost his appetite over this disagreement and went back to his office instead. I tried to help you, but it is obvious you don’t care. So, you are on your own. Not being able to concentrate he needed the rest of the day to get his mind clear. After advising his manager and changing his answering system message, he left.

Instead of eating, he went to his condo and logged on his computer. He searched for that website alert, printed out the information and pressed the number into his cell phone. “What can it hurt to make one call? I just need a little information to convince Charley, I’m not the guy.” Just as the call was answered, he hung up. “He’s a grown man. Besides, he’ll forget about it.”

After a late lunch and sweaty workout, he was still worried about Charley being fired trying to do something for him.

Forgiveness, by Confession Alone gives a comprehensive overview of forgiveness in both the Old and New Testaments. Onwubiko show us: man's initial relationship and fellowship with Holy God, man's sin yielding separation from Holy God, and God's sacrificial love and grace in restoring that broken relationship.

Against this theological background, the practical applications of forgiveness, for both the unbeliever and the believer, are explored. Understanding how to give and receive forgiveness is critical for the empowerment of the Christian's walks in the Lord.

Moses C. Onwubiko is an evangelist and international Bible Conference teacher. He is President and Founder of Grace Evangelistic Ministries, which was established in 1997. This ministry is a nondenominational, Bible teaching missionary organization whose first priority is to take the gospel of “faith alone in Christ alone” to a lost and dying world. Rev. Moses has taught and proclaimed the gospel in over 90 countries in Africa, Asia, Australia, Central America, Europe, the Middle East, and North and South America. He continues to travel anywhere God opens a door.