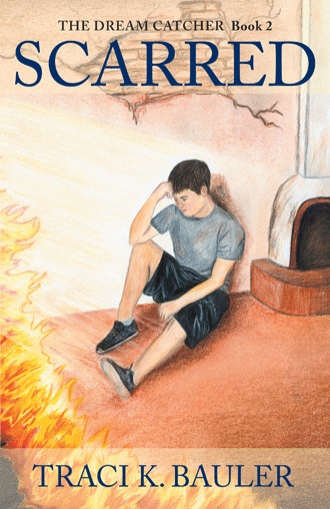 A coffin. Danny shivered. What if he wasn’t getting out of this box? What if it was meant to be his coffin?
He opened his eyes and starred into the darkness around him. He knew Rand was angry that he wouldn’t join the cult, that he wouldn’t share all of his visions. In fact, that’s why he’d ended up here, locked inside a box that was barely long enough for him to lay flat in.
He sighed and tried to adjust his body so that he could stretch out his legs. However, just like every other attempt, there was very little relief.
How had this happened? How does someone get kidnapped into a cult? That’s just not normal. Of course, nothing about his life had ever been normal. He thought about his parents, wishing they were still alive. More than anything, he wished he could have had more time with them. Then he thought about Rand. He had believed that Rand was dead, only to be kidnapped by him. And to make matters worse, Rand was groping for Danny to become the new Spiritual Ambassador for the cult. He felt breathless. What kind of person would treat his own cousin this way? And Rand had been like a brother. Danny felt his eyes burning.
Being stuck in this coffin reminded him of his limited existence – no matter what he longed for, he was confined. It didn’t seem to matter to anyone that he didn’t want to be a part of the Shinar. It didn’t seem to matter that he didn’t believe what they believed or that cooperating with them would forfeit his own belief system.
Then there was God. What was he up to in all of this? Danny wanted him to reach down and wipe the cult off the face of the earth. He wanted rescue. He wanted peace to live his life unhindered. All he had ever wanted was to be normal, and what normal person ever gets locked inside a coffin while they’re still living?
He knew that he wouldn’t get out of here until Rand was ready to release him. Audrey had already tried. He hoped she hadn’t gotten into too much trouble for trying to unlock this cold box. He still remembered her sweet voice calling out to him as they were dragging her away. That had been the last sound he’d heard for a while. Then the recording had begun. It was a recording of a man with a very monotone voice who spoke about all of the “wonderful feats” of the Shinar and explained the majority of their religious beliefs.
He sighed. How many times had he been forced to listen to this recording as it looped over and over again? How many days had he been left like this, alone? How many more could he stand?

Payton walked gently and quietly through the withered cemetery, stepping over the graves as he went. Grace had called and asked him to meet her here. He could see her a few feet away, sitting on a stone bench in front of a large headstone, and he felt nervous. Why had she decided to call him instead of the pastor? He licked his lips.
She turned and smiled at him past wet cheeks as he approached, and he smiled back, knowing that his face was full of sympathy. He felt guilty, however. All of the pain she’d had to experience could have been prevented if only he’d been able to solve the case sooner, if only Danny had been found. Now he doubted whether or not they’d really be able to find him.
He sat down beside her and gazed quietly at the headstone before them, and he knew then who they were, and why Grace had asked him to come. The name on the headstone was Sanchez. The two deceased had died twelve years ago today - Danny’s parents, Ramon and Joyce.
Payton wondered if Grace had come to the gravesite every year on the anniversary of their death. He wondered if Danny had always been with her, if this was the first time she’d had to come alone. So, he sat there with her in silence, no longer confused that she’d called him.
He stayed a tear as he stared at the bright sunflowers that adorned the foot of the gravestone. He didn’t know what to say, but he also knew it wasn’t necessary for him to say a word. She simply needed someone to sit with her and mourn with her, someone who understood, who was going through some of the same trials. So, he sat there with her, not only wanting to prove she wasn’t alone, but also trying to convince himself that he wasn’t alone either.
“They died less than a week before his fifth birthday.” Her voice was strained. He turned to look at her as she stared lifelessly at the headstone, his throat tightening as he thought about Danny.
She continued in a soft voice. “He only has a few memories of his mother.” He could hear tears in the words as she shook her head in disappointment. Her voice dropped to a painful whisper. “And she was so amazing.”
Payton tried to hold back the tears, but he felt one slip down his cheek as she turned to look at him. He fidgeted in his seat and looked away. He couldn’t imagine not knowing his mother, but to him that wouldn’t have been a tragedy. He kept that remark to himself, however, and looked back up at her gently.
“First the death of his parents and having to adjust to a new life, then having to deal with Rand’s sudden interest in the cult, Rand leavin’ us, and now this…” She struggled with the next word. “Kidnapping.” She sighed and looked back down at the headstone. “Danny’s been through more trauma than any kid I know.”
Now trauma was something Payton could relate to. He felt the hurt in his heart, the hurt for Grace and for Danny, the hurt for himself and Audrey, his sweet sister. He watched as she sat there staring down at the gravesite, and he wondered how his presence was any help at all.
She shook her head and wiped away a tear as she turned to look at him once again. He watched her sad and apologetic wet eyes. “I know y’all are doin’ your best to find him.” The tears flowed down again. “But I just don’t know how much more of this he can take.” She looked back down. “I don’t know how much more I can take.”
Payton wanted to apologize for not finding Danny sooner. He wanted to tell her everything really would be okay, that it wouldn’t be long now, but his heart wouldn’t let him speak. He felt broken down, and he almost couldn’t stand the pain growing inside his chest.
She let out a forced laugh and wiped away more tears. “But I guess I should be thankful, right?” she said shakily. “If Rand hadn’t begged me to let Danny stay over that night, Danny would have died with his parents.” 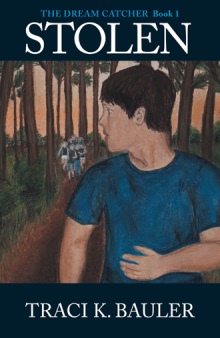 He yearns for the opportunity to sleep without visions and live life without forfeiting his own belief system. Yet, here he is, trapped in a tiny crate, lying cramped in the dark. The cult will use any discipline they feel is necessary to coerce him into accepting his fate – at least the fate they’ve determined for him. Danny loathes their torment, and he longs to escape their grasp with the girl he loves.

Will he be forced to spend his life mediating between the cult and their demons, or will God ever choose to set him free?

Traci K. Bauler is a passionate student of apocalyptic literature and the workings of God in modern times. She has ministered to youth for over ten years and is an avid reader of suspense and fantasy. She lives with her husband and children, and they serve as missionaries in Texas.