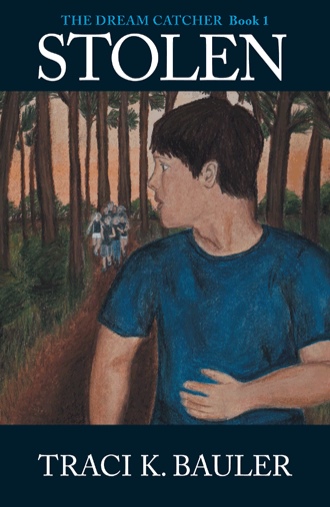 “Just get me out of this,” Danny let slip from his tired lips. The words ricocheted through the forest air, splatting against every raindrop. Stupid! His heart raged against his chest as he told himself to shut up. He froze, standing still and listening into the rain…nothing. So he moved on.
Lightning rippled silently across the Texas sky, and he wondered if the storm was clearing. He wondered if…
A branch slapped him across the face, and he felt himself falling. He tried to catch himself, but everything grew darker as he felt his mind fall also…into a dream.

He was four years old, sitting in the passenger seat of Aunt Grace’s little blue pickup, tears streaming down his cheeks. His cousin Rand sat beside him in fidgety silence as Aunt Grace drove them away from the burial site toward Danny’s new home.
Danny wondered why they wouldn’t let anyone look into the cold gray coffins. He wondered if his parents were really in them, or if someone was just playing a horribly mean joke. He almost expected to see them once they got to Rand and Aunt Grace’s house: to jump into his daddy’s arms…and to hear his momma’s sweet voice as she wiped away his tears, “Unneeded tears, Danny…unneeded tears…”
They pulled onto a country road, and looking out the passenger window, Danny’s eyes caught a glimpse of the bright yellows and reds of the wildflowers along the roadside. Aunt Grace began humming a gentle Mexican tune that only a twin’s heart would remember to sing, and he felt a slight peace. He watched the flowers fly past the window as he wiped away his tears with a small, shaky hand.

Heavy drops of rain stung at his face, trailing over his nose. He could taste it as it seeped into his mouth. Letting out a flustered sigh, he pulled himself up from the ground, his head throbbing. Nothing was going his way. But still he kept going, shoving his way slowly through the trees, listening hard into the night as he went. He heard absolutely nothing but the storm and his own cluttered thoughts.
Wait, a sound. But what was it? He listened…silence.
Had he imagined it…or were they almost on top of him? He strained his ears, his faltered prayers pouring out once more. If God was here, He’d have to choose if He was going to help or not; Danny didn’t know what to hope for.
The trees groaned and creaked around him. The wind whistled past him, ripping wet leaves from the branches and swirling them around his face. His heart started beating faster. Were they hiding just a few feet away, ready to pounce on him?
A sharp whistle pierced the heavy air, a familiar sound he’d heard only a few times…a sound he’d trembled at even outside his dreams.
He ran on, hoping he’d imagined it all, hoping he still had some time to get away. He prayed again…but would it help at all? Would he ever find a way out of this nightmare?

Detective Payton Connor crouched down, resting his arm on his knee as he stared at the muddied footprint that had been left on the porch. It was still morning, and it was already growing hot out. Clearing his throat, he looked up through the sliding glass door, watching as the rest of the team investigated the bedroom. He could see his lanky reflection in the window, the short red-blonde waves on top of his head, the fair skin…unsettled, he looked back down at the footprint. It was rather large and pointed toward the room…more questions. But of course, that was part of the reason he loved his job so much…weeding through all of the questions until he discovered the one answer, the truth of what had happened.
The door slid open, but he continued to stare at the footprint, searching through his thoughts, measuring it in his mind. The boy who had disappeared last night was only about 5’ 6”, and this footprint had to be near a size 14. He had assumed this was simply a runaway case, but maybe there was something more.
“Connor, you left your phone inside.” It was Justin’s voice, and Payton looked up into his dark gray eyes as he continued with a smirk, gazing at Payton’s phone. “And apparently Satan’s calling…didn’t know you knew him personally…”
He turned the phone screen toward Payton so he could see the ID, but Payton simply laughed, turning back to the footprint and asked. “How big do you think Danny’s feet are?”
Justin cleared his throat. “Um, the shoes in the closet are probably 9s or 10s. Why?” He knelt down.
“This print is too big to be his.” Payton combed his fingers through his hair. “Someone else was here.”
“So what,” Justin said. “So a friend came over and talked him into running away…”
Payton gazed back at Justin’s tanned face. “maybe…or an enemy.”
Justin looked confused. “What makes you think that?”
Payton smiled and nodded toward the door. “There are gouges in the door frame, near the lock, and if you look, you’ll see that the lock’s been broken…”
Justin jumped up to look, and Payton stood, walking past him back into the room. The air conditioning felt great. A table with a TV on it stood to his left, and he panned around the room, past the closet, the door, the dresser, the bed. Everything was in its place. Gazing to his right, he noticed that even the sheets had been thrown over the bed.
“But if someone came to attack him or kidnap him, why isn’t there any sign of struggle in here?” Justin stood behind him, sliding the door closed again.
Payton turned toward him, thinking. “His aunt mentioned a few of his personal items missing – toothbrush, cell phone charger…a kidnapper wouldn’t have bothered to take those things, and if someone had attacked him, Danny wouldn’t have had time to grab them.”
“So he must have known they were after him…” Justin’s voice was quiet beside him.
Payton nodded and headed toward the bedroom door. “I’m gonna go finish talkin’ to his aunt. Finish up in here and don’t forget to take pictures of the door and footprint.”
Justin snickered behind him, and Payton turned back around, wondering what was so humorous.
Justin held out his phone. “He’s callin’ again, and I’m not gonna hold your phone…take it.”
Payton took the phone and ignored the call, placing it back on its clip as he left and walked down the hallway. There was absolutely no way he was going to answer a call from her right now, and the thought of how angry she was getting of being ignored spread a pleased smile across his face.
“Connor, you need to see this!” Justin’s voice was animated, and Payton heard him hurrying down the hall behind him as he continued. “We just found it, crumbled up under the bed…”
Payton turned and looked at the plastic baggy in Justin’s hand. He took it and stared apprehensively at the small wrinkled page inside, an uneasiness filling his stomach as he read the black scrawling letters - Daniel Sanchez, you’re next. Then he saw the blood that stained the bottom of the page – three diagonal lines parallel to each other and a lone vertical line intersecting the three. He swallowed, forcing down the lump that had formed in his throat. What was this?! 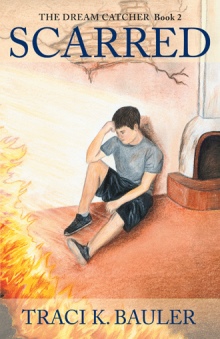 “This fast-paced thriller is a late night run for the head, heart and spirit.” – Ken Bailey, Publisher, The InterActive Christian

Plagued by his dreams.

Ripped from his home.

God gives him dreams but doesn’t tell him how to escape his fate. Will he ever find his way home, or will God’s “gift” really turn out to be a curse?

Whatever the case, Danny does the only thing he knows to do: run.

Traci Kirkland Bauler is a passionate student of apocalyptic literature and the workings of God in modern times. She has been writing for more than ten years and is an avid reader of suspense, fantasy, and epic fiction. She lives with her husband and children as missionaries in Texas.