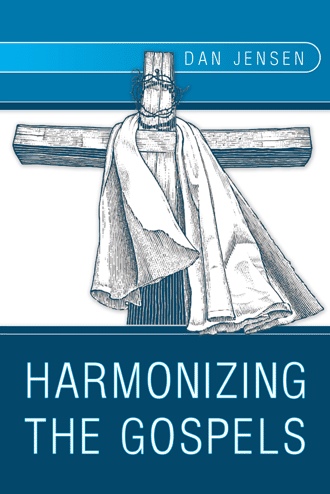 The first crucial thing to address in this foundational chapter is the matter of interpretation. The Bible is the inerrant word of God. This truth will not be proven, but that in no way should be interpreted as saying that this fact cannot be demonstrated. For that subject the reader is advised to begin a personal study in the arena of apologetics. The reason this truth is so important is because it plays a major role in how the Bible is interpreted. Sometimes what seems to be the most natural interpretation of a text has to be rejected in order to make it harmonize with other passages of the Bible. This does not mean that we are at liberty to stretch texts beyond the breaking point. This would not only be erroneous from a literary analysis standpoint, but it would also make the argument of this work viciously circular. What this principle does mean is that language is very flexible and must be interpreted by the way people in a given society, culture, or sub-group use their language. Hence, it is the position of this work that when taking this principle into account in regard to the biblical text there is nothing that absolutely leads to the charge of contradiction. The purpose of this work is not to prove this position in its entirety, but only to prove it as far as the Gospels are concerned. All of this is extremely important because most charges of contradiction are working from the assumption that the Bible cannot be the word of God and that the authors should be interpreted independently of each other and when this is done sometimes the most natural interpretation from one author does seem to contradict the most natural interpretation of another author. However, if for the sake of argument it is granted that the biblical authors must be interpreted by each other because God’s people had a specific way of speaking that was understood within that community, the alleged contradictions quickly vanish. What actually emerges is not only a very consistent picture of Jesus, but it becomes very clear that the Gospel writers wrote independently of each other while never straying from the basic facts from the ministry of Christ.

With that made clear, three crucial factors must ever be kept in mind when comparing any section of Scripture to another piece of Scripture. The first is the existence of textual variants. We must at all times remember that when we say that the Bible is the inerrant word of God we are only referring to the original manuscripts that were directly inspired by God. All copies and translations do in fact contain errors. This fact can be very disheartening to Christians, especially when they further discover that we do not possess any of the original manuscripts. This worry is completely unfounded because God has fully preserved the spirit of His word. This means that when we read all of God’s word as it is found in the manuscripts and translations today, all of the doctrines of the Bible can still be gleaned with clarity. There are some passages that may not reflect the original, but as long as we do not come to any doctrinal conclusions based on only one or two passages then we will not be led astray. Because minor errors have crept into the manuscripts, scholars debate some passages as to what the original stated. These debates are based on the various readings of certain texts within the manuscripts and these variations are called textual variants. While in most cases it is not difficult to tell what was in the original, this is not always the case and our choice of which variant is correct can affect how we try to harmonize Scripture. 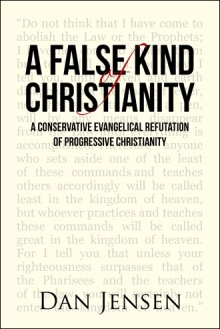 It is very common to read or hear that the biblical Gospels cannot be harmonized. In fact, many go so far as to mock any attempts at resolution as a fool’s errand. This phenomenon, often combined with other attacks on the biblical text, can cause Christians to doubt the trustworthiness of Scripture, along with adding fuel to the fire of those that would seek to discredit the faith.

In Harmonizing the Gospels, Dan Jensen walks the reader through the Gospel of Matthew, carefully comparing it to the other three Gospels and demonstrating in a point-by-point fashion that no contradictions exist between the four biblical Gospels. Many works have addressed alleged contradictions among the Gospels as part of broader themes and therefore often do not address every major accusation of contradiction. Furthermore, many of these works are either highly technical or are at the very least somewhat technical. Harmonizing the Gospels, on the other hand, sufficiently answers the objections of skeptics while remaining highly readable for all audiences and avoiding many other subjects so as to keep the work reasonably short and manageable.

Have your faith strengthened and learn how you can answer the accusations of alleged contradiction that are so often leveled at the Gospels by skeptics of the Bible by delving into Harmonizing the Gospels today.

Dan Jensengraduated from Bethany College with a BA in Social Science while minoring in Biblical/Theological Studies. He then earned his seminary degree at Reformed Theological Seminary and a ThM in Systematic Theology from the University of Aberdeen. He is an ordained minister with the Evangelical Church Alliance, is on the pastoral staff at City Church of Honolulu, and has been heavily involved in ministry work for twelve years. He is married to Heather Jensen, and together they have four children.