The Strong Road To Heaven 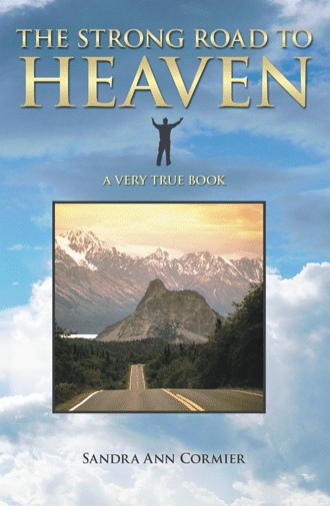 Sandra Ann Cormier is the chosen one of the spirit of the prophecy . Which means Sandra is the prophecy of the coming of Jesus. Jesus will address the world through Sandra. Sandra has witnessed Jesus three times. Sandra has witnessed two angels through a vision from God. Sandra has witnessed many other miracles.Sandra had a God glow around herself. Sandra would also see extra bright at many times. Far this reason was to let Sandra know that she was the chosen one. So that when Sandra would wake to her destiny she would be prepared, because the extra brightness in which Sandra would see was there to regain her trust in her destiny. As well as Jesus would allow many miracles to follow the path of Sandra, so then, when the days that we are in today would be here, Sandra would know her true destiny from God. Jesus has allowed a glow around Sandra. Sandra was sitting at her table one day then all of a sudden, Sandra witnessed a glow around herself. As Sandra was witnessing this glow she felt absolutely wonderful, this glow was from heaven. Sandra did look at her hand and did witness a glow arround her hand, as well as her arm and body. Sandra was on heaven,s time at that time , not on earth,s time. The glowing around Sandra would last a good while.The glowing, the brightness as well as her miracles would have a great impact on her destiny. So then Sandra would know how real and true she really is. Now then to witness something floating in Sandra,s bedroom was only of heaven, not of this earth. A supernatural act has happened to Sandra,s leg. Sandra,s leg was healed on heaven,s time not on earth,s time. Most beautiful to witness the sparkels, which filled the air as Jesus has put his hand on Sandra,s leg. On heaven,s time Sandra,s leg was healed. Now then, Sandra has also witnessed the pit of hell. Sandra has been to many different places in hell. As Sandra was sleeping one night, her spirit the prophecy went to this place in hell. Sandra went through many different shades of grayish and dark colors. What Sandra is saying to you is, she was floating on this carpet which went through this very, verylong tunnel to the pits of hell. Sandra was witnessing grayish and dark colors far a long way as she was on the floating carpet. Sandra was witnessing this colors far a very, very, very long time through a grayish and dark tunnel to the pits of hell. Then Sandra [arrived] in a far corner of the pits of hell. There in the distance of the pit of hell, Sandra saw this big ugly demon bird chasing some people. The people were running to this silver block, then from this silver block the people would run inside of this big, big building. Sandra could only see a little distance inside the building. So then Sandra stood up on the floating carpet to see inside of the building. The people just kept on running even as they were in the building. I have witnessed many, many other encounters in hell as well. Far Sandra to witness hell ,is far you the nonbelievers of hell, so that you would prepare yourself for the coming of Jesus. Also to wake you the nonbelievers into believing in the coming of Jesus. To make your life a life with Jesus. To know and understand the difference between good and evil. To hold on to the robe of Jesus. To repent today before you are left behine. Do not be left behine are you will have to deal with the antichrist. The antidhrist is a one man govern he will rule. The antichrist has come in the form of a man but truly is a demon. You who need to repent ,you need to repent today, before it is to late far you. The Strong Road To Heaven amen. 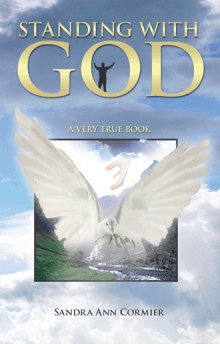 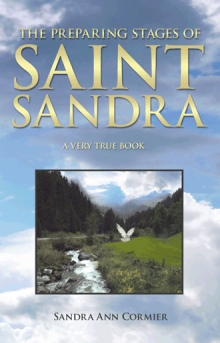 Saint Sandra is the chosen one of the spirit of the prophecy, of the coming of Jesus. Jesus will address the world through Saint Sandra. To witness Jesus three times as well as two angels, these miracles are so amazing. All of Saint Sandra’s miracles will sweep you off your feet. Something was floating in Saint Sandra’s bedroom. Saint Sandra’s leg was healed on heaven’s time. To get your spirit to heaven and not to hell is the way of this book. Saint Sandra has witnessed many different encounters in hell. Jesus wins over evil.

Sandra was raised in Crowley, Louisiana, a friendly place to be from. As a child, Sandra enjoyed playing outside with her sister and brothers. Sometimes Sandra’s mother and father would come out to sit on the porch, and Sandra would get excited. May God bless you, amen.