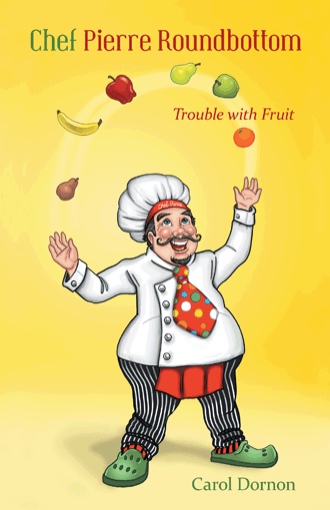 Big fluffy white snowfl akes gently fell over the little town of Whistling Wind. Within an hour, a layer of snow blanketed the sidewalks and streets. On the town square was a French bakery named It is a PEACE of Cake, owned and operated by Chef Pierre Roundbottom. It was nestled between a bike shop and a shoe-repair shop. A toy shop, bank, clothing store, and small grocery were a few of the other shops surrounding the square. The snow was coming down faster from the gray sky. Soon, the shopkeepers would need to shovel the snow away from the doors so customers could get into their shops.

The little town of Whistling Wind was a quaint and cozy place to live. The friendly people frequently visited the bakery for fresh pastries, cookies, and cakes. Children met friends in the Town Square Park to play, while their parents sat in the park’s gazebo and visited. Today, the gazebo held a nativity scene. The congregation of the Whistling Wind Community Church had assembled a nativity stable. In the stable, they placed wooden carvings of Mary, Joseph, and the baby Jesus. Other wooden carvings displayed sheep lying on a bed of straw, as shepherds adoringly looked at the baby lying in the manger.

Wise men from the East were kneeling before the manger, holding out valuable gifts to the baby Jesus. A mechanical angel overlooked the scene, quoting a familiar Bible verse, Luke 2:10: “Fear not, for behold, I bring you good news of great joy that will be for all the people.”

Twinkling lights glowed brightly in the evergreen and holly bushes growing along the walkways.

It sure looks like Christmas, Trace thought as he glanced at the nativity scene and the twinkling lights. Christmas Day will soon be here! Trace was in a hurry as he headed toward the bakery. As captain of the ice hockey team, he was chosen to buy a Christmas gift for Coach Sutton. So far, he hadn’t been able to think of one idea. Chef Pierre had never failed Trace when he had needed help in the past, so he was anxious to see the chef and ask his opinion on what gift to buy.

Trace was eleven years old, and he had been coming to the bakery with his mom ever since he could remember. His grandmother, Gramcracker, worked as Chef Pierre’s bakery assistant. Trace and his siblings and four cousins often stopped by the bakery. The grandchildren would laughingly tease their grandmother and say they would trade a hug for a cookie. So far their plan had always worked; they had never left the bakery without leaving a trail of cookie crumbs! 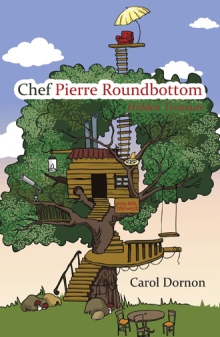 This edition is first in the Chef Pierre Roundbottom’s Character Trait Series. The stories within gently unfold how the fruit of the Spirit (Galatians 5:22-25) can be applied in a child’s everyday life.

Carol Dornon, member of Bethany Community Church in central Illinois, has written God-centered stories to assist you in the development of biblical characteristics in your precious children.

Reality, fantasy, and core biblical truths are weaved into the stories about a small-town French baker named Chef Pierre Roundbottom, his assistant Gramcracker, and the residents of Whistling Wind. These enjoyable, memorable, and biblically sound storybook characters see young lives changed in their town when biblical truths are applied!

Carol and Bob Dornon with their two children, spouses and eight grandchildren.