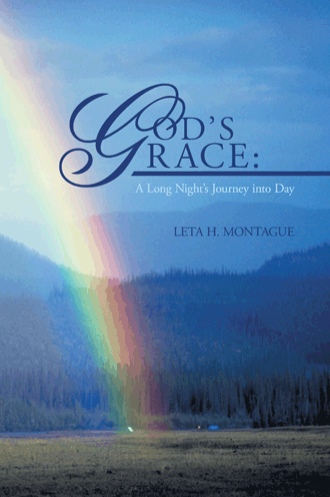 INTRODUCTION I’ve had many conversations with immigrant women who come to North America from refugee camps. Many of them have seen their children and family members killed before their eyes. They’ve had to run through jungles to escape persecution in order to preserve their lives. Many of the women who come to our country have suffered unspeakable acts. When they come to North America, they come to a new land to find peace, to learn a new language, and to embrace a new culture that is sometimes uninviting. They struggle with many issues: learning, school, daycare, and language and racial issues. They have to fight to keep their families together in a culture that sometimes conflicts with their family values. We cannot imagine, even in our wildest imagination, the emotional trauma they have experienced. On the contrary, we in North America are incredibly blessed! We will never have to face the trauma some immigrants face. Many of us have a job, a roof over our head, and a family to go home to. We have so much to give God thanks for. Nevertheless, as a society, we seem to have become very selfish and self-centered. It is the age of the “me” generation. What a startling contrast! In the last two years, many women have talked to me about the breakdown of my marriage, their marital relationship, and the destruction of their family structure. It is problematic when you hear of a spouse walking out of a marriage with the excuse, “I’m not happy.” It is a worldview that is prevalent in the secular world, and tragically, it has pervaded the Christian church. It is no wonder that the divorce rate reflects this worldview as it spreads epidemically throughout our society. Although I don’t espouse this worldview, I’ve gone through a divorce. It was painful, it was traumatic, and it was mentally, physically, and emotionally debilitating. One reason for writing this book is to speak to the hearts of women who are walking a similar walk. It means discussing, in part, small aspects of my marriage and divorce, but specifically, I want to take my readers through my journey to show how the Spirit of God led me, guided me, and strengthened me. I want to show how his grace protected and maintained me through that long, dark night of divorce and led me into the light of day. Over the last two years, as I used Scriptures as my guide, quoted Scriptures, or just took the high road on some issues, I was ridiculed, mocked, and accused of being judgmental and self-righteous. However, since I believe that God’s Word is absolute, I will continue to quote Scripture and use it as my guide as I cover several issues in this book. I pray that something in this book will ignite the heart of each reader and draw each person closer to God. Let’s begin our journey. The media frequently reports that 50 percent of marriages will end in divorce. According to statistics from Divorcemagazine.com: • 49 percent of marriages in the United States end in divorce. • 64 percent of marriages in Sweden end in divorce. • 45 percent of marriages in Canada end in divorce. • 43 percent of marriages in France end in divorce. • 26 percent of marriages in Israel end in divorce. • 18 percent of marriages in Greece end in divorce. • 12 percent of marriages in Italy end in divorce. (http://wwwdivorcemag.com/statistics/statsWorld.shtml) Statistics, media, and people of like mindedness paint a dismal picture of the survival rate of marriage in the non-Christian world. Unfortunately, the divorce rate among Christians seems to have the same survival rate, which is even more disturbing because they are supposed to know Christ and the power of his Word. Is your marriage on the negative side of that fifty/fifty chance of survival? Do you know someone who is in this position? I want to engage three types of readers: first, women going through a divorce; second, women who want to sow into other women’s lives; and third, anyone interested in relationship issues. If you are a woman who has been through a divorce, you can relate to some or all of the content of this book. If you are married or single but have not been through a divorce, I hope this book will help you to minister to the other half of the female population. This book is filled with Scriptures that can be used as a resource. It also reflects my faith and belief that there is a God who is interested in our lives and is willing to walk with us through our difficulties, if we only ask him. I pray that as you go through the book, God will meet you on your journey. 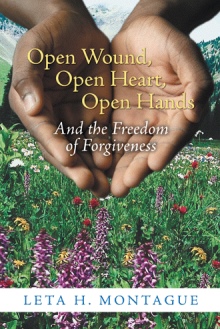 God’s Grace briefly discusses the issues and pain associated with divorce. The main thrust of the book is to show how God’s mercy and grace was manifested during the long journey of the divorce. The author tries to show that even though divorce is not God’s will, he provides and cares for his children through that long journey, and he does not let them walk alone.

Leta Montague is an avid reader and a prolific writer. She has been a Christian since 1981. She has occupied several positions in the church, such as Sunday school teacher, Sunday school superintendent, women’s ministry president, and pastoral assistant. She is presently involved in pastoral care ministry to elders. She teaches English as a second language to adults. She has three sons, two grandsons, and three granddaughters who are her delight. Even though she has a busy schedule, she still finds time to coordinate a nonprofit support group for women and teen girls.