And the Freedom of Forgiveness 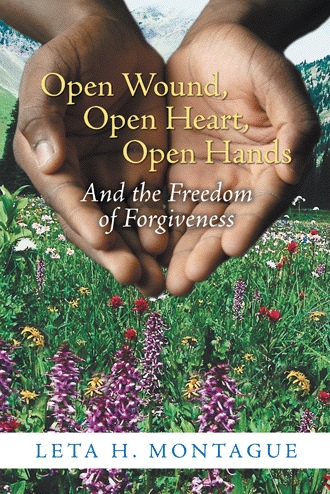 Life is a tapestry: A series of twists and turns that no one can predict! The journey of life is a series of vertical and horizontal paths going every which way but straight. The paths seem to go into seemingly uncoordinated and crazy directions. There are paths that stop suddenly: A loose end where once you thought it would lead to a connecting path. There are paths strewn with flowers, some with trees, some with thistles and others with thorns. As I reflected on life as a tapestry, I remembered my craft days. I did many forms of needlework and it always amazed me when I compared the back part of my work to the front. I wasn’t always the neatest needle crafter so the back of my projects always had lumps, bumps and loose threads everywhere. However, if you looked at the front, it was always beautiful tapestry. A work of art! Sometimes when we look at our life, we see only the discontinuance, the loose ends leading nowhere, the lumps and bumps similar to the back of my needlework projects. But God sees another side of our life. He sees the smooth, seamless side; the complete picture of the tapestry of our life. He doesn’t see the loose ends; because loose ends have finality to them and with him, there is no finality. He sees all the paths of our life tightly woven together and well coordinated as one because he lovingly and purposefully constructed each thread and each path when he created the blueprint of our life. Therefore, each path has a purpose and each path, each thread of our life, is a part of the whole. When we are wounded, it is a part of the whole picture. Each time we are wounded it is a bump in our life. For example, when our life takes a different path than we expected, when a relationship fizzles out or just dies, when a child goes astray, we think “Another loose end!” Wound after wound, bump after bump, we wonder, “What’s the purpose?” “Why did this happen?” And more importantly we ask, “Where do I go from here?” “How do I transition from this situation?” Sometimes the answer comes quickly, sometimes it comes in a short time, and sometimes we never get an answer. What I do know is that these bumps, in the form of wounding, are suffering and this wounding represents adversity; but it presents opportunities for growht. Whether we transition out of our adversity quickly or slowly, we have to make that transition. How we make that transition is up to us. An unknown author coined these words, “Adversity introduces a man to himself.” According to Oswald Chambers, “We all know people who have been made much meaner and more irritable and more intolerable to live with by suffering; It is not right to say that all suffering perfects. It only perfects one type of person...the one who accepts the call of God in Christ Jesus.” Being wounded is an adversity that comes to everyone. It is an emotional or physical condition caused by the hurtful acts of others. This can place one in a wilderness of which one has to walk alone. Many times people are wounded out of anger and unforgiveness. Wounding is propagated by anger and under this umbrella is jealousy, resentment, temper, blind anger, frustration, inadequacy, hostility, repressed anger and of course insult. No matter which word we choose to express those feelings, it is still anger. One of the beginning signs of anger is resentment. Resentment leads to jealousy and wounding, which in turn can lead to unforgiveness. On a continuum, anger is a disease; unforgiveness, a symptom of that disease; and the root cause of all the above emotions is spiritual and it is sin. On the other hand, although anger is usually viewed negatively, it is an emotion that can be good or bad, helpful or harmful. It depends on how it is expressed and how it is exercised. Anger as a constructive force is powerful. Historically, we can look at three men and see the effects of their anger. There is Abraham Lincoln’s anger at slavery and his public opposition to slavery. Ghandi’s anger at oppression and his subsequent action that changed a nation. In the book, “Ghandi the Man” by Eknath Eastwaran Nilgiri Pless, Ghandi is quoted as saying, “I have learned through bitter experience the one supreme lesson to conserve my anger, and as heat conserved is transmuted into energy, even so our anger controlled can be transmuted into a power which can move the world” (http://www.gakaionline.net/myths/gandhi.html. Dr. Martin Luther King’s anger at injustice is still bearing fruits in many cultures decades after he was assassinated. According him, “The ultimate tragedy is not the oppression and cruelty by the bad people but the silence over that by the good people”. In another of his speeches, Dr. King said, “The ultimate measure of a man is not where he stands in moments of comfort and convenience, but where he stands at times of challenge and controversy” http://ww.goodreads.com/quotes/188070-the-ultimate-tragedy). When Jesus was here on earth, he went to the temple expecting to worship his father but what he saw made him angry. He was angry enough to do something about it – he drove out the money changers. These examples of anger are expressed as a disciplined, dynamic, potent yet effective force that transformed situations and society. On the other hand, the anger we most often hear about in the news and in our community is expressed in a more negative light. For example, the high rate of divorce, the abuse of women and children, school shootings and the many countries at war with each other are all out of misdirected anger. 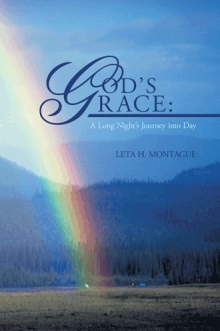 In Open Wound, Open Heart, Open Hands, author Leta H. Montague uses the lives of some biblical personalities to discuss the issues of hurts and wounds in relationship moving toward healing, forgiveness, and reconciliation. It is a refreshing perspective that interposes personal vignettes with biblical truths, demonstrating that God can use the hurts and wounds to call, prepare, and transform people for use in his kingdom.

Leta H. Montague is an avid reader and a prolific writer. She has been a Christian since 1981. She has occupied numerous positions in the church, including Sunday school teacher, Sunday school superintendent, women’s ministry president, and pastoral assistant. She is a public speaker who brings forth God’s word in a refreshing manner and is currently involved in ministering in the Word and in music. She has three sons, two grandsons, and three granddaughters, all of whom are her delight. Although she has a busy schedule, she still finds the time to coordinate a nonprofit support group for women and for teen girls.