Devotions for the Wounded Heart 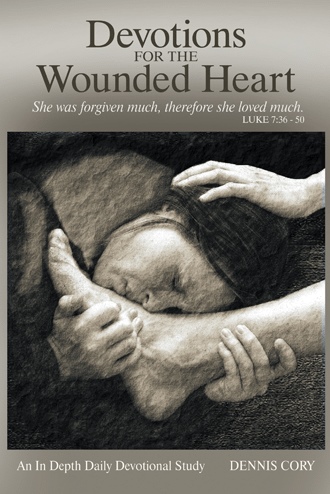 The Devotion for March 30 was on the first aspect of agape’ love from verse 4 entitled, ‘Love is patient endurance and is kind’. Some translations say that Love suffers long and is kind.

There are some different aspects here in the Love which “Endures all things”.
This love endures through all time:


On the downside; this love endures through - religious persecution; personal insults; issues at church – gossip, misunderstandings, false teaching; failures in our career; failures in our business; family problems; accident, injury, illness; friends who forsake us because of faith in Jesus; natural disaster; national catastrophe or war.
On the upside; this love endures - through a life long successful marriage; in the relationship with parents; in relationships with children; in relationships in the church; in a ministry calling; in successful business relations with co-workers, partners and customers; in associations with friends and neighbors.
Paul writes by inspiration of the Holy Spirit that living an enduring Christian life is as running a race. Here, God is speaking to us of a ‘strength of stamina’.
“Love ... Endures all things. Love never fails ”

I did not understand some of what the original word for ‘fails’ actually meant until researching this study. I always associated the word with the failure I had committed in my life. I failed as a human being, especially in my own eyes, because I was raised to know what was right and wrong, and what was good and evil. The basis of those things was in the Christianity of my parents, grandparents and ancestors going back hundreds of years.


The Lord speaking to Joshua when he was chosen as leader of Israel after Moses, said “I will not fail you, nor forsake you.” We might say it like this today: ‘I’m not going to hang you out to dry’.


Some translations of this scripture say that love never quits or it never stops. The Holy Spirit, through the written word, speaks of things that we can run out of.
1Ki 17:16 [AKJV] And the barrel of meal wasted not, neither did the cruse of oil fail. Isa 58:11 And the LORD shall guide you continually, and satisfy your soul in drought, and make fat your bones: and you shall be like a watered garden, and like a spring of water, whose waters fail not.

Jesus taught of how the Holy Spirit would flow out of a believers belly as rivers of living water.
38 He that believes on me, as the scripture has said, out of his belly shall flow rivers of living water.
39 (But this spoke he of the Spirit, which they that believe on him should receive: for the Holy Ghost was not yet given; because that Jesus was not yet glorified.) John 7 [AKJV] This “river” never fails because our God, who is love, never fails.
He never fails in effort or ability or supply; He never runs dry.
I remember Malcolm Smith saying one time that he was looking at a picture of a baby in a mother’s womb and the doctors were talking about how, even through osmosis, the things that the mother took into her system also went into the baby. That is why they tell pregnant women not to smoke and only take prescribed medicine. They said that there is even evidence that changes in a mother’s moods can be detected in the baby. The Lord spoke to Smith’s heart and said that this is just like you and I.
The baby is in the mother and mother is in the baby.
In the parable of the prodigal son, the father is a type of Father God. He said to the elder son who had always been with him, ‘Son, you are ever with me, and all that I have is yours.’ [AKJV]
Our wounded hearts are in the right place at the right time when they are in God and God is in them.

“By faith Joseph, when he died, made mention of the departing of the children of Israel; and gave commandment concerning his bones.” [AKJV]

Joseph, the Son Jacob (Israel) and Rachel, was one of the most misunderstood, mistreated men in the Bible. He was the beloved son of Jacob by Rachel, his first choice to marry. But she became his second wife because of the trickery of his father-in-law. Rachel died in the childbirth of Joseph’s only full brother, Benjamin.


Joseph, as the first born son of Jacob’s favorite wife was given honor by his father and responsibility to the degree that made his brothers jealous, causing them to hate him. Joseph was about 17 to 20 years younger than his oldest brother, Reuben. Jacob gave Joseph a very colorful and apparently valuable coat which only enraged his brothers more.


On top of the blessings in the natural realm, the Lord had anointed Joseph with Spiritual gifts including prophecy, prophetic dreams and the gift of interpreting dreams as the Lord willed.


Joseph knew the importance of the Spiritual gifts and I can find nothing to indicate that he used them for anything selfish or displayed pride in his God given abilities. His faith in God and a sincere honor for Him seems evident in scripture.


The jealousy and hatred of his brothers grew until the plotted to kill him but instead sold him to a trade caravan which carried him to Egypt where he was sold as a slave. (approx 17 years old)

This is one of the classic dysfunctional families in the Bible and because it is the foundational family of an entire nation it stands out more than many of the other whacked out Bible family groups.
(of course the first and most significant dysfunctional family was Adam and Eve who messed up the whole human race in their disobedience)


Joseph was a candidate for mental instability and what should have been severe emotional damage. BUT, somewhere along the way he had acquired a solid unshakable faith which carried him through the jealousy and betrayal of his brothers, his sale into slavery and imprisonment in Egypt.


He relied on God throughout his entire life and I believe it may have been due in a large part to the close relationship he enjoyed with his father. It is obvious by the written word that Jacob gave special attention and consideration to Joseph in the natural. I can just imagine that Jacob may have also given Joseph special one-on-one tutoring in the deeper things of God and His Spirit. Even so, I am not saying that he never doubted the Lord’s presence in his life because I think we all do at times. I have written before about some the darker periods of my Christian life and how I have cried out to God saying, “Where are You?” or “How long Lord!, before I feel Your presence again or see Your hand working for me in my tribulation?”


Even in those outbursts, our faith is evident because we are still showing that God is our only help by calling on Him in time of need. David is one who has written some invaluable words in the Psalms to let us know that we are not the only ones who cry out in despair but also in the hope of God alone. There are at least ten times I counted where David and other Psalmists cried, “How long, O Lord?” 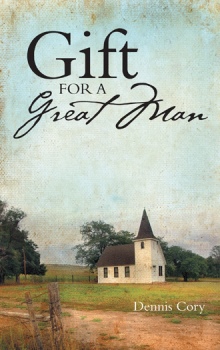 When Jesus Christ began His earthly ministry He first went out and got baptised and was then lead of the Holy Spirit into the wilderness and there was tempted of the devil. Then in the power of the Spirit He began teaching in the synagogues. When He came to His home town of Nazareth and went to church on the sabath and stood up to read. The elders delivered the book of Isaiah to Him and He opened the book to the place where He read these words:
“The Spirit of the Lord is upon me, because he hath anointed me to preach the gospel to the poor; he hath sent me to heal the brokenhearted, to preach deliverance to the captives, and recovering of sight to the blind, to set at liberty them that are bruised, To preach the acceptable year of the Lord.”
Luke 4:18-19 (KJV)
Jesus chose this passage of scripture because it was known to be a prophecy of the coming Messiah and it is a concise outline of the purpose and ministry calling of our Lord.
The Holy Spirit living in the hearts of every born-again Christian is working to fulfill this scripture for us all. Jesus Christ by The Spirit is also drawing all people to Him for their salvation through the measure of faith which our loving Father God has given to every person. It is will of God that no human being perish but that everyone would come to repnetence.
It is therefore His will that we all hear and resond to the gospel; That our broken hearts be healed; that the chains of our captive bondage be broken; our physical and spritual eyes be opened; and every bruise and wound we carry be healed.
That is the Theme, Calling and Purpose by which this Daily Devotional has been inspired to be written. The Word of God is clear in that our Heavenly Father wants all people to accept His salvation but just as true He wants all to be healed and delivered. It is my prayer that this Devotional will be used of The Lord to help accomplish this work in your lives.

I was raised in a Christian home and in weekly church attendence until age 16. I went into a life of excessive alcohol consumpsion and then into drug abuse for several years. In 1970 I experienced a cataclysmic Christian salvation conversion in which I was instanly 'born-again' by the grace and power of God in Jesus Christ. During the past 20 years I have been a weekly volunteer worker with Teen Challenge of Oklahoma (1993-2005) and from 2004-2009 I was involved in prison ministry 2 days each month at a medium security prison in southwest Oklahoma. I live in Snyder, Oklahoma; I am 63 years of age; I am single now and have 4 married children and 8 grandchildren all of whom live in the same general area of my home. I served 3 years in the national guard and 4 years active military service in the United States Air Force. I have been a member of the First Assembly of God church in Lawton, OK for the past 20 years.