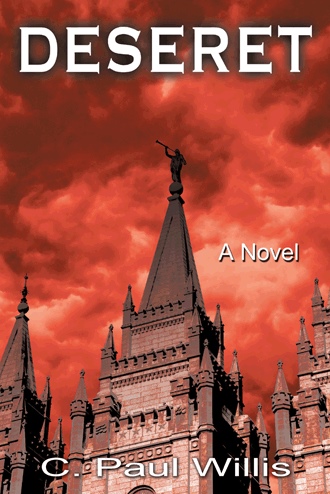 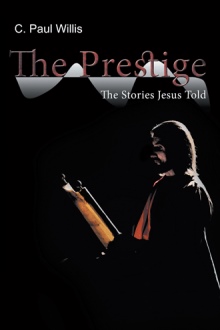 The Mormon Prophet, Brigham Young, had a vision. He would rule the kingdom of Deseret stretching from the Rocky Mountains to the Pacific. In Deseret, the church founded by Joseph Smith would find freedom from its persecutors. In Deseret, the church could practice the doctrines of Polygamy and Blood Atonement that made Young feel so powerful. Two people Brigham Young wanted to share Deseret with him were Christopher Wolf and his strikingly beautiful wife, Ann. Christopher, he wanted as a Danite protector and Ann as one of his plural wives. Ann, however, was as stubborn as she was beautiful and Christopher seemed to have a protector of his own. Did the charm depicting an English Cathedral, hanging around Christopher's neck have some kind of power? Or was it the Indian army scout, whom some Mormons said was an angel who always seemed to show up to upset Brigham Young's plans? Was the temple of Deseret the door to the Celestial Kingdom, or is Jesus Christ the door?

The story of Deseret will carry you through the tumultuous events that helped form the United States as a land from "sea to shining sea," and the Church of Jesus Christ of Latter-Day Saints into a unique American religion.

C. Paul Willis was a third generation "Mormon" who had an encounter with Jesus Christ that totally changed his life. Today he is a Christian Pastor, Missions Director, and Bible Teacher whose ministry spans the globe. As the speaker of "A Word from Glory," a network-sponsored television program (TCT Network and DirecTV Satellite) his program is seen in over 180 nations. He has written seven earlier books including one historical novel, Born To Triumph. Deseret is his only work relating to The Church of Jesus Christ of Latter Day Saints.