A Christian Humanist Inquiry Into a Persistent Controversy 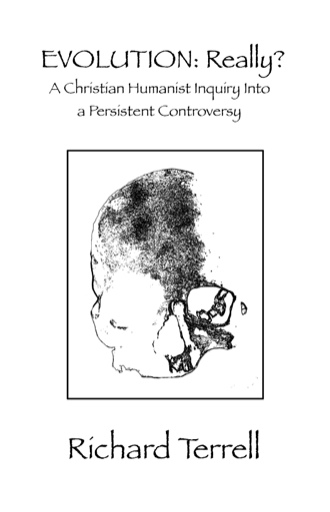 Introduction “I don’t understand why we’ve got so many students who don’t believe in evolution.” The statement, offered by a faculty colleague, carried with it an undertone of puzzlement mixed with a sense of danger. Another colleague, on another occasion, remarked about some students encountered in a first-year Liberal Arts seminar. “They don’t accept evolution.” The tone in this instance brought together a kind of dumb-founded amazement with a clearly communicated irritation. “They’re so narrow minded! “ The reflections I set forth in the following discussion may also earn me the raised eyebrow. There are some things that are just not to be questioned in academic life, and the doctrine of evolution is one of them. The question, however, is not why first-year students are slow to receive evolutionary enlightenment, but why so many professionals in various fields of science question it. That they do, and in fact have done so ever since the advent of Darwinism in the later nineteenth century, is readily apparent to anyone who looks into it and gives a fair hearing to different points of view and argumentation. Hence, my own “layman’s journey,” reflected in the pages that follow. This booklet has its origins in response to the situation of a college student I knew in the 1970s. Christine was a young, dedicated Christian majoring in Biology with a view to public school teaching certification. In a conversation, she related to me a troubling statement made to her by one of her Biology professors, who told her that her ambition was misplaced, that she should not, in fact, aspire to teach Biology in the public schools, and this for reason of her Christian faith. My indignation at this kind of academic malpractice spurred me to do some research into the alleged “warfare” between science and religion, and the result was the discussion that forms the bulk of what follows. I have, however, integrated more recent materials to reflect the on-going character, and current nature, of the larger discussion that continues in our society. Clearly, the issues and arguments have evolved significantly over the ensuing decades. Nevertheless, many of the arguments heard today are essentially regurgitations, however sophisticated, of classic arguments set forth by the older voices. For example, we may ask whether Stephen Hawking’s view of origins, as stated in his 2010 best-seller The Grand Design, adds anything fundamentally different from the viewpoint of Bertrand Russell, that we are all mere “accidental collocations of atoms.” It begs noting that the professor cited above may be an extreme case, although my own sense is that his attitude is more prevalent than academic leaders might care to admit. It is also likely that significant numbers in the professoriate share the perspectives of the professor mentioned above, and that they represent disciplines other than the Natural Sciences. Psychology and Sociology come most readily to mind in this regard. Such thinking is put across to students in overt or subtle ways, but in either case such conclusions, coming as they do from people with advanced degrees, and toward whom students have a natural relationship and loyalty, invite them to develop the notion that there is an irrevocable divide between their religious faith commitments and the open, joyful pursuit of learning. Another anecdote lying behind my interest in pursuing these matters finds me in the college sculpture studio engaged in a conversation with a very sharp, intellectually inclined student who maintained an aggressively confident stance as an atheist. Rich held that belief in God, and more specifically the doctrines of Christianity, were without merit, lacking logical coherence or evidential support. Our conversations on this topic were typically long, energetic, and exhausting. Conversely, they were also exhilarating. On this particular day our discussion ranged over a couple of hours, but never once did Science or specifically Darwinian thought become an issue. When Rich left, another student, a young woman who had been making pottery in the adjoining studio, approached me. “Mr. Terrell,” she said, “that discussion was really interesting. I found it fascinating. But I have one question. What about . . . well, what about evolution?” The question was almost shocking, as it demonstrated how unusual, indeed how impossible it is to imagine any discussion of the "God Question" without first addressing the subject of evolution. Had Rich and I been negligent? Indeed, it does seem that one cannot, these days, discuss the issues of Theology, Faith, Christ, Morality, etc., without first taking a bow to Charles Darwin. Even to embrace Christian belief demands, for many, effecting some degree of reconciliation with, or appropriation of, Darwinian thought. This is to a certain degree appropriate, for there is no question as to the influence of Darwinian concepts upon the practice of modern science and, in fact, the shaping of the larger philosophical outlook, or worldview, of “modern man.” I have no problem working through objections to the God thesis that are grounded in Darwinian evolution. I do insist, however, that Science is not to be given the sole, or even a privileged prerogative, to make pronouncements on issues of human origins, human nature, or certainly human destiny. Philosophers, theologians, and maybe even artists have something to day about all this. Moreover, beyond merely offering opinions, I affirm that they have knowledge. This being so, I insist that the larger discussion calls upon a broad range of insights from various disciplines, including the disciplines of the Humanities. 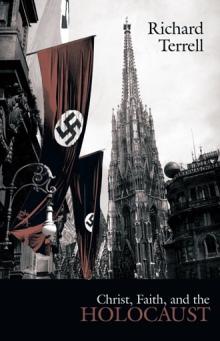 Why is it that 150 years after the celebrated appearance of Charles Darwin’s evolutionary vision, reasonable people—laity and professional scientists alike—remain skeptical toward it? Does Darwinian science, as various “new atheists” assert, nullify the rationality of theistic belief? What is the nature of Evolutionism as a worldview with religious implications?

Author Richard Terrell explores these fundamental questions and more, from the standpoint of the Humanities, arguing that the issues of life’s origin, human nature, and human destiny call for a larger arena of discussion than can be provided by science alone. He rejects popular notions that science has put an irrefutable barrier in the path of theistic belief, and casts light on how the evolutionary vision of life—expressed as scientific materialism—constitutes a religious worldview of its own with questionable implications for the human condition. Along the way, Terrell considers the thoughts of such classic evolutionary thinkers as Ernst Haeckel, Julian Huxley, George Gaylord Simpson, and Theodosius Dobzhansky, along with more contemporary thinks like Richard Dawkins and other “new atheists.” Drawing upon the rich historical storehouse of affirmation and skepticism concerning Darwinism, Terrell argues that opposition to Darwinian beliefs is not confined to religious objections, but that the most serious challenges have come from scientists. Surprisingly, this “minority report” has existed through all the years of Darwinian cultural ascendancy, and is gaining in strength today.

Here is a challenge to encourage students’ free inquiry into Darwinian doctrine and cultural influence free of dogma and intimidation.

Richard Terrell is Emeritus Professor of Art at Doane College in Crete, Nebraska. He taught in the areas of Fine Arts and Humanities for 44 years in the setting of Liberal Arts colleges, along with interdisciplinary courses in Worldviews. Articles by Mr. Terrell have appeared in Christianity Today, Eternity, Christianity and the Arts, and Christianity and Society. He is a contributing author to the book "The Christian Imagination," edited and written by Dr. Leland Ryken. His book, "Resurrecting the Third Reich" was published in 1994, by Huntington House, Lafayette, LA.

Richard is a working artist and is Director for Ad Lib, a Christian retreat ministry for artists and writers of Christian faith and conviction. The retreat meets annually in Colorado, and brings together artists, writers, and performers for purposes of learning, worship, critique, and Christian fellowship.

Richard lives in Lincoln, Nebraska, with his wife of 48 years, Louise. They have two grown children and one grandchild. He maintains a studio at the Burkholder Project, a studio facility located in Lincoln's Historic Haymarket District.