Christ, Faith, and the Holocaust 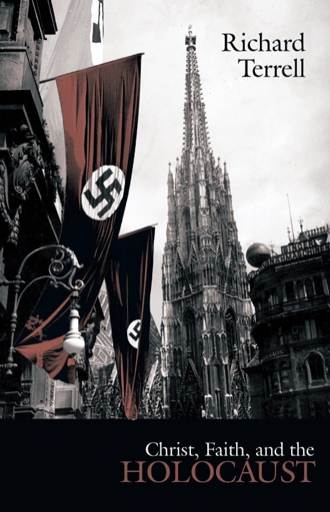 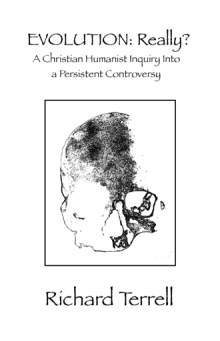 How did the Holocaust take place in a nation of rich Christian history and cultural achievement?

What ideas—spiritual and intellectual—contributed to the nightmare of Adolf Hitler’s Third Reich?

What theological forces contributed to the confused witness of the Christian churches?

How do Christians respond to the accusation that the Christian faith itself, even its own Scriptures, contributed to this modern tragedy?

What can Christians today learn from those who did, in fact, “stand in the evil day?”

In Christ, Faith, and the Holocaust, Richard Terrell responds to these haunting questions in a work of cultural apologetics that takes up the challenges and accusations that Christianity itself was a major cause of Nazism’s destructive path. Here, the Nazi movement is exposed as a virulently anti-Christian spirituality, rooted in idolatrous doctrines that took every advantage of distorted theology and emotional pietism that had evolved in German thought and church life. Here you will find the drama and importance of ideas and stories of personal witness that will sharpen the contemporary Christian’s sense of discernment in the arena of spiritual warfare.

Richard Terrell is Emeritus Professor of Art at Doane College, Crete, Nebraska, where he taught in the areas of fine arts and humanities from 1970 to 2009 His articles on the arts and Christian faith have appeared in Christianity Today, Eternity, Christianity and the Arts, and Religion and Society Journal. He was a contributing author to the Leland Ryken-edited collection The Christian Imagination. His book, Resurrecting the Third Reich, was published in 1994 by Huntington House, Lafayette, Louisiana. He has pursued studies in New Testament history, church history, and Christian apologetics at Trinity Evangelical Divinity School, Deerfield, Illinois, and has served various churches in Nebraska as lay-pastor and pulpit minister.

Richard is a lay minister in the American Baptist Churches USA, a practicing and exhibiting artist, and writer. He is the program director for Ad Lib, a retreat ministry for Christian artists and writers meeting annually in Colorado. He has been married since 1962 to his wife, Louise. They have two children, a son and daughter, and one granddaughter. A native of Illinois, he was raised in the Chicago suburbs and has lived in Nebraska since 1970. He received a BFA degree in 1962 from Illinois Wesleyan University, and an MFA in 1964 from the University of Wisconsin, Madison.

He is an avid student of theology and biblical studies, history, politics, and the arts. He has been a frequent participant in public forums in his community discussing social, religious, and artistic issues.