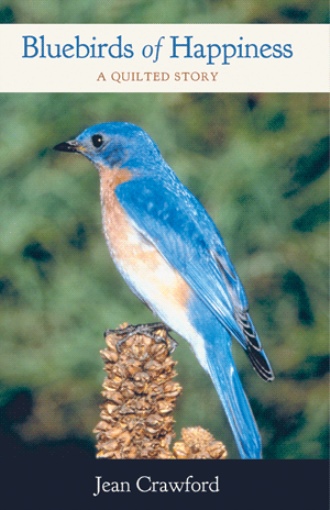 The colony would be called Georgia in honor of King George 11. It was cold as they stood on the dock waiting to board the Ship Anne from Gravesend on this November day of 1732. Marie and Papa were so grateful to Colonel Oglethorpe for finally making it possible for releasing them from bondage. Their only heartache was that Mother would not be with them as they took this journey to the colony of Georgia but then they remembered what Mother had said just before she passed away. She wanted them to enjoy the new land and the new opportunities. It was important to her that they would be free. They knew God would see them through this journey to a place where there would be new friends and new experiences.

Marie looked around her and she knew she recognized some of the voices. One young fellow seemed to stand out from the crowd. He was tall and had red hair. She knew that he was the one she heard singing especially in the early night hours as they were held in bondage. The singing had always helped her to fall asleep and along with her mother's encouragement it helped her to pray for their release. She had never dreamed that it would mean traveling to another country. What would she have done without her mother? She not only lost her mother but also her best friend. Mother was a friend to her the whole time they were jailed. As Papa was engrossed in studying the Bible, Mother would tell her all kinds of stories about growing up in Ireland. Marie had lost track of her friend, Margaret. she was glad Margaret did not come with her mother to bring them food but that stopped too five years ago. She did hear that Mr. Black was released but after the settlement he was penniless. Marie hoped that Margaret had been able to marry in this time and establish her own home. Mother would tell Marie stories about her parents, which would be Marie's grandparents. Her grandparents lived in Ireland and Mother was sure the young fellow who was singing was Irish. His Tenor voice had been appreciated by all until he was told by the jailors to quiet down.

It seemed everyone had moved down farther on the dock now especially around one older man who was standing next to Colonel Oglethorpe.

Marie nudged her papa, "Who is the man over by the edge of the dock, Papa? It looks like he has gathered some of the people around him to pray." Marie thought they should be praying too for this trip over the ocean. She looked at the ship in awe. The sailors were getting ready to unfurl the sails which would be a difficult task in light of the strong November wind.

John was so thankful Colonel Oglethrope had the compassion to work for their release. He imagined it had not been easy to convince the King and the parliament. It was wonderful to see Marie in clean and proper clothing. The clothing must have come from Colonel Oglethorpe's friends. Marie's blue dress with the ruffles and lace trimming was very pretty on her and complimented her beautiful blue eyes. Her black hair was caught up in a bun. Papa was grateful for his clothes also. He knew they would not stand out in a crowd now but would look like the average person and not someone who had served time in Debtors Prison. Of course they were still very thin and looked pitiful. Hopefully that would change when they had some food to eat. Marie's dress was just hanging on her but she didn't care as she knew better days were coming when she could get enough to eat. This had been hard on Papa and in the daylight she could see his silver hair which once had been beautiful auburn hair. 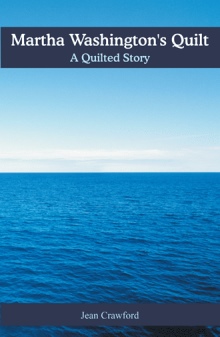 Bluebirds of Happiness is a quilted story that takes the reader back to colonial days when citizens were torn between patriotism, loyalty to their mother country, and love of their families. History comes alive as you read of the early days of Savannah, Georgia illusrated in this excerpt from the book: Everything looked bleak for John and Marie this morning of January 1, 1779. They were so disappointed their army could not stop the Brtitish from occupying their city of Savannah. They were saddened by the loss of the Patriots lives but still held on to the belief that freedom was worth the sacrifices of their people. They could see the British Military going up and down their streets as they kept order among the citizens. "I wonder, John, if we will ever have freedom in our lifetime. I keep wondering how our sons fared in all this and we didn't even hear from George and Mary."

Jean Crawford grew up in Illinois and served God in whatever was needed in Glenwood Bible Church, Deltona Baptist Church, and Faith Bible Church of Deltona, Florida. She has a certificate of membership in the Newspaper Institute of America from New York City and has completed a course in writing at Daytona Beach College. She belongs to the Daughters of the American Revolution of Deltona, Florida. She and her husband Jim lived in Florida for 23 years and are now living in DeMotte, Indiana where they are reconnecting with childhood friends and making new friends.