The Arrow That Flies by Day 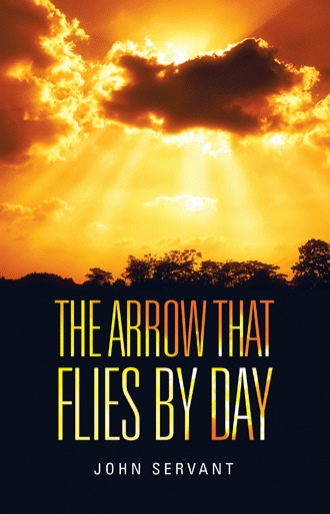 He was about six feet two inches tall. He was slender but not overly thin, and he did not wear glasses. He appeared to be well-built. His pants were khaki and slightly wrinkled. His hair was brown in a crew cut, his complexion was ruddy, and his eyes were blue. He carried an old-looking brown leather jacket that had seen much wear but was not dirty. It was the kind of wear inflicted by someone who had only one jacket. It was warm, so he carried it. He wore an easy smile. He had an air of mystery about him, and he was certainly out of place where he was.

He had wandered onto the New Jersey Raptors’ practice field on the first day of training camp. He’d come on foot. He had no car—just a knapsack. He had walked, but who knew from where? The athletes competing for spots on the team were already on the field. They were not in full uniform but in gray T-shirts and shorts.

He tried to approach the head coach, but his path was cut off by an assistant coach. “I’m sorry,” the man said. “This is football practice. It is closed to the public.”

The assistant coach smiled. “I’m sorry, young man, but all our draft choices and free agents are already here. We don’t have any openings.”

This was the safe response, since nothing in this young man recommended him as a great athlete.

“What college did you go to?” asked the assistant coach.

“University of Afghanistan,” replied the man.

“Thank you for your service, but we have kickers. I don’t think we need another one.”

“I’ve encountered many obstacles, sir. I should have died many times, but each time God saved me. I prayed for guidance as to what to do, and it came to me in a dream that I should be a kicker.”

The assistant coach was a tall African American man named Eugene Eckley. He had been a linebacker on several professional teams and had retired as a player a dozen years ago. His brother had been killed in Afghanistan. He knew this boy had no chance at making the team, but something inside him wanted to try to help him.

“Son, there are many job programs for veterans. Have you ever kicked for a school team before?”

“I played in high school, but after my father died I enlisted in the Marines.”

“Don’t you have any other family?”

“I want to make this my new family, sir.”

“Son, this is pro football. Few athletes can compete at this level, and to try to do it without any college training, you’d have no chance.”

“Sir, if the war taught me anything, it was that if I’m willing to take chances, I’ll have chances.”

The assistant coach looked down toward the ground. This kid had no chance, but he was a nice young man and a Marine. He deserved at least a shot. The thought ran through his mind that this could have been his brother. 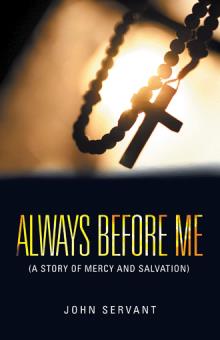 ALWAYS BEFORE ME
John Servant
$9.95 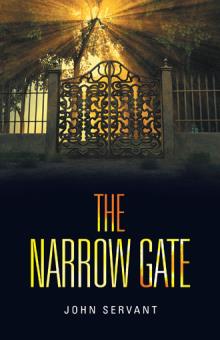 The Arrow That Flies by Day deals with a wounded marine’s efforts to conquer his physical wounds and to play in the NFL and to overcome his spiritual and emotional wounds to win at the ultimate game of life. The main character joins the service to avoid reform school and comes out physically and emotionally wounded. His parents are dead, he has no family, and he only has one friend—an old nun who was his high school principal and who would help him find his way.

Our marine shows up at training camp one day with all his belongings. He never went to college or played on any college football team but the aggressiveness he learned in the service and the commitment he learned from his father and his friend, the nun, helps motivate him to succeed but also causes conflicts with certain teammates.

The story progresses through the professional and personal struggles for this man who does not know the meaning of surrender. He is at first cut from the team because of the lack of experience but an injury to the team’s kicker provides an opportunity for him to return and play a crucial role in the team’s success. Along the way he falls in love with a girl he knew in high school whom he meets by chance at her father’s restaurant, and he struggles to figure out how his wounds will affect their relationship.

But the romance and his career are cut short when our marine has to make a choice that causes him to lose everything he has worked for but to win an even bigger game—the game of life.

The author was a lawyer for many years. He witnessed many men overcome immense problems and hurdles to achieve nearly out of reach goals. He also saw some fail along the way. His clients included a major sports team and a major religious order. He spent his life helping people overcome obstacles and achieve goals. Along the way he learned the importance of prayer and inspiration. May this story of hope, courage, recovery and redemption serve as an inspiration to all who read it.