The Court, the Camp, the Throne 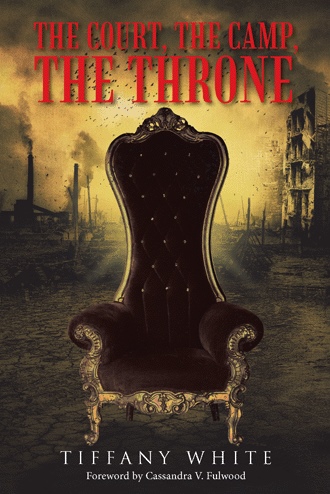 In God's eyes the field is a place of preparation, testing, and, at times, isolation. God sees your future and he has to mold you, and develop your character to be sure that you can stand and operate effectively in your future.

Key Point: A place where you are unknown, is a place of character development.

God sees your future and you must have character that will uphold you in your future position.

Your courts develop you, however it is up to you to choose how you are developed. God has a purpose but remember that the devil also has a purpose and he will most definitely try to taint your court experience by having you think and act negatively while there. You may frown upon the court God gave you, but be careful because you will end up harboring ill feelings towards God and the people who are in the courts with you. You will even have negative feelings towards those who weren't in your court experience because you felt they should have been there.

Your court experience will be sprinkled with battles with the purpose of developing and maturing the inner you. In this stage, God looks to open your eyes to the value that rests on the inside of you. 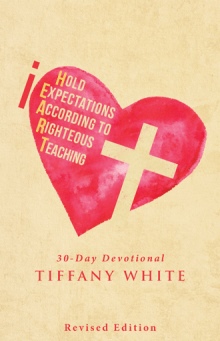 iHEART (I Hold Expectations According to Righteous Teaching)
Tiffany White
$11.95

Life comes. Life goes. As we travel this journey called life, we learn early on that it is filled with cycles—cycles of happiness, cycles of depression, cycles of disappointment, cycles of accomplishments, cycles of highs, cycles of lows, cycles of frustration, cycles of newness, and the list goes on. Nothing can stop these cycles; they are bound to happen. However, you can be better managers of them.

In The Court, the Camp, the Throne, author Tiffany White uses the life of David as an example and breaks his life down into three different stages (which we all face). As you read, you will find practical solutions and power-packed points on how to manage each stage.

Tiffany Saint-Martin was born and raised in the beautiful city of West Palm Beach, Florida. Early on, Tiffany could not deny that there was something very different about herself; she didn't fit in and her way of thinking stood out from others. Being born in a family of musicians and singers, Tiffany picked up musical skills very easily; however, her interest and desire for music wasn't as strong as her siblings. Instead, Tiffany enjoyed being independent and developed entrepreneur skills at an early age. While in elementary school, Tiffany desired to have her own money for Christmas, so she opened a home-based store and began selling merchandise right out of her family's home. In operating that store, she understood deadlines and the importance of reaching each deadline. This quality was the beginning of developing exceptional organizational skills. Tiffany graduated from Royal Palm Beach High School maintaining a 3.2 GPA. A few months later she landed a job as a sales assistant with an internationally known firm where she assisted the top producer of that company. Two weeks later, she started her studies at American Intercontinental University, majoring in Business Management. As she grew in the administrative arena, more advisors, planners, and CPA's began to utilize her services; not to mention that the district manager gave her the responsibility of supervising other assistants. In 2005, Tiffany's high school sweetheart proposed to her and they were married in July of 2007. In 2008, Tiffany graduated the top of her class (Summa *** Laude), maintaining a 4.0 GPA earning her Bachelors of Business Management degree. Later that year, the couple found to be pregnant and in 2009, Jacoby Bethea was born. A few months later, Tiffany preached her trial sermon and became a licensed Minister. In 2011, Elder Steve white, Bishop Albert Moore, and Pastor Jeffery Fulwood ordained Tiffany as Minister to preach to gospel. Everything seemed perfect, right? Not so much. In 2010, Tiffany learned her husband (at the time) committed infidelity & tragically they divorced in 2012. She literally went to the next level while enduring one of the most painful time of her life. In 2013, Tiffany (now a single mother) left her job by the direction and instruction of Holy Spirit & began the journey of being her own boss; hence Diligent Hands, LLC was born! Starting off with only two (2) clients, she now has maintained a clientele of over forty (40) individuals. She has hosted trainings, including training over twenty-five (25) McDonalds Supervisors & Managers, being a speaker and trainer at the 1st & 2nd Annual Women's Empowerment Conference held at the Ramada Inn & Residence Inn, being the keynote speaker at the Northside Kiwanis Club, and much more. She has had the honor of working with entrepreneurs and icons all over the country including Toni Harris, The Turnaround Queen. A few months later, Tiffany began writing her first book: i.H.E.A.R.T. - 30 Day devotional which was published by Tate Publishing (America's Top Publisher) and released to all major bookstores October 2014. In November 2014, Tiffany gave her hand in marriage to her best friend, Normile Saint-Martin. Together they have a blended family of an 11-year old daughter, Noralynne and 8-year old son, Jacoby. Although her schedule may be hectic at times, Tiffany loves the down times when she is home with her family where she's able to bond and teach her children about the things of God. In May 2015, God opened another door of opportunity. Tiffany began co-hosting on 101.1FM WDZP's evening talkshow "Talk To Me." Unfortunately, the radio station shut down in December 2015, however Tiffany began her very own radio talk show & podcast via BlogTalkRadio & Periscope. Ministry is her passion, and she has vowed that no matter where life takes her she is called and committed to serve as unto the Lord.