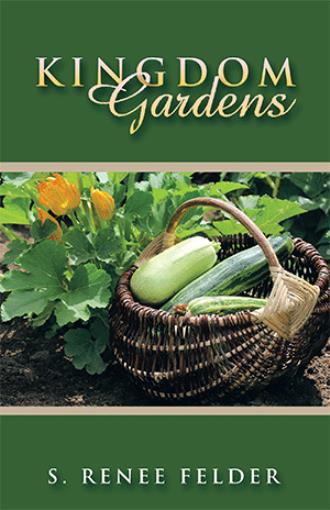 "One thing this experiment taught me was that a change in eating and our overall food habits in this country would not be easy. Even in our process, we knew we would be in food isolation for two months and prepared for it. But we also knew that we could and would return to purchasing groceries when it was over. Nevertheless, it was a start. "I didn't realize how dependent we as a society had become on our normal routine of going to the grocery store, eating out for our food needs, and of course, our wants. And not just for working folks. Even less fortunate people have access to food in our country, although not always nutritious. "I asked the Lord, was this it? What is it that you want me to communicate? 'Prepare,' is what I heard again. I kept seeking Him for clarity and direction. To summarize, through prayer and fasting, I was made to see Heaven's point of view on what we were to prepare for and how we were to prepare. My family's experiment was part of the process of Him revealing the blueprint, but there was much more to it. He wanted us, His Body, to do more to be ready for the coming changes. "What you have seen so far is only part of the blueprint; and not even the first part. The largest hurdle and the greatest learning curve is still yet to come.” Mr. Smith paused and took a deep sip of his water. "Is it the blueprint you are showing me this weekend?" I asked. "What you take home with you will only be a partial blueprint. The plan also includes finances, housing, medical, insurance…. every part of the economic system we have taken for granted for several generations. Our country is going through a metamorphosis. As the Body in our current age, we have the unique position of deciding the outcome of the changes we are witnessing in our country. "I understood that we had to prepare a safety net. So that we would not be in crisis mode as the changes come but rather in a position of strength and authority. A position similar to Joseph as described in Genesis 41. Do you know the story?" "Yes, I do," I replied. "Joseph received a revelation of Pharaoh's dream and was made to oversee stocking up grain for the coming famine as foretold in the dream." Mr. Smith nodded approval." I encourage you to go back and read again, including the subsequent chapters. There is a lot packed into the story, and the strategies are woven into what we are doing.” "OK," I said, planning in my mind to re-read that portion of Genesis before I go to bed tonight. "You did by choice what many people are experiencing now...lack of access to grocery stores and restaurants,” I said. “Only now, it's not a choice. There are tons of people who don't like what is happening with their choices being taken away. "It's been stressful for our community because we don't want to depend on the government for our needs, and we feel the price is too high. But we have seen some people comply with government requirements to keep from going hungry and continue having access to medical and housing. Some didn't want to but felt they had no choice. "I think the biggest reason why many Americans didn't plan is that we all felt that the problems were short-lived and things would go back to normal…pre-Covid normal at the very least. The United States has had its share of recessions and inflation. But we've always recovered in the past. This time it's different." My voice trailed off as I contemplated what I had just said.

Kingdom Gardens is a prophetic story depicting a picture of a Kingdom community in the year 2027. The kingdom community thrives while the rest of the country struggles with environmental changes, increased government control, and food scarcity. The story tells of a young man’s visit to a thriving kingdom community. While there, he learns principles to take back to his state, where his local group struggles to meet their communities’ basic needs, including food. Although the narrative is written in story form, principles and strategies can be immediately implemented for the individual, family, neighborhood, or even a city. The book is not just a story, it is a blueprint and a call to action for all of us to become engaged with food sovereignty and food insecurity solutions. Take the journey through Kingdom Gardens and be inspired by the possibilities of Kingdom coming to your home and community.

Sonja began receiving prophecies from the Lord shortly after dedicating her life to Jesus in the mid-1990s. As her relationship with the Lord grew, so did her prophetic gift. Around 2006, the prophecies Sonja received from the Lord started to include messages about the Church and the United States. Per the Lord’s instructions, Sonja began documenting many of her prophecies on an online blog. Sonja believes Omaha, Nebraska, and the surrounding region will be pivotal to what God is doing for this nation in the coming days. Sonja wrote and published her first book, The Bridge, Moving from Increasing Chaos to Future Peace, in 2019. The first book is a prophetic word about the banking system in the United States. Currently, Sonja resides in Omaha, Nebraska, where she owns and operates a Tax Firm. Sonja can be contacted via email at josephcolony@protonmail.com.