Walking With God Through Nature 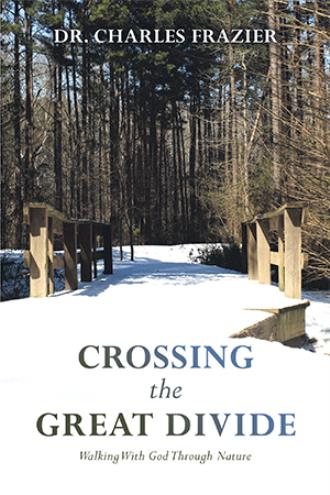 After a few days had passed, early one morning, Connie wanted to take the dogs for a ride. As we left the house, it was a gloomy, overcast day. We were just driving around because she wanted to get out of the house. We drove around for a while, and during the drive, she told me she wanted to go by the cross at Pinelake. The church has a cross made of old telephone poles that sits high on a hill that is in a big field surrounded by trees. The picture painted in my mind is a vision I get when we sing the song written by George Bennard, “Old Rugged Cross.” The first stanza tells the story of the day. “On a hill far away stood an old rugged cross the emblem of suffering and shame and I love that old cross where the dearest and best for a world of lost sinners was slain.” I was not sure why she wanted to go to the cross; all I could think of was that we needed Christ, and the cross is where sin was laid to rest, and new life was born. When she told me where she wanted to go, she reached down into her purse. She had brought the orange sticky notes that she had written all the comments and terrible things that were told to her about the affair. I did not know why she brought them. As we got closer to the cross, she told me she wanted to go kneel and pray in front of the cross. We parked the car and began walking up the hill. When I realized kneeling on the hard surface was going to be a painful experience, I went back to the car, and got a blanket to lay across the ground. I knew kneeling was not going to be the only painful experience but hearing her say the words she had written on the orange stickies was also going to bring back the brutal pain of my fleshly mistakes. We knelt down and she read each of the statements on the page. When she finished, she asked God to allow her to find forgiveness and for me to be forgiven. I cried through every statement. The pain and suffering I had caused created hurt that I could not release, but God could. She finished the final words on the last sticky, then she laid them on the ground at the foot of the cross and said, “I give this to you God.” We began to pray for the rebuilding of our lives and God’s forgiveness for my deceit. As we were praying a gentle wind started to blow, we both looked up at the cross to see the papers were flying away, piece by piece off into the wind. We knew God had heard our prayer. He felt our sorrows. He was comforting our pain. He was truly releasing the sins from each page and taking them away from us. The gloom of the day seemed to be a little brighter, but the clouds were thick, blocking the light of the sun. As we continued to pray, the clouds began to part. The gentle wind seemed to blow the clouds to open a small space in the sky to allow the sun to shine through. God’s light was being seen. He was shining down on us. It was a miracle! The day at the cross, God’s light shown through to brighten our day and give us hope. God’s gentle breeze had taken away my sins. On that day God began to heal a broken man and started to reunite the two souls He had put together almost twenty-five years ago. It was as if God had taken the sins from my soul, released the burden on Connie’s heart, and showed us that no matter the circumstances, His light was still shining for us. We cried, prayed, and thank God for the release. We gathered our blanket and headed back to the car. Before we pulled away, I open my music and played “Living Hope” by Phil Wickham. Jesus Christ is our living hope. The song was so fitting and the time at the cross was so releasing. God was working, and little did we know how He would carry us through tough times in our relationship. This work He started at the cross was God healing us to begin our journey.

In my pursuit of worldly success, I became lost in the darkness of the world. The road I was walking, God gave me signs and detours I choose to ignore. I let the enemy lead me into the dark abyss of life. Then one day, God shined a ray of hope into the darkness and brought me to a dead-end road. He led, I followed, and He brought His lost sheep home. He spoke, I listened, and I heard His voice. “He said, let us take our journey, and let us go, and I will go before thee” (Genesis 33:12). He would heal me, our home, marriage, and family. He would bless us through obedience; give me grace I did not deserve. He would teach me to have faith in Him as we walked the white rock path to cross the Great Divide to the other side. He would teach me as we journeyed to the top of the mountain in search of the lone tree atop the mountain.

Dr. Charles Frazier and his loving wife Connie, have a daughter, named Madison, a toy poodle named McCoy and a golden doodle named Harlee. He holds a Doctorate in Educational Administration and Supervision and retired as a high school principal after spending twenty-eight years working in public education. He finds peace in the beauty of God’s nature as he takes their dogs for long walks through the woods. He enjoys woodworking, and being outdoors, but his true passion is spending time in God’s creations with his wife, dogs, and family at their lake home at Lake Martin in Alabama. His genuine love for God’s creations and the gift of being able to hear God speak through nature, has led him to write the story of how God saved him and their marriage.