The Story of Setting the American Church Free 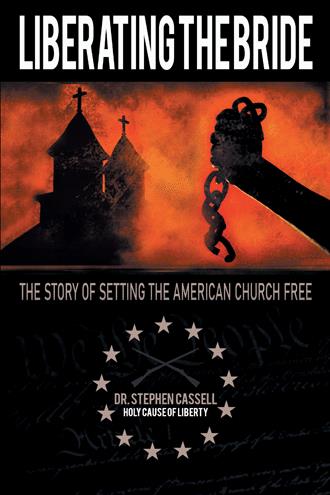 The battle lines have been drawn. The dust and corn husks blow in the Illinois wind. The enemies are now staring each other down with squinty eyes of steely resolve. It reminds me of some scene out of Tombstone where Wyatt has his hand resting on Peacemaker, his companion six-shooter. The flint-faced preacher has his hand on a leather-bound Bible, facing down the tyrannical bad guy spewing vile threats while backed-up by a Naziesque bureaucracy of villains. The country parson stands against the socialist machine embodied by the regime of Illinois governor J. B. Pritzker. The richest politician in America, who also holds a law degree and is protected by “executive power”, faces a regular guy who was not yet consistently paid his $500 salary backed by his wife and forty faithful church members. David, with his five rocks and few bleating sheep, clad in his Carhartt shepherd’s cloak, confronts the well-dressed billionaire governor Goliath, who has the national guard standing behind him while he thunders in fearmongering press conferences, preaching death to the masses for noncompliance to his ever-changing will. In terrorized solidarity, the complete state government opposes an unknown nobody with no connections, no friends in high (or low) places, no money, no lawyers, and no public support.

Worse yet, nearly all the other churches in America were complying with the mandates, making us look like fringe or cult weirdos. The legal odds were bleak no matter what the perspective. There was an advantage that we had, though, just like David in the famous battle. We had a covenant with God and a covenant with our Founding Fathers declared in a nearly 250-year-old piece of parchment paper that stood in our defense, called the Bill of Rights. I know that you do not know me personally, but those around me know that I do not go around saying, “God told me … God said to me …” very often. Overly using statements like that has the potential of maligning God’s character, and that is something I pray I never do. Yet in this case, I had diligently sought the Lord and His will in the matter. I was fully convinced that it was our divine mission to fight, to the bitter end, with whatever we had in our hand. As Thomas Paine said in inspiration to the soldiers of the American Revolution, “give me liberty or give me death!”

The necessary conviction and resolve were solidly fixed. Patriots and martyrs of the past were composing a great cloud of witnesses surrounding me with exhortations of cannon and camaraderie, righteous motivations to take a stand even if it seemed lonely, because I was not alone in spirit.

Another tangible advantage tipping the scales to our favor was that I had a deep revelation of God’s faithfulness. He has never let anyone down. “Never” is a “God word,” and so I use it very cautiously. But describing the character of God requires “God words” for proper accuracy. This deep understanding of faithfulness permeated my own character so thoroughly that it has become one of my greatest personal goals to fully apprehend. Even more invigorating, I was fighting for the Bride of Christ, the Church of the Lord Jesus. How many people get the humble opportunity to fight for the most beautiful and precious bride ever?

To build a divine opportunity for victory, and to become truly faithful, there is a patient process that cannot be usurped. That is frustrating to our microwave, fast-food, self-centered culture. To authentically accept a heavenly calling and be ready to fully embrace what will be necessary to that calling, it is required of that servant to be continuously faithful. “Faithful” is an adjective that can be applied only to a person who has spent years (maybe decades) in humility and submission toward God and the people He has placed around him or her. God is raising up these people today as we go into THE Great Awakening. Let this book inspire you to be a part of that generation who accepts the Holy Cause of Liberty for our neighbors and the Church.

In the infamous pandemic of 2020 the world was forced into tyranny through lock-downs and unlawful mandates. Steve could read the writing on the wall and anticipated that the assault was really about eliminating the Church. Jesus said in Matthew 16:18 that it was the Ekklesia (Church) that would be the offensive force against the working of hell, and therefore is one of the most essential and vital entities in America. This is the first pastor in the nation to take on the Goliath of tyranny and become the “tip of the spear” for the defense of the Church. Steve, his family and their Beloved Church was vilified and ravaged by the media and culture for his First Amendment stance. Eventually the outcome was that the illegal and discriminatory mandates were overturned by the Supreme Court of the United States and all of the Churches in America were victoriously Liberated!

Dr. Steve has been doing unconventional and radical ministry for over two decades. He has also spent twenty plus years in high level business and corporate positions. Steve has a masters degree in Executive Leadership and a Doctorate in Ministry from Covenant Theological Seminary. He planted a church in rural north-western Illinois in 2012 to pioneer a discipleship culture that would be capable of changing the world, one heart at a time. Steve has been gloriously blessed with his bride, Kay, being in covenant with him since 1995. They have raised two amazing kids who are currently navigating the realm of adult-ing. Steve has enjoyed traveling the United States and many additional countries ministering the Finished Work of Christ and illuminating the Holy Cause of Liberty to churches, freedom rallies and political events. He has accepted his role as a “modern day John the Baptist” striving to bring repentance from sincere souls that can prepare the way of our Lord Jesus and His Kingdom.