Joy out of Sorrow

A Birth Mother’s Journey of Healing through His Mercy 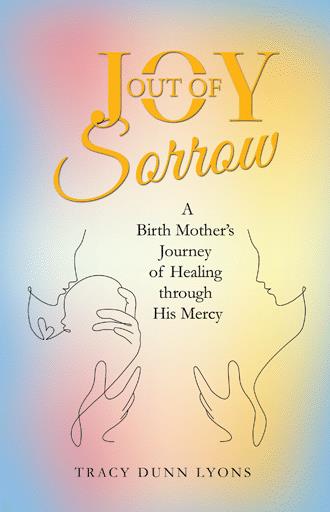 As a terrifed teenage girl with an unplanned pregnancy, Tracy Dunn Lyons read through every book on adoption she could find.

While she found lots of them, none told her the information she wanted to know:

In this book, she reveals how she ended up with an unplanned pregnancy in the first place, and the emotional roller coaster she went on in deciding whether to keep her baby or place him for adoption.

Abortion, she shares, was never an option—and she was shocked at how quickly some suggested it. As a devoted Catholic, she knew the value of a life. To this day, she recalls a bumper sticker her grandmother had on her car with a powerful message: “It’s a child, not a choice.”

After placing her son for adoption, she remained involved in his life, but she eventually took a step back. Years later, they rediscovered their bond—one that remains strong today.

Tracy is an active member in her church parish of Our Lady of Prompt Succor Church in Alexandria, LA and is a member of several prayer groups, whom she attributes much of her inspiration because of their countless hours of prayer along her journey.