Believing God for Greater Things Regardless of Circumstances 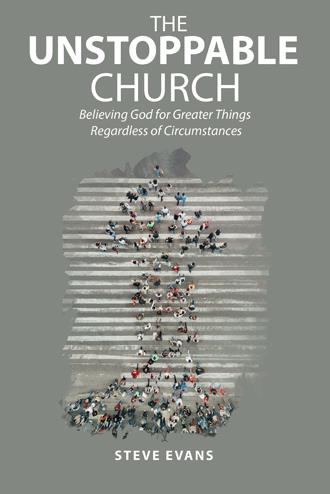 Introduction
The message of this book is based on biblical principles that have always been important for the church, but I believe the day is coming, if not already at hand, that these principles will become increasingly more important than ever before. The encouragement I am about to share used to be presented in the context of walking in victory or having a full and joyous Christian experience. I believe with all my heart that, if it is possible, every believer needs to not only become more familiar with these principles but also meditate upon them and the scripture that supports them until these truths become sewn into the very fabric of their souls.

This is no longer about an overcoming life, although overcome you will. In the future, this is going to be a word of survival. Understand that this is not a message in any way to teach a doctrine of works for our salvation; quite the contrary. This is a message that focuses with laser-like intensity upon the truths that will serve as the bedrock of our faith when the adversities of life set in. This is a message that will keep the church from trivial arguments and on target in fulfilling the great commission.

I’m writing this not exclusively, but primarily to the American church. I choose her as my primary audience because at the very core of this nation’s founding were the principles that served as safeguards for religious liberties. Because of this, the American church has lived with luxuries that have not been afforded to Christians in much of the world. Other believers around the world are forced to meet in secrecy, counting their natural lives expendable for the sake of knowing Christ, sharing fellowship with other believers, and sharing the gospel with those who have never heard. This they do under the threat of grave consequences such as persecution, torture, or death.

Meanwhile, in the United States, the church has been afforded such a grand luxury as to be able to build huge edifices that line the cities and sides of country roads throughout the nation. We come together at the appointed time without hindrance or harassment. We broadcast our message through the mediums of television, radio, and various online platforms. Houses of worship are offered tax exemptions and have been, to this point, favored very well by our government.

As a pastor of a church myself, let me assure you that what I am about to say next is in no way meant to scoff against the liberties, and some might say luxuries, that the church has enjoyed in America all these generations. However, as great as all this is, it has not served us well in the development of our spiritual stamina. Our tolerance is low for things that do not favor us and situations that do not cater to us. We seem to be a people who are easily shaken. We tend to get what I call the chicken little syndrome; every time it appears that some policy or platform might be advancing against us or behaving unfavorable toward us, we begin to speak and behave as if somehow God, for a moment, has been dethroned and the sky is indeed falling.

Living according to biblical principles has become more important than ever, and their truths must be sewn into the very fabric of the soul.

In this book, author Steve Evans highlights six timeless truths that will serve a bedrock of faith when adversities loom. The message he shares will help the church avoid trivial arguments, navigate difficult seasons, and stay true to mission as it seeks to fulfill God’s will, and the principles within serve as the foundation for ministry to move forward in any seasons.

Rather than teaching how to hedge against obstacles the church may face and opposition that may hinder the church from moving forward, this book encourages the church to take a faith-filled stance in the promises of God and move forward regardless of the obstacles.

The author points to proven principles that have helped God’s people prevail in the midst of trying circumstances and guides Christians and church leaders to apply these principles in their lives. God is with us on the rainy days—and the sunny ones as well. It’s time to trust in the Lord.

Steve Evans has spent twenty years in pastoral leadership and currently serves as the lead pastor of Faith Assembly Church in Winterville, North Carolina. He is a student at Ascent College of the Assemblies of God and has been happily married for twenty-seven years. He has two adult daughters and has lived most of his life in northeastern North Carolina.