Worldview of the Christian Faith 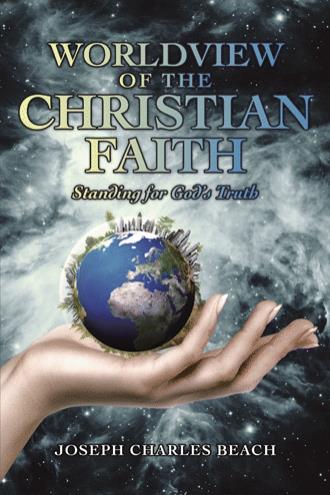 What about truth? Society seems to have little regard and respect for the concept of truth. By that, I mean how everyone distorts the truth or just tells outright lies to promote their agenda. The opinion seems to be if it's for the greater good, whatever that may be, then it's justified to tell lies and distort the truth. You can't watch the news on American television without watching some news reporter spinning a story to make it fit their agenda. The facts don't matter, the truth doesn't matter, the only thing that matters is that the story is slanted so that it teaches the reporter's point of view, or the network's point of view, in their attempt to control what the public should believe. News is no longer news; it is now a springboard for persuading public opinion to believe in a particular point of view. Truth has no value anymore, and it testifies to how badly the morals of society have gone astray.

This viewpoint also accounts for the reasons why social media wants to be in the business of controlling and blocking free speech. If the truth differs from their point of view, then social media wants to block it and hide the truth. If you post a value or point of view that is contrary to that platform's point of view, then the post is taken down immediately so no one will see it. Social media networks do not want anyone persuaded by a viewpoint that is different from theirs, so initially, they will suppress the post. If this happens more than once, you get canceled. Your account gets closed, and you are no longer allowed to post your opinion on their social media platform.

But is this right? Are we no longer allowed to speak our opinions freely? Apparently not! Just think about it, we are losing our freedom of free speech, and very few people seemed to be alarmed. As a society, we are in danger of losing the freedoms this country has enjoyed for over 240 years. So, what's next. What rights will we lose next? How about the 2nd amendment? It's just around the corner. The government will now use gun violence and so-called white supremacy threats as an excuse for abolishing the rights of citizens to bear arms. If the government achieves this there will be no turning back. Our long-lived democracy will be over. The government will have full power to impose any restrictions on the public it chooses.

Views of society are rapidly changing. But how would these changes in society impact me as a Christian, and how would it impact other Christians? Christians would not be immune from the changes in society, and this caused me to wonder how strong society's influence is over what Christians believe in, their moral values, and how we view God and the Bible. As I thought about this, I soon began to realize that society has had a strong influence over Christian values for many years. The first question I wanted to look at was, what values are Christian children learning in society today? With the schools no longer teaching anything about God, children only learn the values of the society. Sure, these children may learn about God in Church and Sunday school, or at home, but they only spend a few hours a day at Church and only go to Church once or twice a week. Consider that Children spend six to eight hours a day at school, and go to school five times a week. They are going to hear and learn more teachings at a school than they will from a Church, Sunday school, or even from home. This will have a great impact on any child.

After going to public school many Christian students start to develop doubts about their faith. They are bombarded by many different cultures, viewpoints, and teachings that greatly differ from what they know from Church. Then when they move on to college, they enter into a realm that does not teach anything about God, strongly rejects God, and boldly proclaims that God is a myth. By this time many Christians have completely lost their faith, or have abandoned Christianity and the Church. These Christians have now come to believe many false teachings about God, the Bible, and the Christian faith.

This is what caught me off guard the most during all the events of 2020. Many self-professed Christians were in lockstep with the views of society, even though these views are completely different than the views presented in the Bible. There are many Christians who express completely different views on society, the world, faith, social behavior, morals, and so on, views that were quite different than my own.

This took me somewhat by surprise. I had always assumed that Christians would have the same beliefs, the same moral values, would believe the words from the Bible and all stand together with one common faith. But in talking with many different people, Christians, and non-Christians alike, it became apparent that many Christians were supporting many of these new values of society instead of believing in the Godly values taught in the Bible. If we're Christians, shouldn't we all believe in the same thing, have the same values, and see the Bible in the same way?

Worldview of the Christian Faith explores the differing worldviews of our society against the backdrop of what Christians should believe.

Joseph Charles Beach, a devoted believer in our Lord and Savior, Jesus Christ, answers questions such as:

· Why do morals and values matter?

· Is the Bible still relevant in today’s modern world?

· How can Christians stand up for the truth instead of caving in to the whims of society?

· Can Christians defend their faith amid so many assaults on God and the Bible?

The author also explores whether science and the Bible can coexist and argues that skeptics of the Word should give Christianity another look. It may surprise you how accurate the Bible is, despite what you may have heard.

Only the Christian faith can offer hope, truth, and value to you as an individual. Whether you have lost your faith, want to ignite it, or are confused about what to believe, you’ll find valuable guidance in this book.

Joseph Charles Beach is a member of Gateway Church in Southlake, Texas. He graduated from the University of Texas, Arlington with a B.B.A. in business administration and worked in the stock brokerage business before joining the computer software industry twenty-five years ago. He is a devoted believer in Jesus Christ and has worked with several Christian organizations. He lives in Euless, Texas, with his wife of thirty-six years, Michele.