The Bible’s Prophecy about the Free World 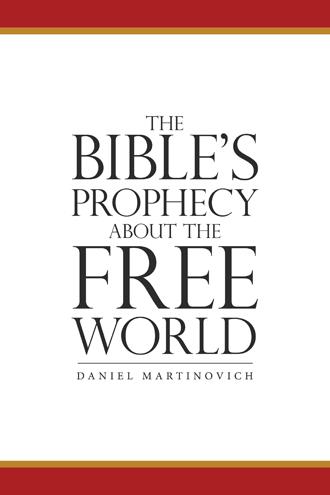 The Parable of the Laborers Hired to Work in the Field

The parable of the laborers hired to work in the field is related in answer to a question asked of Jesus by Peter. The question was regarding a rich young ruler who would not forsake his wealth to follow Jesus. Peter asked in Matthew 19:27 … "Behold, we have forsaken all, and followed you; what shall we have therefore?" Jesus answered:

Mark 10:29 … Truly I say to you, There is no man that has left house, or brothers, or sisters, or father, or mother, or wife, or children, or lands, for my sake, and the gospel’s, 30 But he shall receive an hundred times now in this time, houses, and brothers, and sisters, and mothers, and children, and lands, with persecutions; and in the world to come eternal life. 31 But many that are first shall be last; and the last first.

Notice how Jesus answered in perfect accordance with the prophecy about the wealth that would naturally be created and possessed by his people in a free and just world. But the apostles and those they won to Christ didn’t receive that, did they? In fact, the opposite occurred. Just becoming a real Christian in the centuries to come meant forfeiting everything, often including one’s life. So what we actually have here is Jesus being careful to acknowledge the Bible’s prophecy on this matter but placing this stipulation on it: “But many that are first shall be last; and the last first.” This saying is a bit dark and mysterious. The parable that goes with it, though, clears it up. It precisely mirrors all the prophecy we have been reading about the free world and the prosperity that would occur in it.

Matthew 20:1. For the kingdom of heaven is like a man that is a householder, which went out early in the morning to hire laborers to work in his vineyard. 2. And when he had agreed with the laborers for a penny a day, he sent them into his vineyard. 3. And he went out about the third hour, and saw others standing idle in the marketplace, 4. And said to them; You go also into the vineyard, and whatever is right I will give you. And they went their way. 5. Again he went out about the sixth and ninth hour, and did likewise. 6. And about the eleventh hour he went out, and found others standing idle, and said to them, Why are you standing here all the day idle? 7. They say to him, Because no man has hired us. He said to them, You go also into the vineyard; and whatsoever is right, that shall you receive. 8. So when evening was come, the lord of the vineyard said to his foreman, Call the laborers, and give them their hire, beginning from the last to the first. 9. And when they came that were hired about the eleventh hour, they received every man a penny. 10. But when the first came, they supposed that they should have received more; and they likewise received every man a penny. 11. And when they had received it, they murmured against the good man of the house, 12. Saying, These last have worked but one hour, and you have made them equal to us, which have borne the burden and heat of the day. 13. But he answered one of them, and said, Friend, I’m not doing you any wrong: didn’t you agree with me for a penny? 14. Take what is yours , and go your way: I will give to this last, the same as you. 15. Is it not lawful for me to do what I will with mine own? Is your eye evil, because I am good? 16. So the last shall be first, and the first last: for many be called, but few chosen.

Here is the interpretation: the householder is Jesus and the vineyard is the world. The labor is the labor of the gospel and everything else that is God’s will to be done on earth. The burden and the heat of the day is the persecution, resistance, hatred, and murder visited upon the servants of God. The payment for the labor is eternal life in heaven. The pioneers, those who take the gospel to new areas first, face the worst the world can throw at them. All the apostles except John were eventually murdered. Not only was this true in the apostles’ day, but it has been pretty much the case in bringing the gospel and other issues of God as spelled out in his Word to any new region. As time goes on and the influence of God’s invisible kingdom grows in a culture or nation, the level of persecution shrinks. One might say that in the last hour, meaning in a time when a nation is under the maximum influence and is now a free nation, persecution can be almost nonexistent. But there is still labor. There has to be; otherwise, the influence from heaven via his Word can’t be maintained. The resistance is just not as intense.

Here is what Jesus means when he says that the first are last but the last are first. The first in order are the last in the sense of receiving the earthly promises of God. It is the last in order, whose labors are built upon previous generations’ labors, who are first. They get the opportunity to have those earthly promises fulfilled in their lives—promises that can be fulfilled only in a free and just world. That is the sense in which they are first. In the parable, Jesus further clarifies this meaning by also saying, “… for many are called but few are chosen.” Paul uses the same terminology in the first three chapters of Ephesians regarding the people of faith in the new covenant era. Here are a few verses from those chapters.

There are over a hundred chapters of Bible prophecy about a growing free world before the book of Daniel ever uttered a word of end time prophecy. A world in which kings and emperors, dictators and warlords, are being brought to nothing. A world in which there is no more legal slavery and the earthly promises of God made to a hundred generations of saints, unfulfilled in their time, could finally begin to come to pass. This simply could not occur in the ancient despotic world where the poor masses had little to no control of their temporal or even their eternal destinies. The prophecies you will read about in this book promised an era of conditional freedom and prosperity for many nations. They promise God’s people who live in these nations will be free from the fear of oppression, and that they will be able to raise their children as they see fit. They promise the nations and peoples most influenced by the Bible and its principles will be the dominant nations in the world, just as they have been for the last 500 years. None of this occurred when the Messiah came, or with the end of the first covenant age and the horrible destruction of Jerusalem in 70 AD. In fact, it got even worse for true believers after that. It certainly did not occur when European empires and kingdoms began to claim Christianity. This all began to occur in a specific year prophesied in Daniel and Revelation, and for a specific reason. The journey you take through “The Bible’s Prophecies about the Free World” is going to change your life and rock the world around you. Nothing will ever be the same. “No eye has seen, no ear has heard, no heart has imagined, what God has prepared for those who love Him,” (1 Corinthians 2:9).

Daniel Martinovich was ordained by Cornerstone Christian Center in Thousand Oaks, CA 35 years ago. The focus of his teaching has been on the harder to understand subjects of the Bible that people generally want to understand but the materials are just not available. His teaching website www.wordservice.org has an average of close to 30,000 hits per month with articles that have appeared on the first page, and in some cases the first article of Internet searches by subject, some of them for a decade. The book, The Bible’s Prophecies Of The Free World encapsulate much of that work in what seems to be the very thing the Christian world is craving in this day and hour, good news about the future of a growing free world.